THE DARK AND THE WICKED Is a Devilish Delight - Nerdist

THE DARK AND THE WICKED Is a Devilish Delight

Imagine a cabin deep in the Southern countryside, hugged by trees and farmland, bathed in shadows. A man lies comatose in one bedroom. A woman sews dresses in the gray basement. She’s surrounded by mannequins; ghostly bodies that don’t mimic life so much as they spell unease. They recall something else in the house—something unseen. A presence that poisons the people inside. All houses have stories to tell. This one has several.

Bryan Bertino knows how to manifest dread. The writer/director burst onto the scene with the hit horror flick The Strangers, about a terrifying home invasion. Now he’s back with The Dark and the Wicked, another invasion movie—this time, of the demonic variety, and of the things that grow between families until they rot. “You should have never come,” a mother’s voice echoes through the film. But it doesn’t matter where we go or where or how long we stay there; family pulls us back in, binds us together, and has the power to tear us gruesomely apart.

The Dark and the Wicked tells the story of a broken family gathering in rural Texas after the patriarch falls ill. While he’s bedridden, his wife (Julie Oliver-Touchstone) goes slowly mad, taking her own life shortly after her adult children—Louise (Marin Ireland) and Michael (Michael Abbott Jr.)—return home. The siblings are thrown into a grief so terrible it tears through them, striking them with dark, haunting visions: of blood, of death, of figures in the night. But are these mere plays of the imagination, or is something more sinister afoot? Something devilish?

The film keeps us at arm’s length, with icy night between us and Louise, who’s centered in this nihilistic nightmare. Ireland gives a tremendous performance with high-caliber delivery that elevates every scene. She moves through each frame with a nervous energy that punctuates the sparse landscape she occupies. It’s impossible to look away from her; she has the perfect horror aura, transfixing and peculiar. Her rapport with Abbott Jr. draws us in so that every horrible thing that happens to them feels like the twist of a knife. 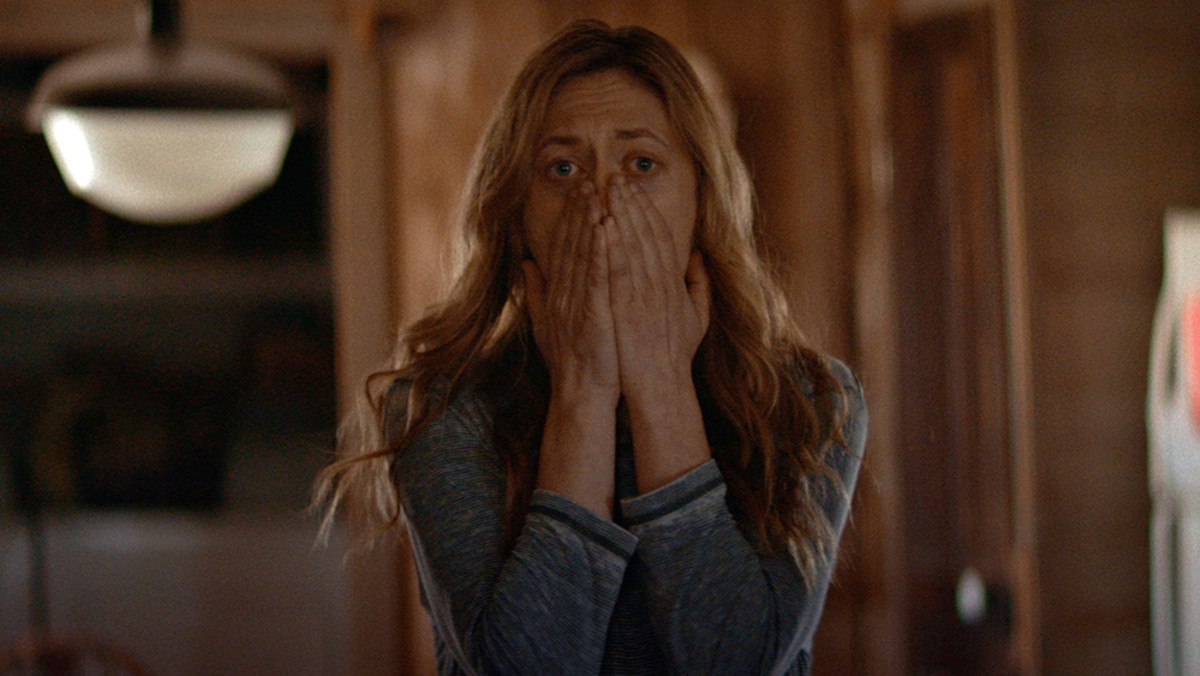 And oh boy are there knives in this movie. Plenty of them. Knives that cut through flesh and slice off body parts. The Dark and the Wicked is loaded with piercing imagery like this, subtle moments that pack a punch. Bertino is a master at this kind of paralyzing, suspicious fear. He layers the film in religious iconography that teases the presence that haunts the siblings. Their Godless mother hoards plastic Sunday school crosses and writes journal entries about the devil. A maniacal priest (Xander Berkeley), channeling Kane from Poltergeist 2, shows up unannounced. There are omens. Bleating sheep underscore the horror in the household. A great unspoken energy between everyone—a disparateness where evil manifests.

These various strains never quite convene in a satisfying narrative way. Still, The Dark and the Wicked is a delightfully unsettling film with amazing performances, atmosphere, and visuals. Bertino has another impressive horror entry on his hands. The sort of chilling film you’ll think about well into the night. We’re glad we didn’t stay away.

TAGGED: Fantasia Fest 2020, The Dark and the Wicked