The Crew of FIREFLY ADVENTURES Expands To Include Book, Inara, River & Simon

Gale Force Nine’s Firefly board game is a sprawling adventure of assembling our favorite crew and taking on the ‘verse. It’s been a huge hit that’s seen multiple expansions and a ton of flight time. As the product matured and reached an age where it stopped growing, it left a bit of a void among fans of the property.

Well, not any longer. That big damn hole is filling back up with cardboard and plastic and gorram violence. GF9 came out of the black in 2017 to drop Firefly Adventures: Brigands and Browncoats. This is an altogether different approach to Firefly than the previous board game, taking the fight from cold of space to the bristling dirt on the surface.

This is a miniatures-based board game where players cooperate to move the iconic crew members of Serenity around a shanty town, avoiding or colliding with thugs and cowboys, all in the name of completing a job. It’s those climactic moments featured in each episode as this half-dungeon crawl half-skirmish design features those quiet tense moments that abruptly boil over and unleash chaos. This is Firefly as it’s meant to be–messy and unruly. 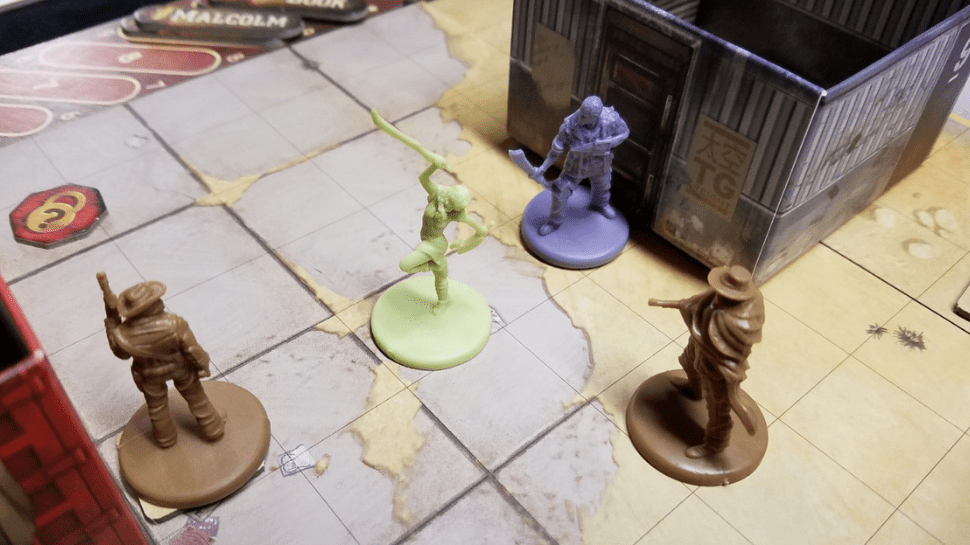 But that was last year (well, technically two years ago since we’re in the future of 2019). Now we’re excited all over again for this game because the crew is finally complete. Two small expansion boxes have been released offering additional figures, cards, and missions.

Respectable Folk brings Book and Inara to the table. They’re both very capable protagonists that can excel in social situations as well as handle themselves in a tussle. Inara particularly can help smooth things over as she’s able to talk a guard down who is alerted, having them return to their post and halt their aggression. This is a powerful option that gives her a unique role among the crew. Book is no slouch able to provide some punch when things get hairy as well as some flexibility during more casual moments.

The second expansion pack is the prime cut. Wanted Fugitives allows players to slip into the rattled mind of River or the tortured anguish of Simon. The two operate hand in hand courtesy of their unique implementation.

One of the hallmark systems of this design is how players straddle the line between violence and smooth talking. You begin jobs in casual mode, walking about slowly and trying to remain a calm demeanor. It feels almost like a stealth game as you avoid the busy thoroughfares in order to break into the nifty 3D buildings around the map and disabled security systems. But things can go south in a hurry. They always do.

Once the action starts characters will often find themselves flipped to the Heroic side of their player boards. In this stance River is an absolute badass. She’s outright terrifying and able to obliterate goons. It feels spot on, just as you want it to be. The problem is that River is manic. She can’t calm herself down and return to Casual mode as other characters can. Instead, Simon has an ability to mollify his sister and defuse the situation. This is fantastic as it offers a strong almost necessary incentive for players to choose both together and maintain narrative integrity.

While Simon may appear second fiddle, he does boast some tremendous options. Being a doctor he can provide natural healing which is difficult to come by. He’s still able to keep up in a shootout, albeit meagerly, but he always has worth due to his flexible tech skills. In an abstract way he’s the closest thing you’ll get to a party role of a cleric, something the group will be intensely grateful for in the more bloody sessions. 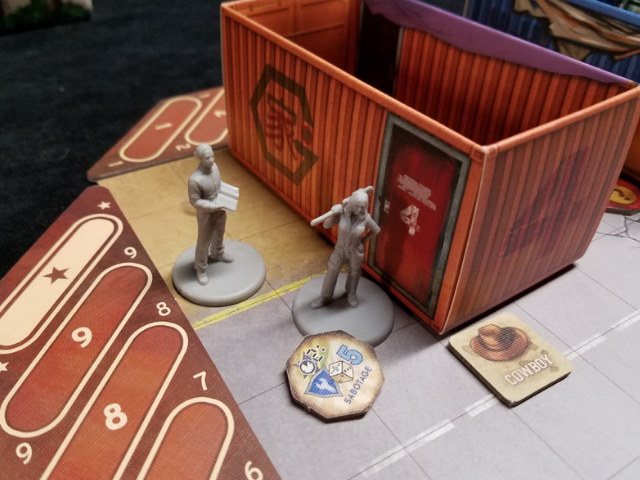 While the characters in these extensions are wonderful, the biggest boon is a bit of a surprise. Each box adds three new jobs to the meager list of four found in the base game. Scenarios in Brigands and Browncoats tend to be slightly more complex than those of similar designs, offering special rules and custom event charts in addition to goals and a map layout.

The four options in the base game were strong samples, but the sheer lack of quantity was always a niggle. With a total of six new jobs among these two expansions, that problem is long gone. Even better, these are some of the most interesting and dynamic missions we’ve seen. There are expansive vistas requiring you run all about a large board. There are tight alleyway brawls where you pop back and forth between Casual and Heroic. There’s even a completely bonkers scenario where you begin in a building and that’s the only element placed on the map. You explore, room by room, in what feels faintly like a straight up Firefly dungeon crawl. It’s refreshing and totally rad.

Similar to the base game, it’s also amusing to see the bottom of each expansion box utilized in the game as a new room. The 3D buildings found in each scenario can be somewhat of a pain as they’re prone to rotate or get bumped easily, but they add a significant touch of atmosphere and flavor. New options in each of these sets is greatly appreciated.

Both Wanted Fugitives and Respectable Folk offer exactly what this game needed. We have more crew, more jobs, and more crucial variety. This is a very strong and underrated experience that deserves wider attention. Firefly Adventures is a hell of a time, and I’m ecstatic to see what the future holds.

Have you played Firefly Adventures? Let us know in the comments!