The Biggest Pop Culture Anniversaries in 2018

A new year is upon us and with it a lot of incredible pop culture anniversaries to celebrate! This year has a particularly great lineup with a whole bunch of our favorite films, games, comics, anime, and TV shows hitting massive milestones. We’ve collected some of the most important moments from those mediums for you right here so you can keep track of all the rad things you should be celebrating in 2018! 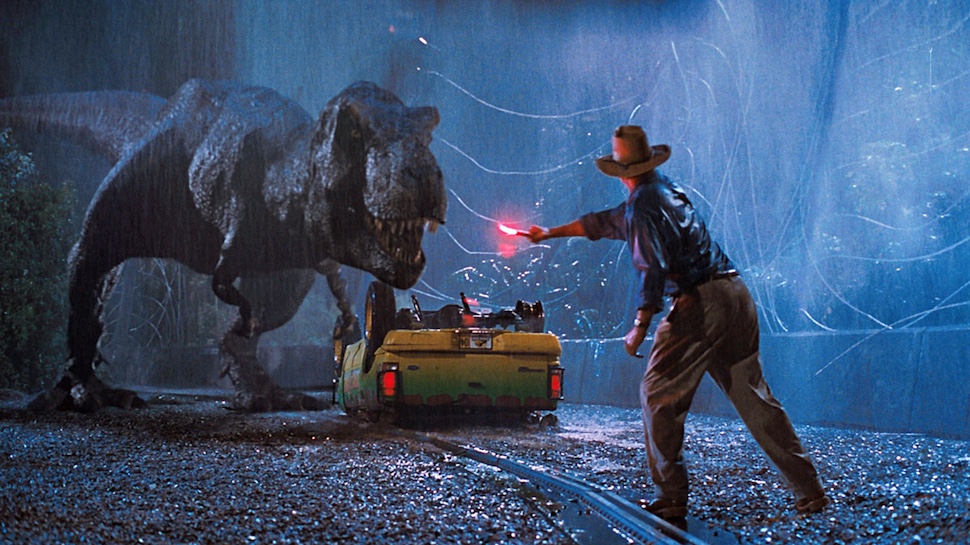 Beetlejuice – March 1988 (30th)
Michael Keaton and Winona Ryder’s breakout roles paved the way for Tim Burton to direct Batman, and they created a stone cold classic in the process. Though the men may have top billing here, Winona truly steals the show as Lydia Deetz, the depressive goth daughter of the awful new inhabitants of a supremely haunted house.

Die Hard – July 1988 (30th)
Everyone’s favorite Christmas movie celebrates three decades this year, so it’s the perfect time to once again revisit Nakatomi Plaza and enjoy Bruce Willis in a vest as he saves the day in the way only John McClane can. Yippee Ki Yay!

Grease – June 1978 (40th)
Olivia Newton-John and John Travolta’s classic musical hits the big 4-0 this year with fans still as in love with the iconic songs, throwback fashion, and kooky characters as they were in 1978.

2001: A Space Odyssey – April 1968 (50th)
Kubrick broke the mold with his genre defining trippy sci-fi flick. If you’ve yet to check it out, 2001 is a film that has to be seen to be understood. As we move ever closer to the singularity, the film seems more prescient by the day. Breaking Bad – January 2008 (10th)
AMC‘s prestige TV hit is celebrating its first big milestone, as fans marvel at the fact it’s really been a decade since they first discovered Walter White. Bryan Cranston surprised everyone with this dark portrayal of a terminally ill man who decides to establish a crystal meth empire.

Sons of Anarchy – September 2008 (10th)
Charlie Hunnam might be a massive Hollywood star now but ten years ago he was just a tough cutie in a leather vest. Another prestige TV hit, S.O.A. was a fantastically popular fictionalized account of life in a biker gang, also starring Hellboy himself, Ron Perlman.

True Blood – September 2008 (10th)
The sexy vampire/werewolf/fairy fanfic that you never knew you needed! It’s been a decade since you fell in love with a creepy old confederate vampire named Bill and Joe “never wears a shirt” Manganiello. Sookie and her posse of hot lovers spiced up Sunday nights for seven saucy seasons.

Powerpuff Girls – November 1998 (20th)
For those of us who grew up in the ’90s, Cartoon Network holds a special place in our hearts. Powerpuff Girls was one of their classic original cartoons, following Bubblegum, Buttercup, and Bubbles, three young superheroes created in a lab to help save Townsville.

Charmed – October 1988 (20th)
Charmed was a forerunner to so many of the supernatural shows which now fill our TV schedules. Essentially a magical soap opera about witches in San Francisco, the series was a cult hit and ran for eight seasons on the now defunct WB. Magically, it’s still in syndication to this day! Akira – December 1988 (30th)
One of the best movies ever made, Katsuhiro Otomo’s dystopian vision of the future is one of the most striking and influential cinematic efforts of all time. From Kaneda’s iconic bike and jacket to Tetsuo’s transformation, Akira is your favorite director’s favorite film.

Blade of the Immortal – July 2008 (10th)
It’s unbelievable to think that Hiroaki Samura’s fantastical anime debuted ten years ago. Adapted from the long-running manga series of the same name, the show follows Manji, a samurai who has to kill 1000 evil men to break a curse of immortality.

Cowboy Bebop – April 1998 (20th)
Probably one of the most well known anime series, Cowboy Bebop turns 20 this year. The 26 episode series followed bounty hunters on the good ship Bebop as they hustled their way through the radical intergalactic landscape.

My Neighbor Totoro – April 1988 (25th)
The world’s favorite auteur Hayao Miyazaki delivered what would become one of his most memorable movies to the world in 1988 with My Neighbor Totoro. The beautifully sweet tale of two young girls and their friendship with a mythical forest creature is a complete treat.

Grave of the Fireflies – April 1988 (30th)
In a dynamic double-up from Studio Ghibli, the Japanese animation powerhouse also released this devastating WWII tragedy about a pair of siblings attempting to survive. A powerfully moving look at the true cost of war. The Legend of Zelda: Ocarina of Time – November 1998 (20th)
One of the best games ever made, Ocarina of Time is the fifth entry in the Zelda franchise, following Link on another fantasy-filled adventure. Originally released on the N64, the game was well received. But it’s in the last two decades that it’s come to be seen as an all-time great.

Grand Theft Auto IV – April 2008 (10th)
The 11th entry in the GTA series, 2008’s GTA IV broke a lot of records, making $500 million domestically in its first week of release. The classic open world game placed you in Liberty City. As Niko, you had to best mob bosses and loan sharks whilst driving really fast and having lots of fun.

Half-Life – November 1998 (20th)
In a gaming landscape full of boring first person shooters, Half-Life was a breath of fresh air. It elevated the FPS format by introducing complex puzzle solving and an in depth narrative that fans adored. The game is also revolutionary because it didn’t include any cut scenes, giving the player complete control.

Metal Gear Solid – September 1998 (20th)
Made by everyone’s favorite internet uncle Hideo Kojima, Metal Gear Solid was the high concept stealth action adventure hit of the late ’90s. Following Solid Snake as he sneaks around a nuclear facility trying to save the day, the game is also notable for its full cast of voice actors.

Banjo Kazooie – June 1998 (20th)
A classic of the ’90s platform craze, Banjo Kazooie is one of the wilder entries in this list. Originally meant to appeal to fans of the unbelievably popular Disney platformers from NES/SNES, the technicolor game about a bear and bird was released on the N64 to huge acclaim.

Starcraft – March 1998 (20th)
Though it may have been forgotten by some, Starcraft and its follow up Starcraft II are still some of the most popular games on Earth, with professional leagues in South Korea that are televised and lead to hugely profitable sponsorships for the top eSports athletes.

Final Fantasy II – December 1988 (30th)
FF is one of the largest and most epic gaming franchises that’s ever existed. Though FFII may not be the most famous, it actually laid the groundwork for a lot of the most popular parts of the later games.

Super Mario Bros. 2 and 3 – 1988 (30th)
It’s rare that a company will put out two games from the same franchise in the same year, but in 1988 Nintendo did just that. Super Mario Bros. 3 is easily one of the most beloved entries in the franchise, whereas the more controversial Super Mario Bros. 2 was actually a reworking of a Japanese platformer with the sprites switched out for Mario, Luigi, Princess Toadstool, and Toad. The Killing Joke – March 1988 (30th)
Alan Moore and Brian Bolland’s controversial classic has long been deemed one of the best comics ever made. The prestige format book came out 30 years ago and brought the bleak grittiness of Moore’s Watchmen to the Bat-family.

Batman R.I.P. – May 2008 (10th)
Grant Morrison is beloved, so when he was announced as the writer of Batman fans were understandably excited. This year his Batman R.I.P. arc turns 10, so it’s a great time to revisit Morrison’s wild vision of Gotham which saw the seminal creator attempt to reconcile Batman’s Silver Age past with current canon.

The Maxx – March 1993 (25th)
The Image Comics revolution was a pivotal moment in comics when seven creators broke off from the Big Two and founded their own company. The Maxx is one of the second wave of original titles from the new publisher, as well as being the second Image series to be adapted to the small screen with a cult MTV cartoon.

Batman: Knightfall – April 1993 (25th)
This includes arguably one of the most iconic moments in bat-canon as Bane breaks Batman both literally and metaphorically. This was a huge moment in comics history and one that saw Bruce finally take off the cowl, with the Batman mantle taken over by the anti-hero Azrael.

A Death in the Family – November 1988 (30th)
Remember when DC thought it was a good idea to let people vote on whether or not a teen boy should die? Well that was 30 years ago and that boy was Jason Todd. With a margin of just 72 votes it was decided that Batman’s latest Robin would die. And die he did as the Joker took a crowbar to his head in this now infamous story arc.

Superman – 1938 (80th)
The first recognized superhero comic, Jerry Siegel and Joe Schuster ushered in the age of heroes when they created Kal-El, a young alien sent to Earth when his planet was destroyed only to be raised by kind farmers in Kansas. The rest as they say is history with Superman becoming synonymous with comics, superheroes and in 2018 pop culture itself.