A Breakdown of Every Villain In THE BATMAN Trailer - Nerdist

A Breakdown of Every Villain In THE BATMAN Trailer

The trailer for Matt Reeves’ The Batman blew our minds at FanDome this weekend. We were expecting a look at the movie but not necessarily a full teaser trailer. What a gift! And what a neat surprise, considering–as Reeves explained at the virtual fan event–they’ve only shot about a quarter of the film so far. If this is just 25 percent of what The Batman has to offer, we can’t wait to see what else is in store.

One of the things we’re most excited about when it comes to The Batman is the rogue gallery. It looks like this film is chocked full of classic Batman villains–with more to come?–and some of them are even hiding in plain sight in the trailer.

Here’s a breakdown of every villain–and possible villain–in the first trailer for The Batman and what they could bring to the story. 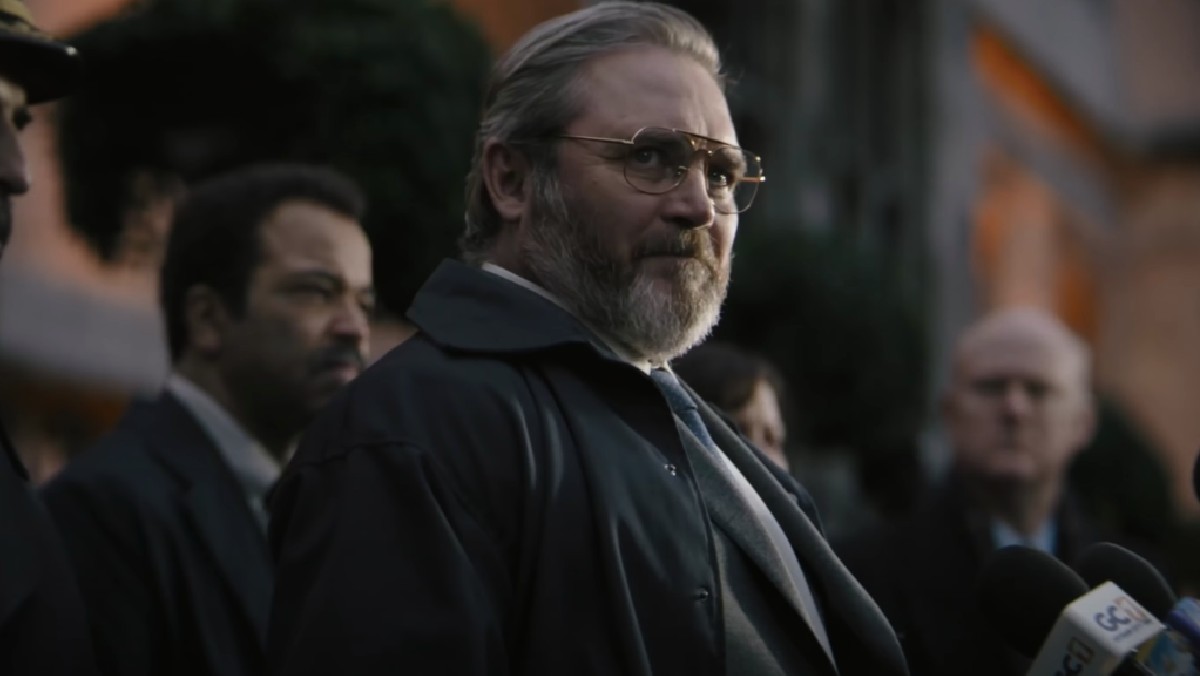 At FanDome, Reeves spoke in depth about the corruption at the heart of Gotham City and how that plays into the film. Indeed, we see Batman’s fraught interactions with the Gotham P.D. (who will soon get their own HBO Max series) in the trailer. We also see him peering from afar at Commissioner Pete Savage, played by Alex Ferns. The character was created by Reeves and does not appear in DC Comics, although he shares his last name with supervillain Vandal Savage. That’s more than likely an homage or coincidence, however. It looks like this Savage might just be a plain ol’ corrupt commissioner who paves the way for Jim Gordon (Jeffrey Wright) to take on the role.

In his FanDome introduction, Reeves also said that though the film is not an origin film for Batman, it is for a few of his villains. This includes Selina Kyle (Zoë Kravitz), the woman who will become Catwoman. We see Selina in a few shots of the trailer. In the first, she’s in her classic cat burglar attire–complete with a pointy-earred balaclava–stealing from a crime scene. It looks like the same crime scene where we also see the Riddler (more on him in a bit). Is she robbing the (presumably) dead mayor’s house? That would make sense for a burglar. Too bad for her, the Batman sees all and interrupts her later on in the trailer.

So how will Selina Kyle factor into this story? In the comics, she is in a near-constant tête-à-tête with the Caped Crusader. They are frequently enemies, sometimes lovers, occasionally allies. Considering this is the thief’s pre-Catwoman phase, we have to imagine she’ll share some sexual tension with Batman but ultimately fall on into the villain category. For now, at least.

Oswald Cobblepot a.k.a. The Penguin

Do you recognize this man? It’s actually Collin Farrell buried under some hella convincing prosthetics. He’s playing Oswald Cobblepot, who we’ll eventually know as the Penguin. Reeves mentioned that, at this stage, Cobblepot does not enjoy that nickname one bit. We see him a few times in the trailer. First, at a recycling plant, presumably involved in some nefarious business. And later, driving from the Batmobile yelling, “This guy’s crazy!”

In the comics, Cobblepot starts out as a low-rung member of Gotham City’s criminal underworld, but through his cunningness, eventually becomes a kingpin. Mocked for his stockiness and loathed by his aristocratic family, he has all the makings for a supervillain. His association with crime in Gotham is likely where he fits into The Batman, another foe contributing to the decay of the city.

The big baddy on display in the trailer is the Riddler. He’s the first villain we see, unspooling duct tape to wrap around the mayor’s face. We get a closer shot of this moment near the end of the trailer, and plenty of references in between. The puzzling card left at the first crime scene? That has Riddler written all over it. (Literally.) He appears to be the bad guy behind the recent string of murders in Gotham City, including that of Mayor Don Mitchell, Jr.

So why is he terrorizing the city? He appears to be onto something. We hear Paul Dano’s voice throughout the trailer, mocking Batman. “If you are justice please do not lie, what is the price for your blind eye?” he asks in a strange cadence. In the trailer’s postscript, he tells Batman, “You’re part of this, too,” indicting the Wayne family may have something to do with Gotham City’s corruption. Could this be related to the Court of Owls, the crime group with ties to the wealthiest families in the city? If so, The Batman may deal with Bruce’s guilty conscience over his family’s association with some of the most ghoulish machinations behind Gotham’s crime.

The Riddler, whose real name is Edward E. Nigma (or Nygma, depending on the author), is an iconic Batman villain. His obsession with leaving riddles for Batman borders on compulsion, as do his murder sprees. It appears his fixation in The Batman is to reveal some sort of conspiracy in a twisted, maniacal fashion.

At first glance, this gang appears to be a group of regular Gotham City thugs taunting Batman. But who are they really, and what do they represent? It’s one of the more puzzling questions posited in The Batman trailer. They appear to be dressed in black-and-white skull makeup. This could indicate a tie between the group and the Penguin. Are they Cobblepot’s goons, stalking through the sewers of Gotham that we know he frequents? Very possibly.

They might also be a remnant of the Joker. The Batman is set in Year Two of Batman’s role in Gotham. In the comics, Year One ends with a tease of the Joker. Is it possible he was Batman’s first off-camera foe before the events of this film? A few of the gang members appear to have faux “Glasgow smiles,” similar to Heath Ledger’s take on the character. We know the Joker’s ideology is somewhat contagious, so it would make sense that a gang spawned from his antics. (This is also in line with the Arkham City games, where the Joker has a street gang.) Maybe this is why Batman is so eager to brutalize one of the gang’s members.

Or maybe the group is the Mutants, who appear in The Dark Knight Returns. They’re another street gang terrorizing Gotham City, who face off with Batman. However, the Mutants have a very different look in canon, and are more associated with Batman’s retirement than his early days. They are also known for their advanced weaponry, which these guys do not have. (They just have iPhones.) It’s possible that they’re an early iteration, however.

We’ll find out more when The Batman hits theaters (hopefully) in 2021.