How THE BATMAN Nods to a Controversial Bat-character - Nerdist

How THE BATMAN Nods to a Controversial Bat-character

There’s a lot to explore in The Batman. Matt Reeves’ dark, delightful, and downright brilliant take on the Dark Knight is three hours of Gotham-set crime fighting like we’ve never seen. Amidst all that noir-steeped drama, Reeves weaves in his love for every iteration of Batman. One of the most unexpected influences is that of Batman 1966. The Adam West show seems a world away from the darkness of the Bat, but Reeves is a huge fan and that comes across in many little ways. The one we’re here to talk about is Dory (Sandra Dickinson), the woman who lives with Bruce Wayne and Alfred, and how she appears to be a nod to Aunt Harriet!

Who Is Aunt Harriet?

While she’s best known for her appearance in Batman ’66, Aunt Harriet was first introduced in 1964’s Detective Comics #328. She was the paternal aunt of Dick Grayson who’d been unable to take on the child after his parents died. But in the mid ’60s she moved into Wayne Manor as a housekeeper of sorts. What inspired this choice? Well, that was a man called Frederic Wertham and his famed depositions about the damage that comics had on young minds. The author of the notorious book Seduction of the Innocent, Wertham inspired a wave of comic book burnings, the implementation of the Comics Code of America, and—according to DC editor Jules Schwartz—the creation of Aunt Harriet.

In his autobiography, Schwartz shared that Wertham “maintained that comics were harmful to kids, and one of the things that came up was about how ‘unnatural’ the living arrangements were at Wayne manor—what he construed as basically a household of three unmarried males—and the self-proclaimed expert raised unfounded questions about what might really be going on. So I decided to bring a woman into the household, a spinster aunt of Dick ‘Robin’ Grayson, who could possibly be seen as a sort of chaperoning den mother. Her name was Aunt Harriet.” The implied possibility of homosexuality and the idea that a woman living alongside them would somehow stop Batman and Robin being gay became a key part of Aunt Harriet’s mythos. 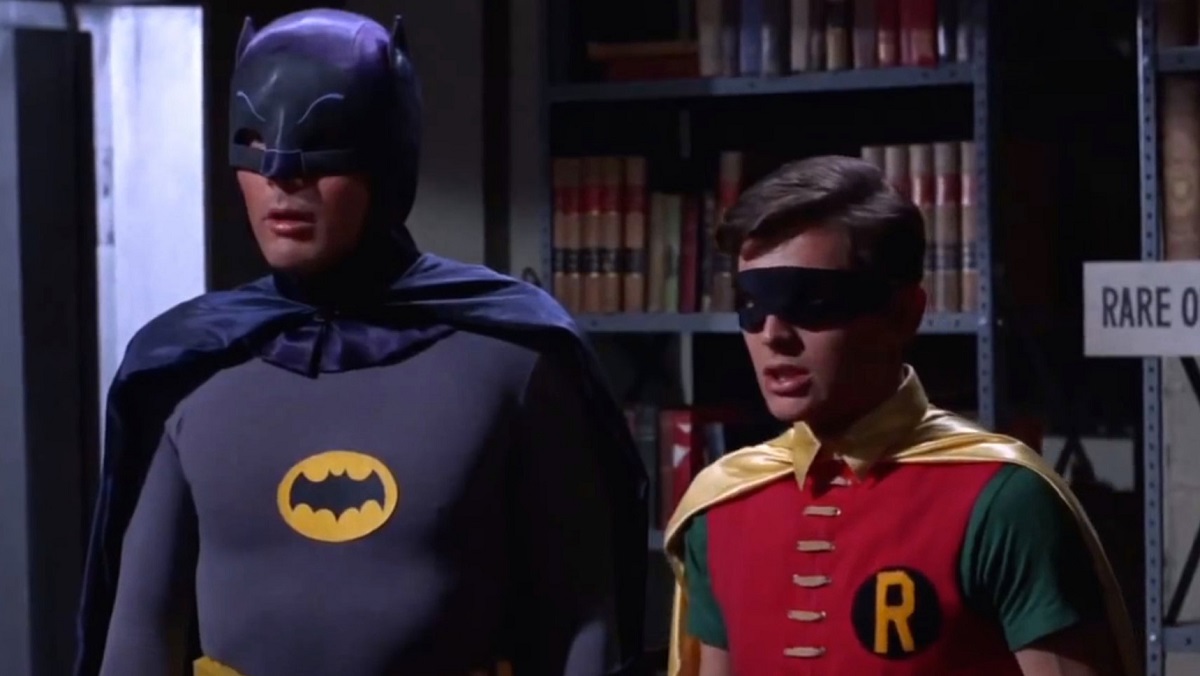 Although she’d been in the comics for two years before the show aired, the lore of Aunt Harriet really became pop culture legend in the Adam West Batman series. Having the den mother character live alongside the campy adult Caped Crusaders made Wertham’s fears and Schwartz’s solution as obvious as the colorful sets and costumes. Just like in the comics, Aunt Harriet was always wondering what the boys were up to, though in the Batman series she was more of a comedic foil who always believed their outlandish excuses. In a seeming nod to her origins as a response to the Wertham era, Harriet is a member of the Gotham City League of Film Decency, a censorship board which rejects nudity and crassness in culture.

Is Aunt Harriet in The Batman?

There’s not a character named Aunt Harriet in The Batman. But there is an older woman who lives alongside Bruce and Alfred as their housekeeper named Dory. It’s a very specific choice that hints at Aunt Harriet and the rumors that abound when two men live alone. Not only that, but when Aunt Harriet was introduced in the comics Schwartz chose to kill off Alfred. And that’s something we see almost come to fruition here, as the Riddler sends a bomb to Bruce. So, yes, while she’s not named Aunt Harriet, we definitely think Dory is supposed to evoke her.

If It’s Not Aunt Harriet Then Why Does It Matter?

What makes The Batman so special is the way Reeves crafts something utterly unique without ever being ashamed of what came before. This is a film that wears its Bat-fluences on its sleeve. That includes color palettes and character arcs from Batman: Year One, retro-futuristic tech and tone from Batman: The Animated Series, and a roster of rogues right out of Batman ’66. So this little nod to the woman who loved the Caped Crusaders is just another part of the fabric that’s influenced The Batman and Reeves. And if Dory’s inclusion was unintentional then you just got a super fun history lesson about a vital character in Batman history. It’s a win-win situation.