Marvel Comics’ Morbius was the first vampire the company had in its pages in many years. And his journey through the pages eventually gave birth to the magnum Gothic horror opus The Tomb of Dracula and later, Blade.

Many moons ago there was a time when Marvel, DC, and the other mainstream publishers couldn’t put a vampire, werewolf, or any creature in the pages of a comic book. It was a self-governed response to the 1954 Fredric Wertham senate hearings, which claimed comics corrupted innocent minds. In his book Seduction of the Innocent, the German-American psychologist argued that sequential storytelling was having a negative impact on the brains of children, and that they even caused “severe juvenile delinquency.” The comic industry’s (over the top) response was to set up a self-governed set of guidelines under the Comics Code Authority to make comics more palatable. That’s how monsters ended up banned from comic books and relegated to the pages of humor mags until the spring of 1971.

Reintroducing the Vampire to Marvel Comics 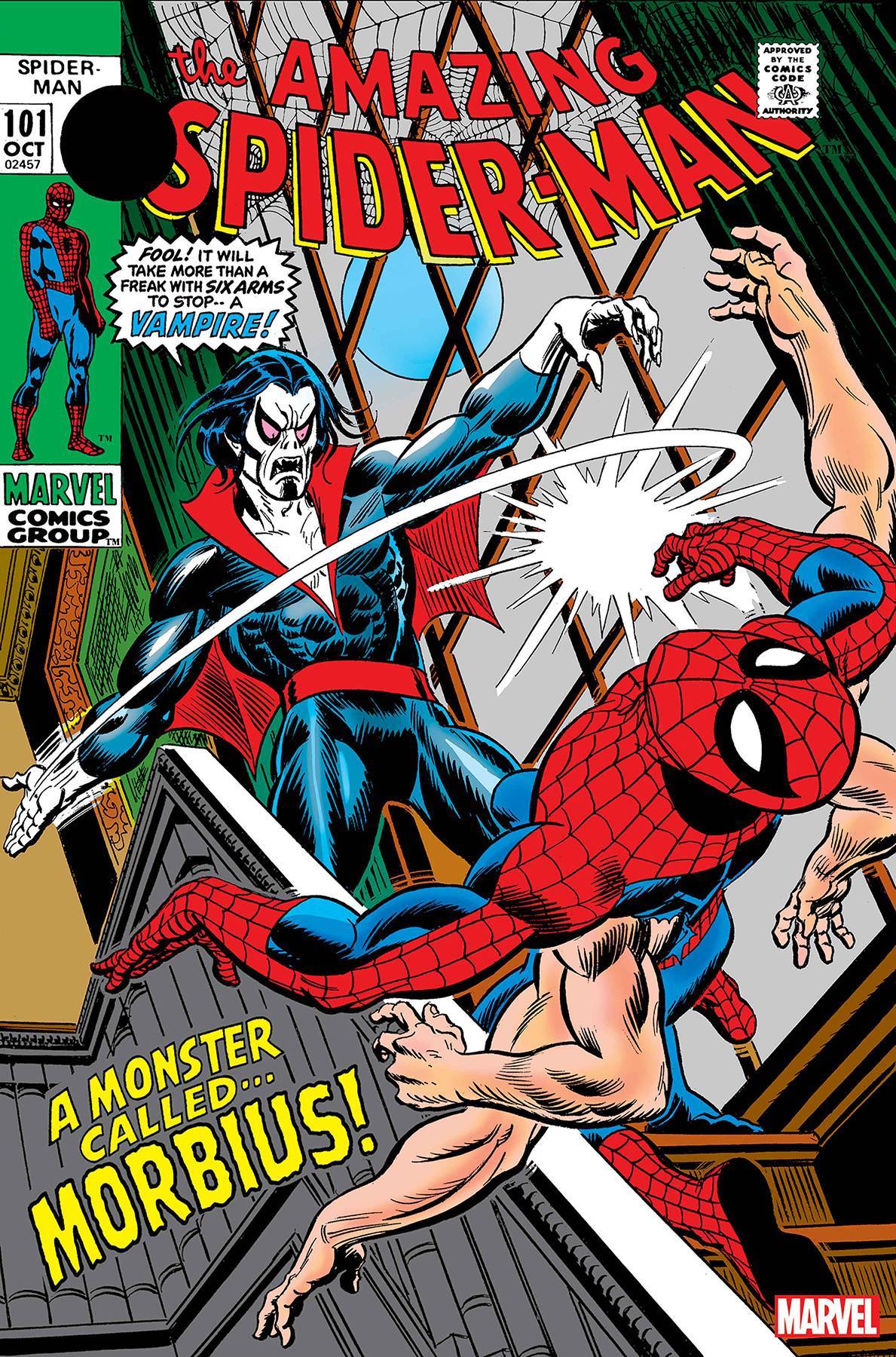 The introduction of a revised code in the early ’70s loosened many of the most restrictive rules. And, most relevant to this story, it included a key new specification: “Vampires, ghouls, and werewolves shall be permitted to be used when handled in the classic tradition such as Frankenstein, Dracula, and other high calibre literary works written by Edgar Allen Poe, Saki, Conan Doyle, and other respected authors whose works are read in schools around the world.” Before this, the creatures had been banned outright unless used for purely comedic reasons. But now publishers were free to test the boundaries of what monsters could mean for their comics. And that’s where Morbius, the Living Vampire enters into the annals of Marvel history.

In a piece remembering Gil Kane from the marvelous comics history publisher TwoMorrows, co-creator Roy Thomas explained the origin of the character. “Gil and I talked it over and were going to bring Dracula into the Marvel Universe via the Spider-Man book (this is prior to Tomb of Dracula #1),” Thomas explained. “But Stan [Lee] said no; he wanted a new, more super-villainous creation for Spidey to fight. So Gil and I came up with Morbius, the Living Vampire, a science-fictional vampire.” That piece of Morbius’ creation is key. For years, the rumor was that to thwart the Comics Code, Kane and Thomas made Morbius a vampire born of science rather than violence. But according to Thomas, it was driven by a request from then publisher Lee instead of any attempt to work around the ever-loosening code.

Bringing Back the Count 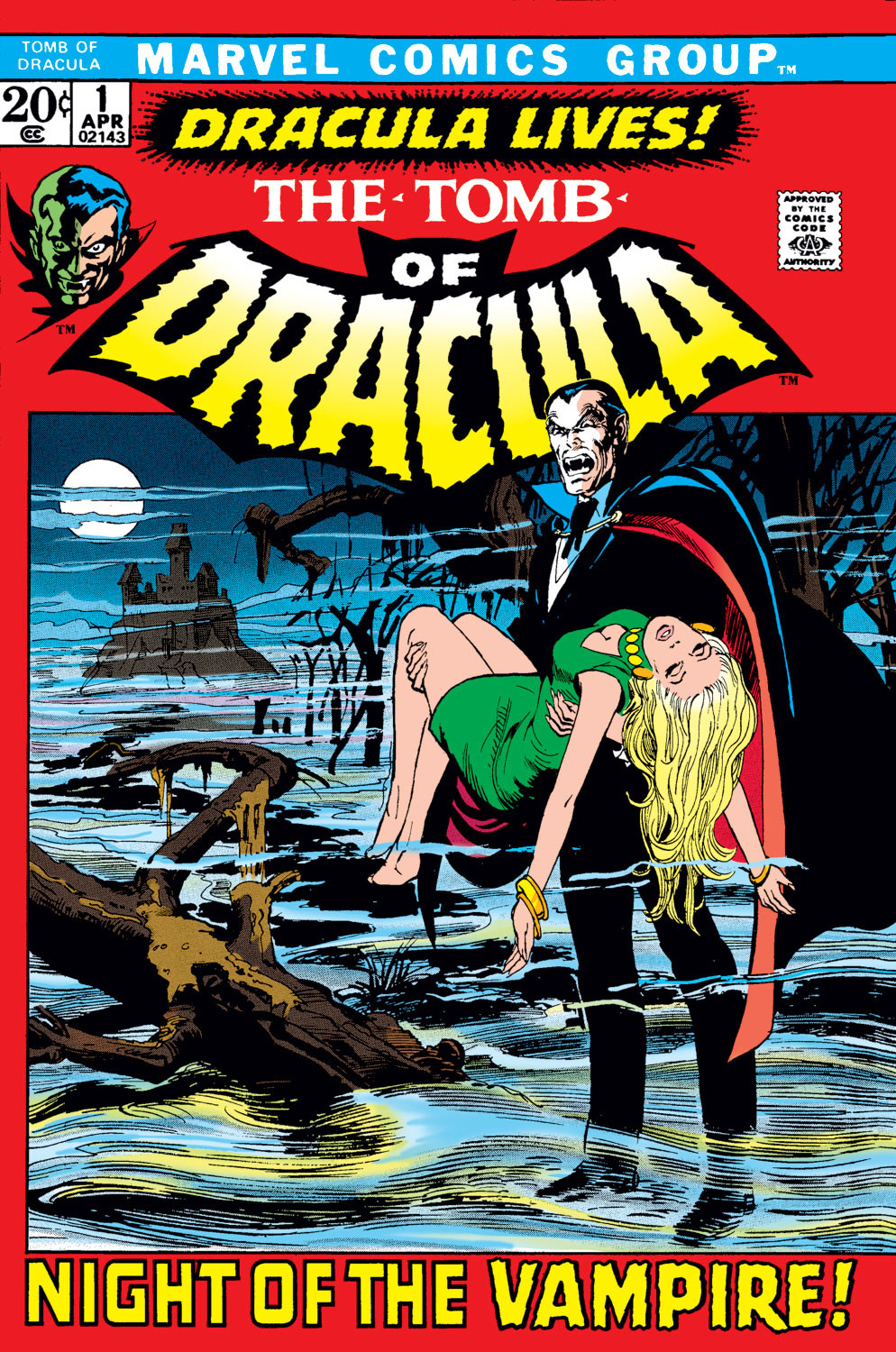 Making his first appearance in Amazing Spider-Man #101, Morbius was very much a modern take on vampire lore. A biologist who became a vampire while searching for a cure for his dangerous blood disease. Kane took inspiration from iconic actor Jack Palance for his sharp-cheekboned aesthetic. The character was a great foil for Spidey and didn’t cause any waves for Marvel in regards to the Comics Code. Suddenly, the Dracula door was open, and any and all vampires were fair game at the House of Ideas.

According to Marvel Chronicle: A Year by Year History, the creation of the series The Tomb of Dracula was down to Lee. “Following the revision of the Comics Code, Stan Lee was eager to do a comics series about the archetypal vampire, novelist Bram Stoker’s Dracula.” That sounds slightly suspicious after Thomas’ quote about he and Kane trying to introduce Dracula in the year prior. Even so, Thomas did seemingly confirm that Tomb of Dracula was Lee’s idea in another TwoMorrows piece. The inclusion of Dracula made a lot of sense from a marketing position. Bram Stoker’s creation is easily the most famous vampire of all time and he’s out of license. That means that Marvel didn’t have to pay the Stoker estate to create and publish the title.

The Lasting Impact of Tomb of the Dracula and Morbius 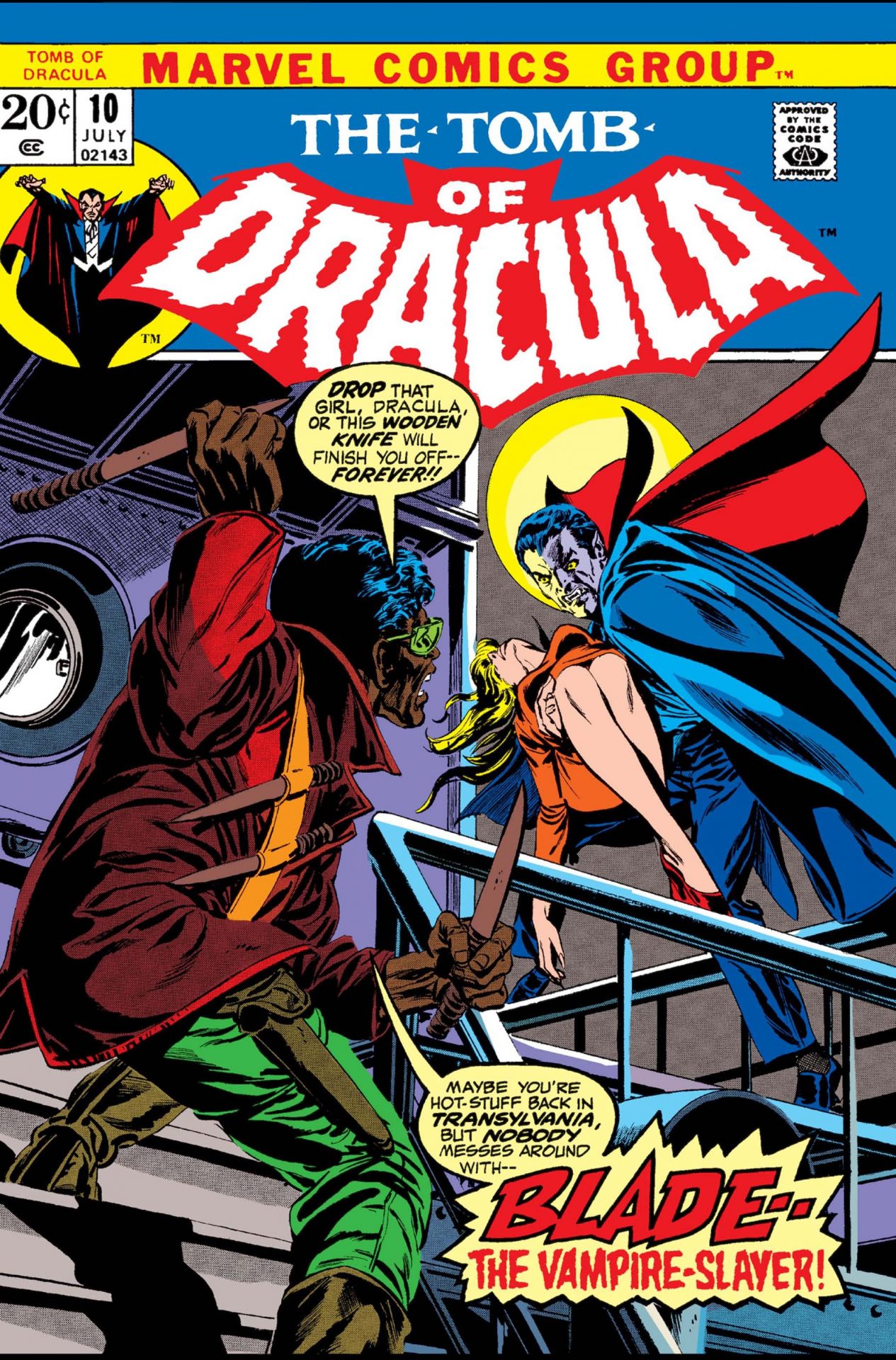 Named The Tomb of the Dracula for ease of copyrighting, and inspired by ECs Vault of Horror and similar titles, the comic debuted in April 1972. An impressive team was behind the book: Roy Thomas, Gerry Conway, and Gene Colan, with cover work by L. Kindzierski and Neal Adams. The comic reimagined the classic Dracula myth through the eyes of an American named Frank Drake who was a descendant of the mythical monster. Using Drake and a misjudged visit to Dracula’s castle as a way to resurrect the Count, Tomb of Dracula was a hit. But it still had more to offer, as when it began to need vampire hunters to battle Dracula, it would introduce one of the beloved Marvel characters of all time, Blade.

The half-vampire half-human known as Eric Brooks debuted in The Tomb of Dracula #10. By that point Marvel had launched Werewolf by Night and The Monster of Frankenstein, hoping to replicate the success of Tomb of Dracula. Basically, the monster mash was in full swing at Marvel. But it was Blade and Morbius who would end up becoming stalwarts of the company. While Dracula still pops up and there are plenty of vampires in the Marvel Universe, those two originals are easily the most famous. And we have Blade to thank for sparking the Marvel movie craze. Eric Brooks, we salute you! Bring on the new Blade movie!