Long before Elizabeth Banks signed on to play villainess extraordinaire Rita Repulsa, bringing a completely fresh look and vibe to the character, Mighty Morphin Power Rangers premiered in 1993 in the U.S. and introduced us to antagonists and monsters of all shapes and sizes. 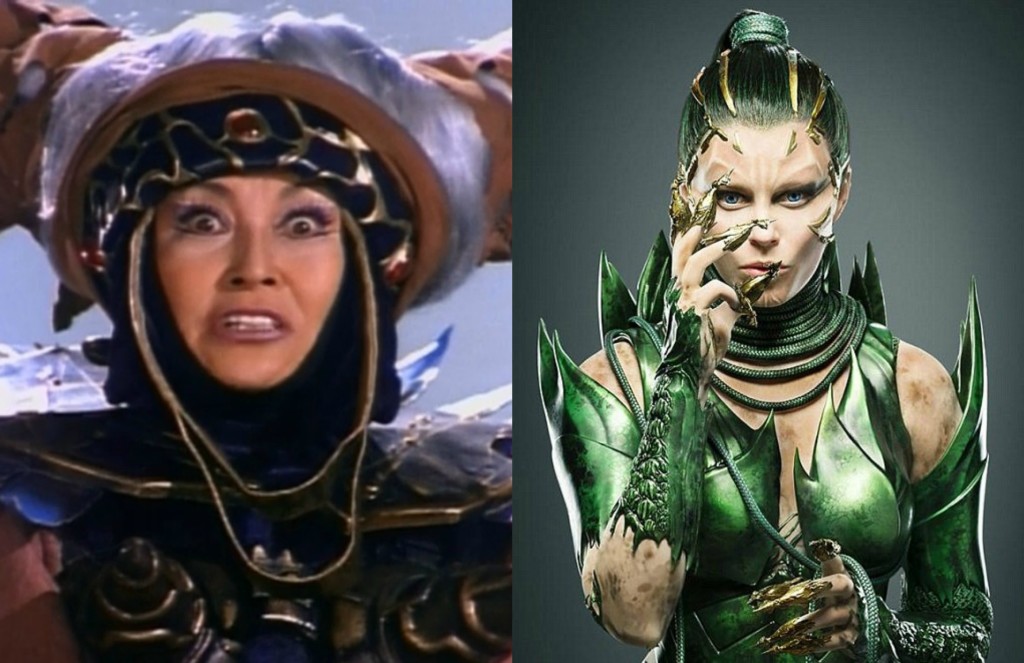 From the putty patrollers to golden Goldar, Power Rangers gave 90’s kids villains to fight and monsters to fear, though some foul creatures were a little more strange than scary.

Who could possibly forget Pudgy Pig’s rampage through Angel Grove, leaving nothing behind but empty bowls and weaponless Power Rangers? Pudgy ate everything in sight, and if left unattended, could consume all of the food on the planet in mere days. Luckily, the rangers discovered that Pudgy wasn’t a fan of spicy food, and fed it a spicy sandwich in order to retrieve their formerly swallowed weapons.

Following the ever so popular theme of animals-turned minions, Robogoat was brought to life from a book Tommy had on myths and legends. Robogoat played a long game of hide and go seek with the team’s sword of power, but lost out in the end to true teamwork between the rangers and their mentor, Zordon.

When a putty steals Kimberly’s purse, Lord Zedd turns it into one of the weirdest monsters of them all, Pursehead. The aptly named creature uses a compact ray to freeze it’s enemies, and uses dental floss to round up it’s victims.

As if a guitar playing villain isn’t strange enough, this Power Rangers enemy is a rock star cicada. Guitardo hypnotizes it’s victims with music and, spoiler alert, is returned to it’s original cicada state after losing the final battle battle against these powerful teens.

To combat the Power Ranger’s local clean-up initiatives, Rita Repulsa creates Polluticorn, a one-horned creature who works against the rangers by sparking lightning from it’s horn and eyes, and blowing gusts of pollutants around with it’s little wings.

Keep an eye out for these and many other weird and unique monsters in the Power Rangers revival premiering March 24th, 2017. Let us know in the comments below which mighty monster is your favorite, or chat over on Twitter @bekahbabble!

Movies
You Can Now Own a Sweet Replica of Elliott’s Bike From E.T.
Melissa T. Miller
2 MIN READ