The 10th Anniversary Edition of Pandemic is Stunning – and Wall Mountable

There’s no question: the cooperative board game where you fight spreading diseases, Pandemic, is a modern boardgaming classic. Ten years after its release it remains one of the best cooperative games on the market. Approachable for new gamers, and devious enough to keep you desperately trying to save the world for many many game nights. If the core experience isn’t enough, it’s spawned a number of expansions and spin-off lines. These aren’t simple cash-ins, with almost no exception every single one of the games in the entire Pandemic family is worth your time.  We celebrated the 10th anniversary here on Geek & Sundry with a round-up piece that featured interview insights by designer Matt Leacock. However, he kept something a surprise: the upcoming 10th Anniversary Edition.

Recently announced and available for pre-order from Z-Man Games, the 10th Anniversary edition is a super-deluxe edition of the original Pandemic loved by game groups around the world. 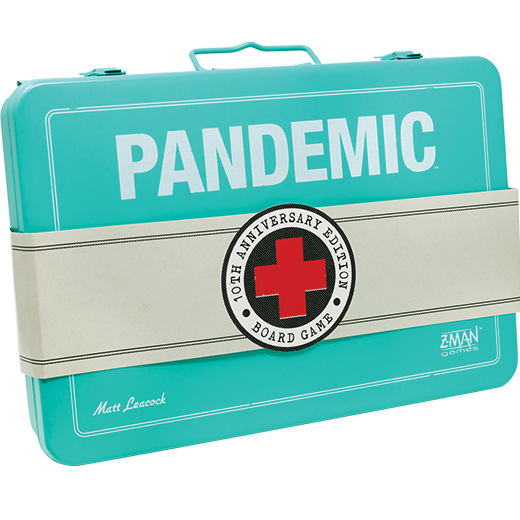 Modeled after a 1920’s era first-aid kit, the 10th Anniversary Edition box is made of metal and even includes hardware to mount to your wall just like an old first aid kit. Inside is an oversized board, miniatures for each of the game’s roles, and all the wooden tokens and cubes you need to save the world. The art for the character cards and player cards have also been redone for this edition, also in an antique style. 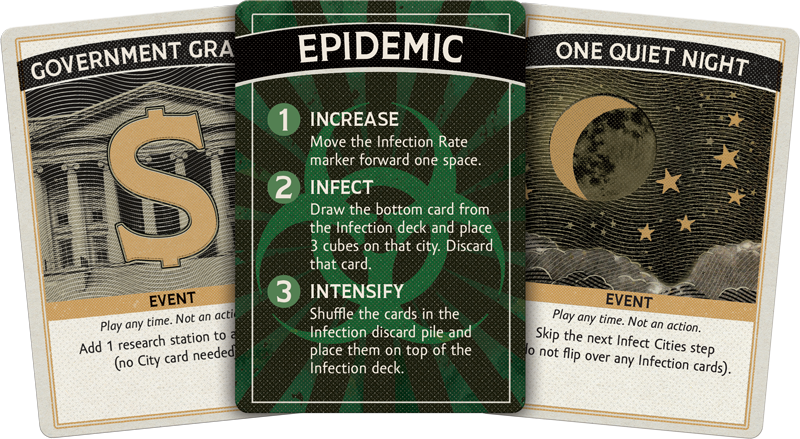 The design team wanted to call back to the original edition of Pandemic with wooden components, while pushing the rest of the design in a direction that is at once modern and retro. The wonderful petri dishes from On The Brink are here, though they’ve also been upgraded with screen-printing instead of stickers.  While the included minis are supplied unpainted, fully painted sets are available for those who pre-order directly from Z-Man. Deluxe or not, Pandemic is a fantastic game that deserves a spot on everyone’s shelf. For those who love the game as much as we do, this edition is something extra special.

The 10th Anniversary edition will retail for $99 USD and release later this year.

Are there any games you would mount to a wall? Let us know!

Want to hear more about Pandemic?

TAGGED: save the world, wall mounted board games, Board Games, pandemic, tabletop