The 10 Best Classic Anime on Streaming

The days of mail-ordering a VHS tape that’s basically a copy of a copy of fan-subtitled anime are long gone, but those beloved stories endure. With several options for streaming series and movies from the Internet, there’s no better time to be an anime fan. Not only can you watch worldwide simulcasts of new favorites, but you can also easily revisit the series and movies that first got you into Japanese animation without digging through the closet for your old tapes. And best of all, they’re much better quality than those blurry, wobbly copies.

So fire up Netflix, Hulu, Crunchyroll, and YouTube, and prepare to be taken back in time for ageless anime that helped define the medium for viewers around the world. 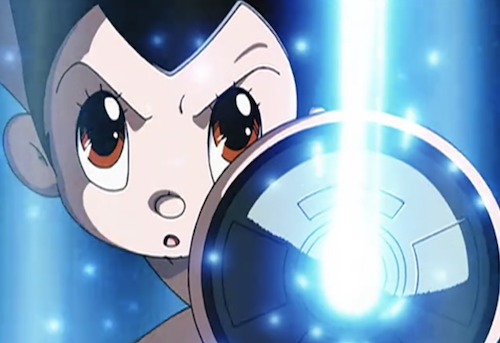 Astro Boy, also known as Tetsuwan Atomu (Mighty Atom) in Japan, is widely considered one of the manga and later anime series that started it all. The classic story by Osamu Tezuka has been made into a number of television series and even a 2009 CGI film.

The story follows the title character, a superheroic robot boy created by a scientist after his son dies. Hulu currently has the complete 1980s series, dubbed in English and Spanish.

Cowboy Bebop is a classic series that many anime fans count among their old favorites. It’s the year 2071, and  galactic bounty hunters (known as “cowboys”) roam among the stars. Spike Spiegel and his crew are on the lookout for escaped criminals, but it’s the ghosts of their pasts that are actually chasing them. The melancholy tones and quirky but likable crew taught many first-time anime viewers that “animation” doesn’t always mean “kids’ cartoons.”

The first four English-dubbed episodes of this 1998 series are available for free on Funimation; a subscription is required for the full series. You can also find it subtitled on Crunchyroll. Along with Sailor Moon, Dragon Ball Z is an anime often credited by many fans as the show that first got them hooked. Episode after episode with epic battles packed with flashy moves showed many young fans just what anime is capable of. Starting in 1989, the action-packed adventures of Goku went on for 291 episodes, so get ready to get comfy for some marathon binging.

The first ten episodes (dubbed and subbed ) are free on Funimation, and the rest can be watched by subscribers. You can also find the first Dragon Ball series subtitled on Hulu.

Lupin the 3rd is a charming gentleman thief whose exploits were written and illustrated by Monkey Punch. He’s often accompanied by his partner in crime, Daisuke Jigen, and their occasional cohorts Goemon and Fujiko. In 1979, Lupin and friends made it to the big screen for a second time in an adventure co-written and directed by Hayao Miyazaki.

Do we really need to say more? Watch it dubbed or subtitled on Netflix now. It’s time for some boy-who-turns-into-a-girl-meets-girl hijinks in the television series Ranma 1/2. Don’t worry, it makes sense once you start watching it. Rumiko Takahashi’s whimsical series, which ran for 143 episodes starting in 1989, is a martial-arts romantic comedy for the ages.

All episodes are currently available with subtitles on Hulu.

Once you’ve seen an episode of Revolutionary Girl Utena (or Shoujo Kakumei Utena), you’ll never forget it. Effortlessly stylish, slightly surreal, and utterly romantic, Utena is the tale of Utena Tenjou, a student at an elite school who is determined to become a prince one day. When she meets Anthy Himemiya, she gets swept up in a world she didn’t know existed.

The entire 49 episode series is currently available subtitled on YouTube. 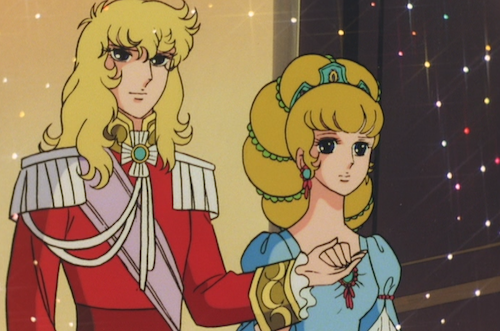 This series is considered one of the quintessential shoujo (girls) manga and anime. The Rose of Versailles takes place in France during the French Revolution, following Lady Oscar François de Jarjayes, who was trained in fighting since childhood as if she were a boy. She becomes part of the Royal Guard protecting Marie Antoinette.

The 40 episode series, which originally aired in 1979-1980, can be streamed on YouTube and Crunchyroll.

For many who grew up in the 1990s, the English dub of Sailor Moon was a life-changing introduction to anime. With a heroine who sometimes seems less than super, and her group of loyal friends with relatable personalities, Sailor Moon makes it possible for anyone to imagine themselves as a magical girl. If you haven’t watched the original TV series in Japanese, or you’ve never seen the final season (Sailor Moon Sailor Stars), there’s no better time than now thanks to Hulu.

All 200 episodes of Sailor Moon are available on Hulu in Japanese, along with the 2014 reboot series, Sailor Moon Crystal.

In the year 2977, the oceans of Earth have all but evaporated. Humans are prospering, but they’ve lost most of their spark and drive because they no longer need to work for a living. Instead, they mindlessly zone out on entertainment. One man, Captain Harlock of the Arcadia,chooses not to lose his passions, hoisting a jolly roger pirate flag on the bow of his spaceship and living among the stars.

Created in 1978, the 42 episode television series is available subtitled on Crunchyroll. Yusuke Urameshi isn’t having the best day. For one, he gets in trouble with the principal at school, has an argument with his mom, and gets into a fight. Oh, and he’s dead, perishing heroically after saving a little boy from an oncoming car. But that’s just the start of his realproblems.

The 112 episode television series, which first aired in 1992, can now be found subtitled on Hulu; a six-episode series is on Crunchyroll.

What was your first anime? Tell us about it in the comments.