Despite his claims that he doesn’t want to be compared to Steve Jobs, Elon Musk did a helluva job channeling the late Apple co-founder when he surprised the crowd gathered at Tesla’s semi-truck unveiling event with the ultimate “one more thing”: a second vehicle! And no one could have predicted that this mystery vehicle would be a supercharged roadster that can go from zero to 60 in 1.9 seconds, making it the fastest production car on Earth. On today’s episode of Muskwatch, your intrepid hosts Kyle Hill and Dan Casey are diving deep on the biggest automotive industry announcements in ages. 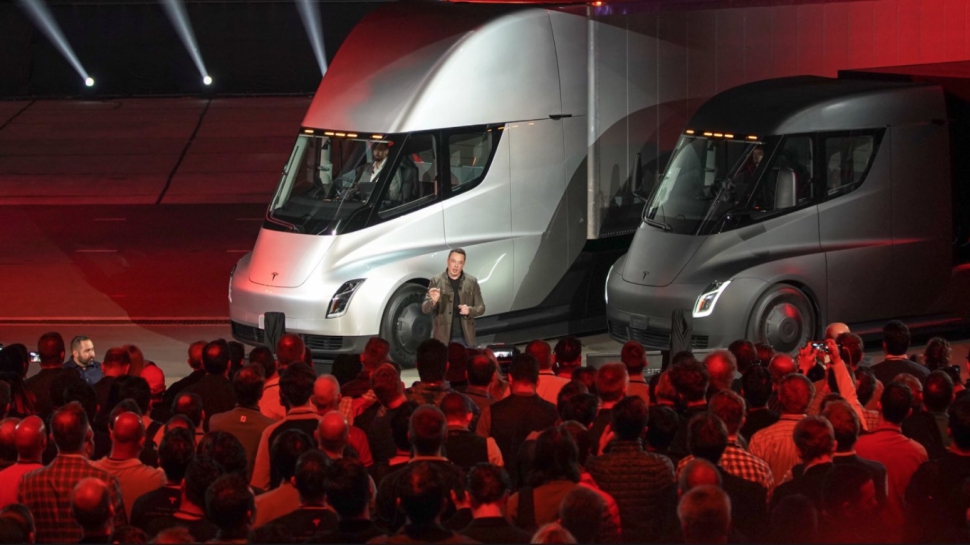 Tesla’s designers must be big fans of DC Comics, because the Tesla Semi truck looks suspiciously like the Bat-Truck that Scott Snyder and Greg Capullo unveiled back in 2015’s Batman #42. The massive vehicles come in two colorways—matte black and space grey (or whatever non-Apple name they actually have for it)—and boast some seriously impressive stats.

View from the cockpit pic.twitter.com/2kBupEXNM5 Set to the sweet strains of the Beastie Boys’ “Sabotage,” the Tesla Roadster’s unveiling is one for the history books. Audience members were already drooling when Tesla’s head of vehicle design rolled out in a cherry-red prototype Tesla Roadster, but they lost their damn minds once they heard about the second-generation vehicle’s specs.

They also lost their mind when they learned that this pretty vehicle would set them back a pretty penny. Tesla’s new Roadster will start at $200,000 with a $50,000 deposit required upfront. The good news is that if you hate money, you can pre-order one today. Production isn’t set to commence until 2020, but given the ever-increasing delays in Tesla 3 production, you’d probably get that car around the same time, so why not save up for the Roadster instead?