Terraforming Mars: One of the Greatest Board Games in the Galaxy - Nerdist

Terraforming Mars: One of the Greatest Board Games in the Galaxy

Recently, I was asked to be a guest on Ivan Van Norman’s Game the Game over on our awesome Twitch channel. I was a last minute substitution and, by sheer coincidence, we were playing a game that I had wanted to try for a while which also was based on my favorite series of novels, The Mars Trilogy by Kim Stanley Robinson. The game was FryxGames’ Terraforming Mars and it was as good as the novels! 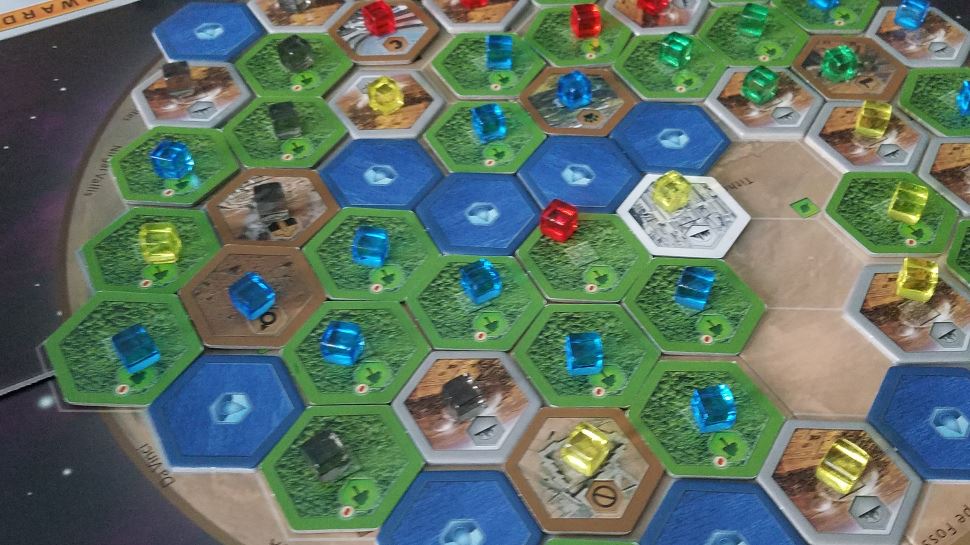 Terraforming Mars, or “TM,” is hovering in the top 5 of BoardGameGeek’s “The Hotness” ranking and, in just over a month, has already achieved an overall ranking well within the Top 50 Games of All Time. So why all the hype?

In TM, players take the role of corporations terraforming Mars to make a profit. Players buy/draft cards representing patents for various technologies in order to get the job done, then play those cards and spend megacredits to add structures to Mars’ surface or to upgrade production bases. If you combine card drafting with hand management, drop in a little tile placement, stir in some resource management, and sprinkle liberally with some asymmetric player abilities, you’ve created the recipe for Terraforming Mars. This game takes more than a few hours to play, but it feels full and robust the whole way through. 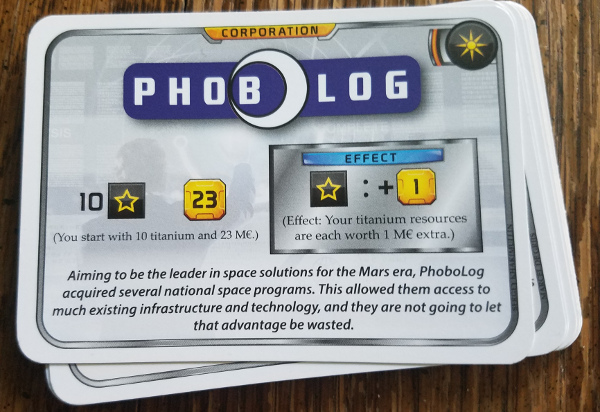 But why is TM so well loved? Well, having now bought and played the game a second time, I have to say it’s because just how deeply complex the game is. There are literally hundreds of unique technology cards, which means each player can build their own path to victory regardless of what they draft. Depending on your corporation or early luck, players might end up working one particular strategy or do a little of everything in order to win. In the games I’ve played, the victory points were reasonably close at the end.

Proper placement of tiles such as cities, bio-engineered forests, and artificial oceans is just as important as what cards you buy and play. There are also ways to fund victory point awards for the end game or claim early VP milestones. The winning strategy combines all of these aspects and more.

Oddly Terraforming Mars is also a hybrid in another sense, as it plays almost collaboratively until the very end. Nobody can win until the players actually make the planet habitable. That means getting the temperature, oxygen, and water content all within levels that support human life. Everyone has a hand in this, but to win, you want to be the best at it. The player who contributed the most to taming the planet is the winner, but all players did their part. Personally, it’s refreshing to play a game that doesn’t make me screw over my friends for the trophy every once and awhile. That said, tile placement and occasional industrial sabotage allows more competitive players to eke out an advantage over others, but ultimately, the path to success is focusing on your own development.

Considering what you get in the box, the game comes off a little inexpensive. Ivan and I both agreed that we’d gladly pay more for the game if it had slightly thicker cardboard and/or a slightly larger Mars map. That said, many of the game’s components are pretty awesome including the little gold, silver, and bronze resource cubes. I bought the tiny wooden chests seen in the pictures as a way to hold and transport them. It seemed fitting. 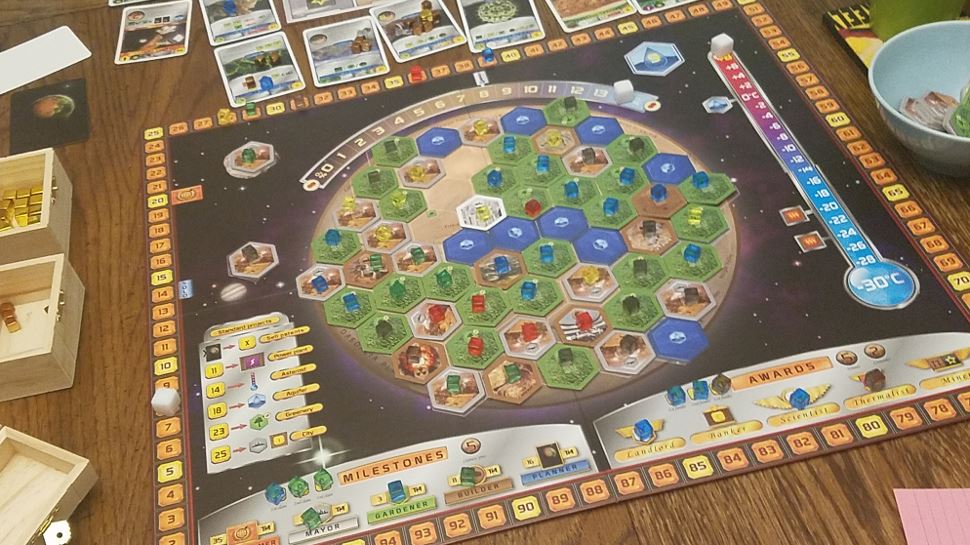 Taking all this into account, I think the game lives up to the hype because it has so much depth. Its mechanics are simple, but its strategy is complex. Even though you have to stay on top of everything if you’re looking to win, the game makes it feel easy and fun. Did I mention that? It’s fun. Of course I’m also someone who has long dreamt of colonizing Mars, so for me it was a bit cathartic too, but the game is good even if you’re not a member of the Mars Society like I am.

Have you played Terraforming Mars? Does it live up to your hype? What about the game do you enjoy? What other games are on your “hotness” list? Leave your thoughts in the comments below!