The greatest heroes always have the greatest villains. Bruce Wayne has the Joker. Ted Lasso has, much to the surprise of every season one fan, Nathan Shelley. The former mild-mannered equipment manager transformed into a back-stabbing, diabolical monster during the show’s sophomore year. How or why is something of a riddle to many. And with that many similarities between Gotham’s most famous foes and AFC Richmond, one fan realized the two needed a perfect mashup. Which is exactly what they gave us, as Ted Lasso becomes the Dark Knight in his very own The Batman-style trailer.

YouTuber Jason Gallagher didn’t waste any time putting the new trailer for Matt Reeves’ The Batman to work. This latest look at the film just debuted as part of DC’s virtual FanDome event. The moody teaser promises an intense new entry for the franchise. As Bruce Wayne faces dark and sinister forces who work in the shadows of a violent city to threaten everything he holds dear.

Ted Lasso had to deal with something very sinister in season two. His former friend and colleague Nate not only sold him out to (apparently the worst journalist in the world) the source-burning Trent Crimm. Nate left his former team behind to work for a rival. All after burning bridges, crossing lines, and treating everyone like garbage on his way out. 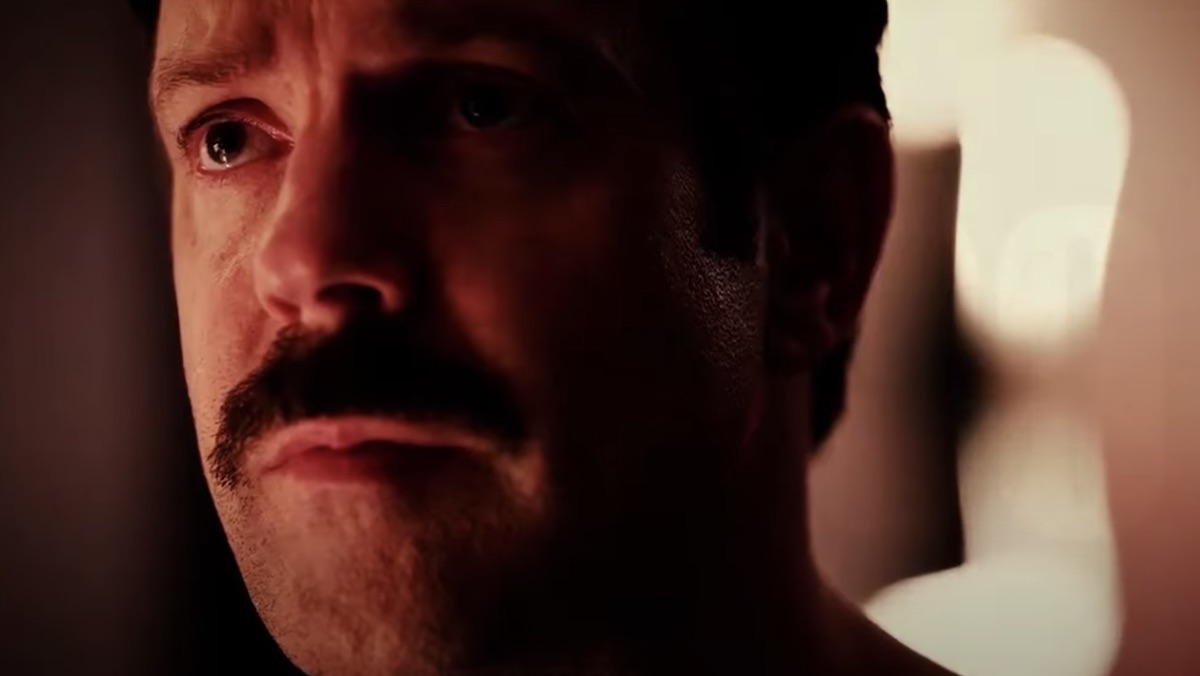 While we highly doubt Ted Lasso will seek the kind of vengeance Robert Pattinson’s Batsy promises to be in his trailer, we wouldn’t hate it if Ted did. Sure, that’s not who he is. At all. And we love him exactly because that’s not who he is. But hoo boy is Nate absolutely despicable. He’s just utterly detestable.

And just like the best heroes need a great villain, we need to see those good guys punch the bad guys in the face sometimes too. Or, at the very least, embarrass them out on the pitch at Gotham Stadium.