Forget Walter White’s transformation from Mr. Chips to Scarface on Breaking Bad. It’s Ted Lasso‘s Nate Shelley who now stands as television’s most unlikely monster. During season one of the show he was one of TV’s most beloved characters. Now the once sweet, soft-spoken equipment manager is a press leaking, player hating assistant coach at AFC Richmond. So one fan gave him the trailer he deserves. By imagining the hit Apple TV+ series as a horror movie starring the blood thirsty and deranged glory hound as a dead-eyed killer.

YouTuber Francis Siberini used Nate’s heel turn to create a riveting thriller (which we first saw at CNET). With the right creepy music (discordant strings always get the job done) and enough out-of-context scenes, Nick Mohammed’s performance in Ted Lasso season two is even more sinister than it already is. Which is really saying something, since Nate has basically been a serial killer… of emotion.

This trailer also makes perfect use of Nate’s unsettling stare. Which even during the most humorous of situations has left us feeling cold and frightened this season. He makes Coach Beard’s own stare seem inviting and warm. No, wait, no one can do that. Not even Pennywise. But that he gives Coach Beard a run for his money in the creepy look game tells you how upsetting Nate has been. 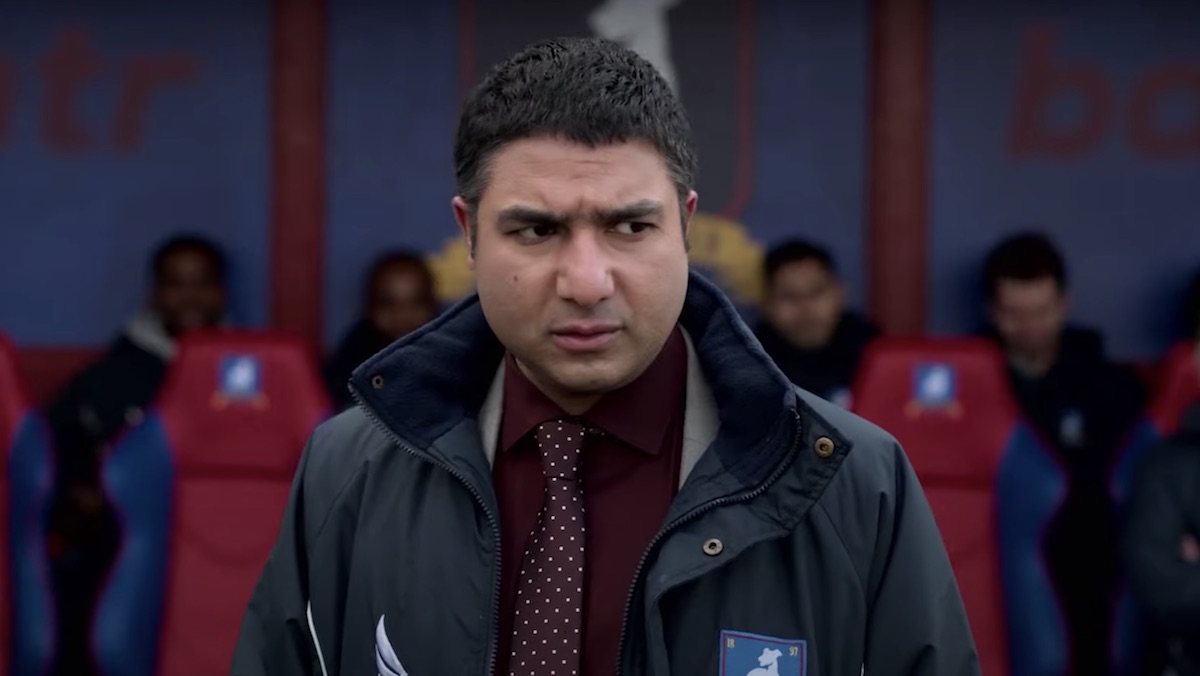 With one episode left in the season, it’s not clear what fate awaits AFC Richmond’s suit-wearing, backstabbing egotistical “wonder kid.” In an actual horror movie we’d be rooting for the hero to put a machete in his back. But this is Ted Lasso. The last thing we expect from the team’s head coach is a homicide.

It wouldn’t matter if Ted did, though. The best monsters always come back for a sequel. And right now Nathan Shelley is easily television’s best—and worst—villain.