Hannah Waddingham Still Has Her GAME OF THRONES Shame Bell

Hannah Waddingham has stolen our hearts as Rebecca Welton on Ted Lasso. But, once upon a time, she played a much loathed character on a series chock full of them. It’s easy to forget that years before taking up the top office of a fictional football club, Waddingham popped up on Game of Thrones. And she even has a particular bell to prove it. It’s only fitting that the “shame nun” gets to hold onto her iconic prop.

Waddingham is so charming in real life it’s hard to imagine she ever played one of Game of Thrones’ most villainous nuns. She played the reviled Septa Unella for a handful of episodes in seasons five and six. And Waddingham still has the shame bell. During a recent visit to The Kelly Clarkson Show, Emmy-winning actress revealed she’s been holding on to the Game of Thrones prop for all this time.

In fact, after finishing her turn as the uber-devout Faith of the Seven follower, the Game of Thrones production team gave her the bell as a keepsake from her time on the show. The gift is how she knew Septa Unella was really dead. As, after all, the show’s baffling budget was certainly not spent on spare shame bells. 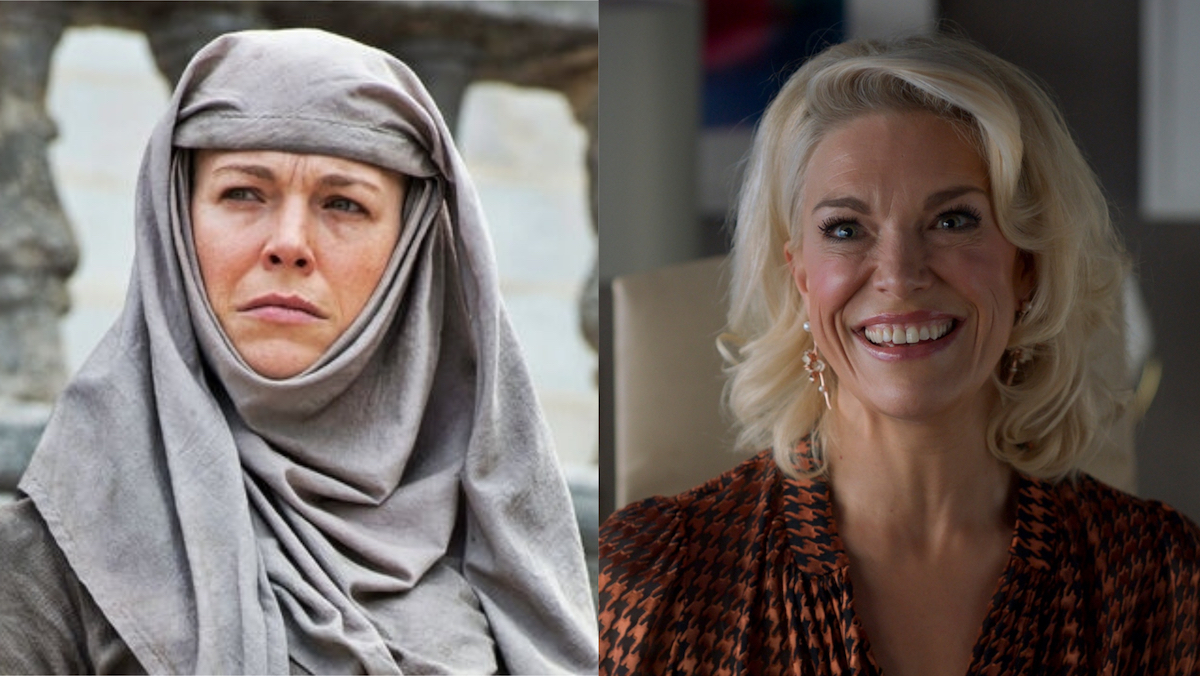 It’s not the brightest moment in the series. Septa Unella rings her bell and calls out “shame” behind a naked Cersei Lannister during her humiliating walk through King’s Landing. And, as we remember, Cersei gets her revenge on the Septa later. But Waddingham’s performance is incredibly menacing. So much so that we weren’t exactly sorry to see her go. And she went out with a pretty grisly ending at that.

Luckily, Waddingham has proven she’s an incredibly versatile performer on stage and screen. And so it’s almost easy to forget Rebecca has anything in common with Septa Unella. Well, unless Rebecca calls out “shame” anytime soon.