Leave it to Taika Waititi to see right into our dreams. The New Zealander directed a new Xbox Series X commercial and it’s delightfully bizarre. We’d expect nothing less from the guy who brought us Thor Ragnarok and Jojo Rabbit.

The ad is titled “Lucid Odyssey.” It features YouTuber MoonLiteWolf. Waititi used their actual dreams after playing Xbox Series X to construct the commercial’s narrative. In it, we see MoonLiteWolf as part of a sleep study. There are several facets of the dream, including glowing animals in the sky. MoonLiteWolf also dreams that Master Chief from Halo is both a DJ and… a cat?

Honestly? It’s perfect. The authenticity factor here really adds a lot to the concept. These feel like real dreams. A little bizarre and amorphous. But also funny, fun, surreal… all of the words you could use to describe how you sleep after a day of gaming. That Taika Waititi sure knows what he’s doing. (That’s probably why he has an Academy Award for screenwriting.)

The ad is a follow-up to last week’s Xbox ad featuring a dog. It looks like the company is really courting both types of animal fans. In that video, the dogs merely play fetch with Master Chief. In this video, the cat is Master Chief. That sounds like a win for cat people, if you ask me. 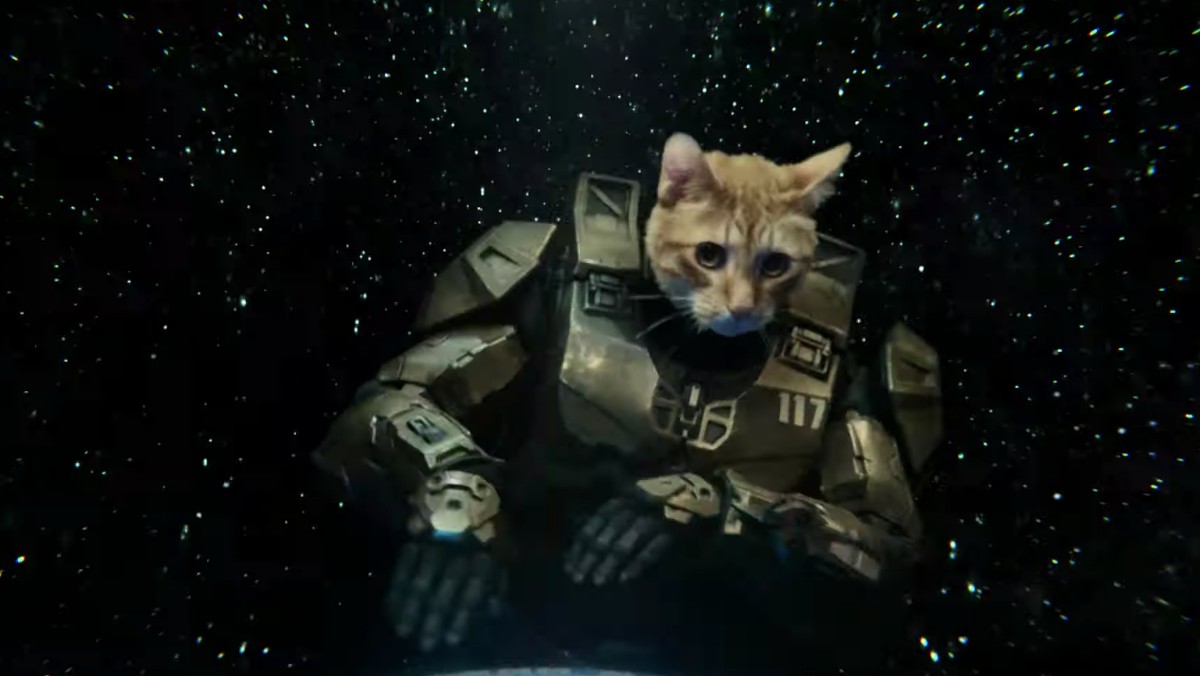 The commercial also yielded a number of incredible gifs, which you can find over on Xbox’s Giphy account. Trust me, you want to check these out. Xbox knows what the people want.

Xbox Series X and Series S consoles are currently available. Although you might have some difficulties finding them, as there’s currently a shortage.