It goes without saying that the tech world changes rapidly, even in the eight years since the Sword Art Online novels were first published. VR is even less of a speculative concept than it was then. The notion of hundreds of people getting caught in a virtual MMO is hardly far-fetched anymore; not in a day when both Oculus Rift and company-wide computer hacks are regular fixtures of the news.

When unveiling Ordinal Scale for a premiere at LA’s famous Egyptian theater, the architects of this blockbuster franchises seemed keenly aware of where its futurism sits in current landscapes–both virtual and physical. This movie is a surprisingly satirical jab, not only riffing on recent crazes from Pokémon Go to Google Glass, but also flipping its very own premise. The plot sees the heroes of Sword Art Online grappling with a predicament that all who live on the cutting edge must face sooner or later. What happens when you turn around and realize your last year’s model? 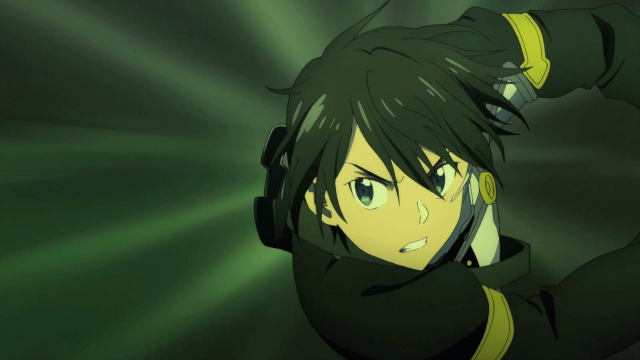 Years after escaping the SAO game, power couple Kirito and Asuna get wrapped up in a new fad when ‘Augma’ hits the streets. The augmented reality gadget lets players turn their neighborhood into fantasy kingdoms, pitting swords against sorcery in what may the most elaborate LARPing sessions ever staged. Leading man Kirito might have been top dog in the VR arena, but he hits against a whole score of personal limitations when stepping into the world of AR. He needs some saving himself, now, and its Asuna who’s got to come to his rescue sometimes.

A mysterious new challenger, Eiji, also arises–and he so outclasses Kirito that their bouts look like child’s play. Most embarrassingly, having to operate in a semi-real sphere force our lead to deal with exactly how out-of-shape he is. Delightfully comic scenes see Kirito getting winded pretty quick during action scenes. Much more than an extra-sized episode of Sword Art Online, Ordinal Scale offer a sharp skewering of its hero, and of the series itself. 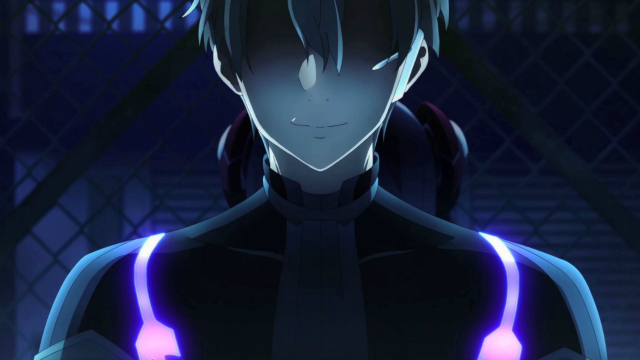 Any SAO fans in our readership? Are you excited for Ordinal Scale? Tell us in the comments!