Fresh from its polarizing debut last weekend at the 2018 Venice Film Festival, Luca Guadagnino’s Suspiria remake expands its campaign of intrigue and unsettling mystery with the announcement that Thom Yorke’s score for the film will be released October 26 on double CD and gatefold-package pink vinyl.

XL Recordings issued a press release Monday morning with a track listing and packaging details for the forthcoming album, which features 25 new original compositions from the Radiohead lead singer. Accompanying the press release is an animated music video for the track “Suspirium,” which gives audiences a taste of what to expect from Yorke: music that’s recognizable to fans of Radiohead and his solo work, but is also haunting and alien in only the way that he can make it sound.

Yorke’s first film sets him on a similar path to bandmate Jonny Greenwood, who has worked extensively with director Paul Thomas Anderson among others; Yorke’s previous film-related work as a solo artist includes vocal contributions to the Velvet Goldmine and Dancer in the Dark soundtracks, as well as an absolute banger, “Hearing Damage,” for The Twilight Saga: New Moon.

The soundtrack’s 25 cues will appear on both versions as well as via digital platforms, and will encompass a range of sounds from vocal ballads and more traditional-sounding “songs” to piano-driven instrumentals to Krautrock-esque tracks, all heavily influenced by the film’s Berlin 1977 setting. 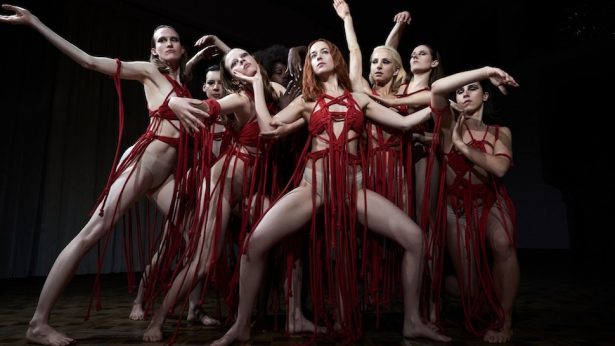 There doesn’t seem to be much overlap between Yorke’s music and the iconic score composed for Dario Argento’s 1977 original by Goblin, further distinguishing the two films from one another.

The soundtrack is being released on October 26, the same day that Guadagnino’s film opens in limited release in New York and Los Angeles. Click on this link here to pre-order the soundtrack on CD or vinyl.