Not to date myself, but I was still working for Games Workshop retail when Horus Rising was released. At the time, everyone I knew was excited for it because this was the first Black Library novel involving Primarchs and the promise that it would tell the story of the Horus Heresy; the biggest unexplored plot of the Warhammer 40,000 universe.

With book 42 of the Horus Heresy series being out right now and the series having sold millions (upon millions) of copies, it is obvious that the impact of this series as both an avenue for fiction in the 40K universe as well as literature as a whole, is immense. It can also be incredibly intimidating to jump in at this stage in the game. Fear not! Humble Bundle is here to help.

This is an incredible deal that should appeal to both fans of 40K and fans of reading both. But don’t take my word for it. I reached out and asked Black Library authors Graham McNeill, Aaron Dembski-Bowden and Dan Abnett (authors of 8 of the 15 titles) their thoughts on why people should pick up this bundle and here’s what they had to say. 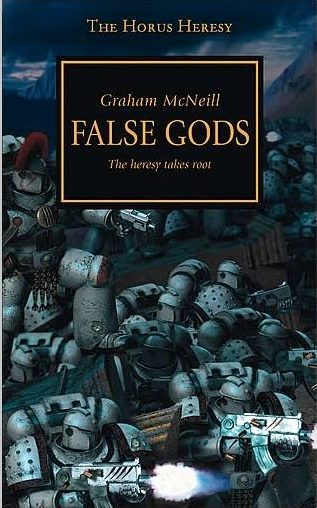 Graham – “I’d say that they’d be getting an amazing amount of work for so little a price, and that there’s a lot of really good books in there, ones that offer a perfect place to jump into a series that’ll enthrall you, excite you and likely break your heart a few times…”

Dan – “The Horus Heresy is an epic, compelling and galaxy-shaking SF series that really seems to draw people in. It’s based on the Warhammer 40,000 universe, but you don’t need to play the game, or even know the game, to read this. In fact many people find it a great way into a fantastic fictional universe they didn’t know about. The Heresy is the ‘foundation myth’ of 40k, the massive event that sets everything in motion. Strong characters, a great setting and some astonishing twists and turns. If you’re a fan of 40K already, you’ll know why the Heresy is important. If you don’t know 40k, come and find out why it’s globally popular.”

For Aaron, I asked him specifically why his title The First Heretic is worth the price of admission, “The First Heretic is where it all starts. It’s the first time we see a character trying to learn the dark truths behind the veil of Warhammer 40,000. Lorgar and his Legion, the Word Bearers, are on the path to enlightenment, seeking knowledge that they believe the Emperor has hidden from humanity. But we all know about the phrase regarding the road to Hell and what it’s paved with. The events of The First Heretic and the half-truths that Lorgar learns are the catalysts for humanity’s slide into the baroque, hopeless, and eternal decadence of the 40K setting. So, uh, maybe sometimes ignorance is bliss.” 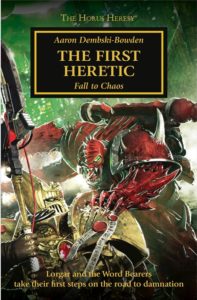 It’s impossible to talk about Humble Bundle without also talking about charity. This charity is supporting UNHCR The UN Refugee Agency. While interviewing Graham, Dan, and Aaron; I was curious how they felt about their works being used to raise money for charity and my faith in humanity was definitely restored. According to Aaron, “Hell, yeah. I give a chunk of every novel sales to Cancer Research UK and SOS Children’s Villages (in Bangladesh), so I’m all for it.” Dan agreed with the sentiment, “I’m very pleased. I’m glad we can contribute in that kind of way, and I’m glad the Heresy series is successful and appealing enough to make this kind of venture worthwhile.” And I feel that Graham summed up everyone’s feelings the best, “Of course! If the work I’ve done on these books can do more than entertain, but also provide money for a good cause, then you’d have to have a heart of stone not to think that’s a good idea.”

Despite having owned physical copies of most of these books, I supported the Humble Bundle immediately. There’s nothing like taking them on the go with my phone and supporting charity at the same time. Head over to Humble Bundle and pick up this great deal yourself.

Do you like long running book series? Let us know in the comments!