For two whole years, four minutes and 55 seconds ranked as the fastest that anyone could beat the original Super Mario Bros. game for NES. The world speedrun record was believed to be cemented back in 2018. And the NES player’s community thought the record that simply would not topple any time soon. But thanks to Polygon, we now know that someone has outdone this feat. And it sure didn’t take very long, in the grand scheme.

Twitch streamer Niftski achieved this new historic record. It clocks in at exactly 4:54:948, officially making it the fastest anyone has beaten Super Mario Bros. in history thus far. Watch this emotional and historic moment play out in the video below. And try not to get emotional yourself watching it!

So just how was this accomplished, and how did this record break in just a few years? Niftski told the folks at Polygon that he noted that his timesave over the old record was “the implementation of 8-1 flagpole glitch, which saved .35 seconds over the old record going into 8-4.” Listen, some things in life literally come down to a matter of milliseconds. That looks like the case in this instance too. As one can see in a video from YouTuber Bismuth, thousands of runs end before the flagpole on the very first level of the game. 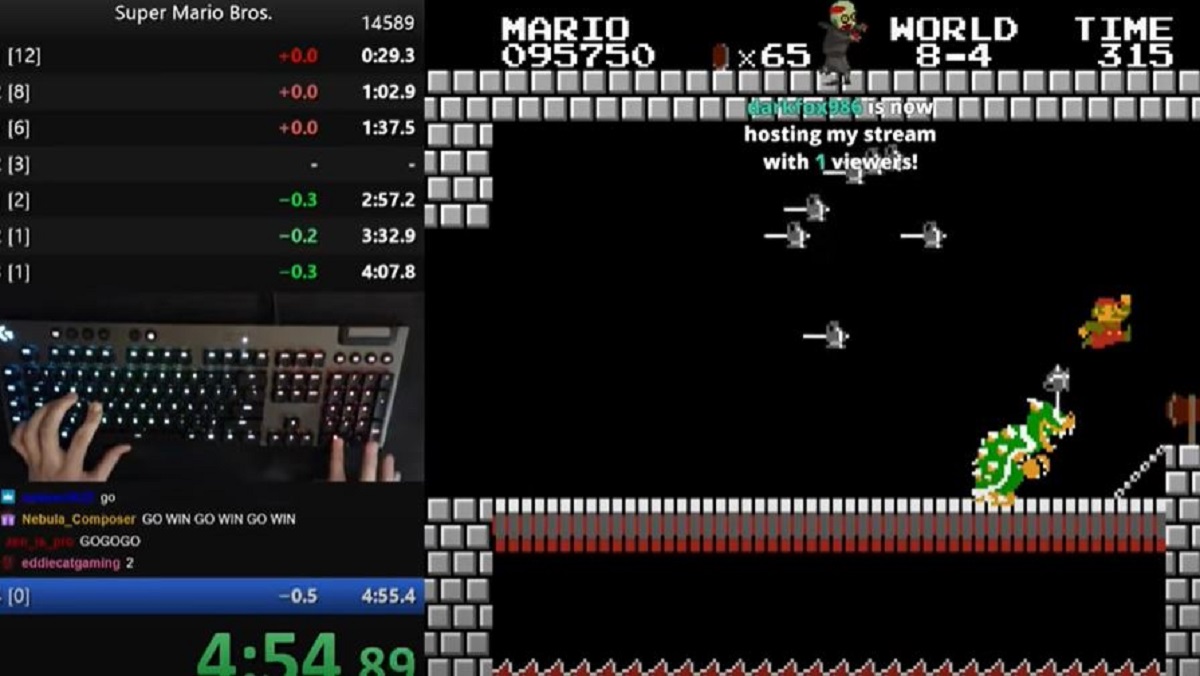 The so-called flagpole glitch Niftski speaks of? That refers to a famous trick where Mario glitches into the block holding the flag, allowing him to finish the level without having it lowered down. Having accomplished what many thought couldn’t ever be done, it didn’t take long before the gamer set a new goal; the streamer ended the broadcast announcing the news that they were developing another mission for the game. What, already? Maybe let Niftski bask in his big historic win for a minute there, don’t ya think?