Puma and Nintendo have teamed up for a pair of Super Mario 64 themed basketball shoes and they are off the Chain Chomp. The sneakers, referred to as RS-Dreamer Super Mario 64s, are “flame scarlet” and “electric blue,” and, overall, as fly as a Cape Feather. It looks like they’re difficult to find though, so nobody should say, “Wahoo!” quite yet.

Ready to Super Jump for #SuperMario35? The RS-Dreamer #SuperMario 64 from @PUMAHoops is available for purchase starting tomorrow! pic.twitter.com/91l9ucB3FE

We spotted news about the fresh footwear at SoraNews24. This year marks the 35th anniversary of the first Super Mario Bros. game, but it’s not clear why Super Mario 64 was chosen out of all the available titles. But Puma does note, “When it comes to dreaming, Nintendo takes first place.” Plus, one can’t argue against the legendary status of the first 3D version of the platformer. 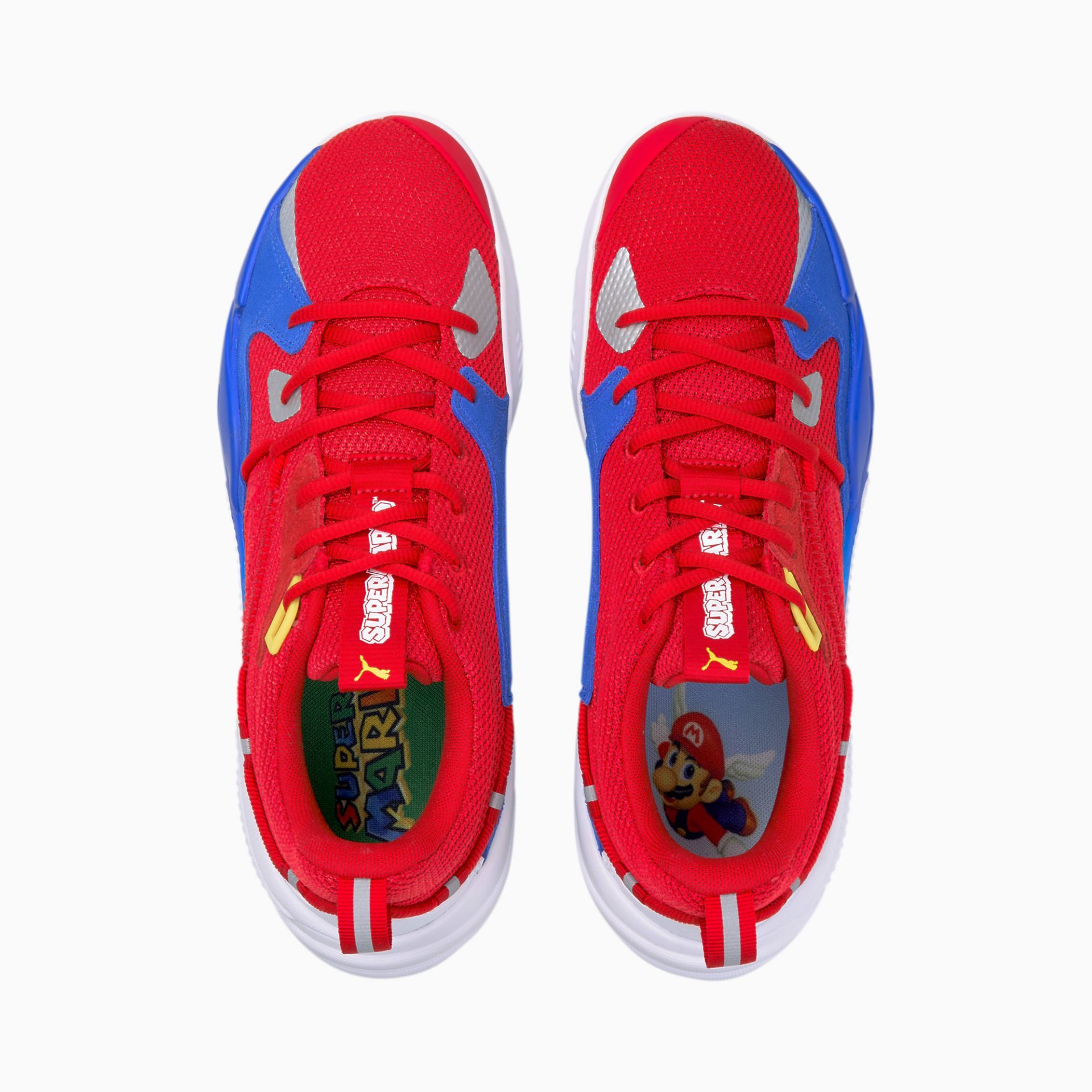 Puma notes that the Super Mario shoes are “court ready” and include PUMA Hoops tech. This involves materials like ProFoam and high-abrasion rubber; two materials that sound like they could give a wearer mad double-jumps. (Consistent practice probably works best though.)

Overall, the two companies undoubtedly nailed the themed kicks. The red, white, blue, and yellow color combination is super Super Mario. They gave great attention to the shoe’s details. For example, the tiny Starmen on the backs of the shoes are a perfect fit considering the abilities they deliver in-game. And the Super Mario 64 graphics on the insoles are so pretty it may be hard to actually put on the shoes. 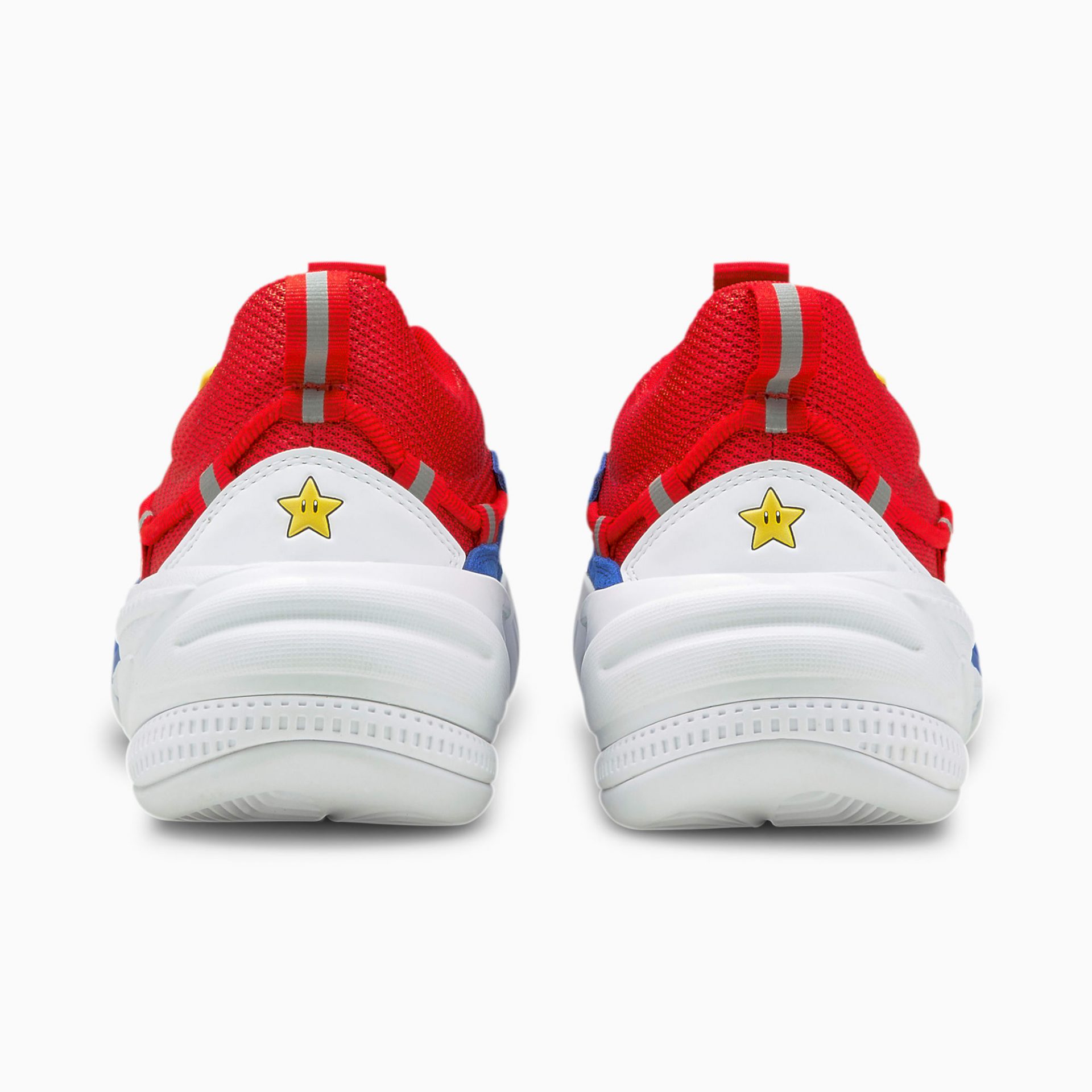 As for the logistics, that’s where things get real lava-castle boss battle. The sneakers are not only pricey at $125 a pair, but are also currently sold out at many retailers. Puma will hopefully bring the sneakers back for another limited run though. Children’s pairs are also still available in the U.S. as of this writing, for anyone who wants to level up their kids’ footwear. 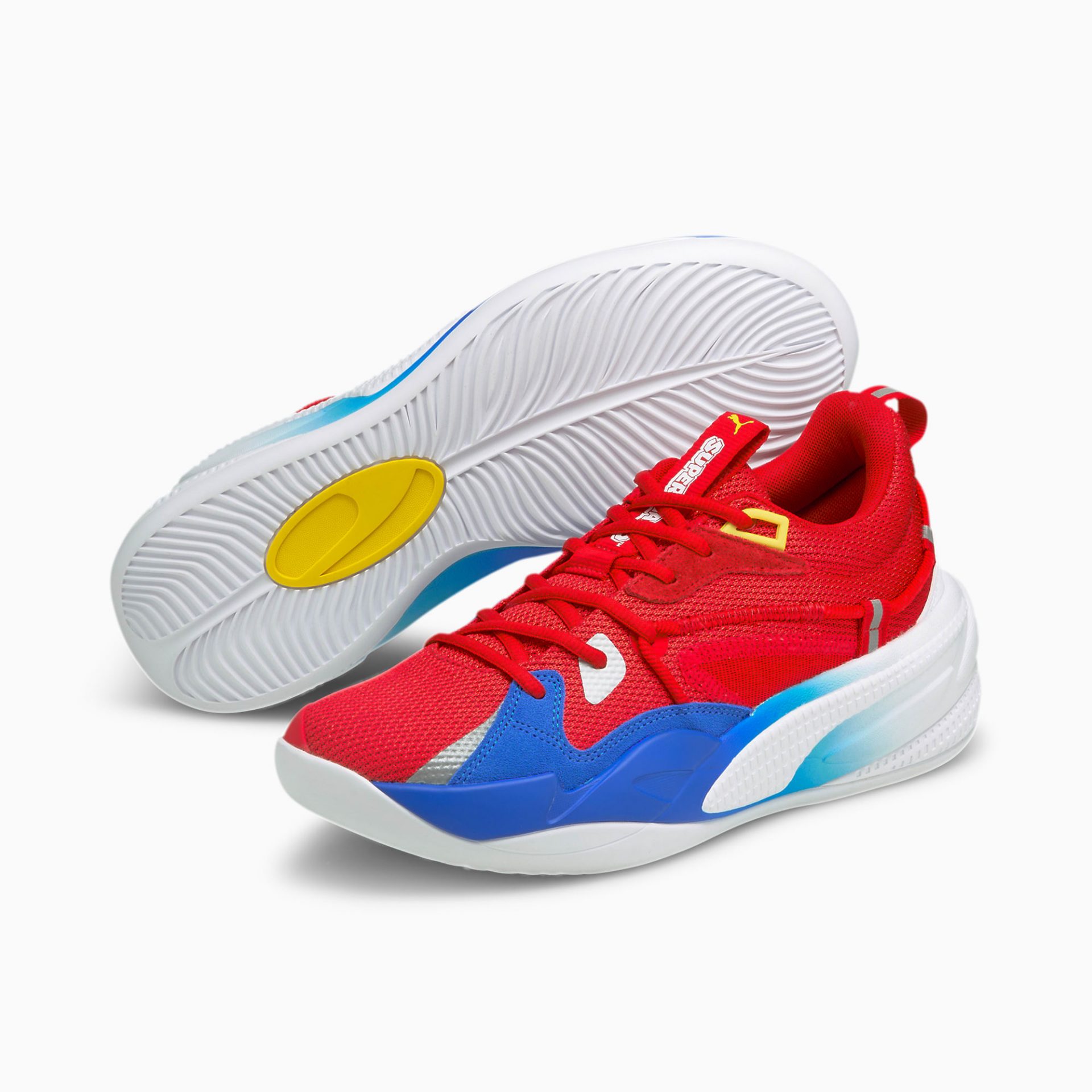