If you’re making the ultimate Dungeons & Dragons table for a lifelong fan of the game, there’s one person you absolutely need to turn to for advice: Dungeon Master Extraordinaire Matthew Mercer of Critical Role.

That’s just what the online series Super-Fan Builds did when tasked with creating a one-of-a-kind game table for a super Dungeons & Dragons fan. Hosts Sandeep Parik and Leah Kilpatrick, new to tabletop role-playing, turned to Mercer for an explanation of the game before taking on the Super-Fan’s project. And as anyone who’s ever watched Critical Role might expect, Matt tells the hosts that there’s more to the game than just simply slinging spells and slaying monsters.

“The core of Dungeons & Dragons is the storytelling,” says Mercer. The team takes that lesson to heart when planning the design of the greatest gaming table ever crafted for Dungeon Master and Super-Fan Robert. 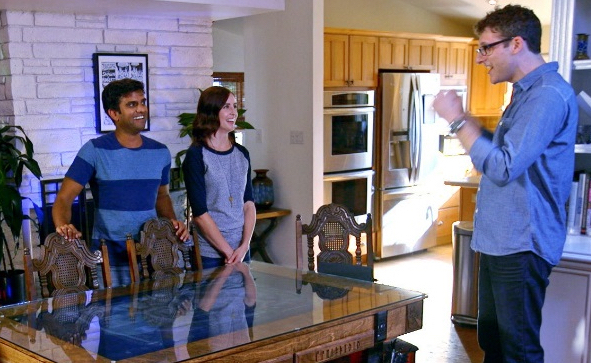 In the short video, you’ll see how Hollywood prop maker Fon Davis, along with the help of Wizards of the Coast, crafts amazing details into every inch of the unique gaming table to make the Dungeon Master’s job as easy as possible. Anyone who has ever stepped into the shoes of a Dungeon Master would love to have a seat at this table.

What would your ultimate gaming table look like? Tell us in the comments.