Why SUNSHIELD Is the Perfect Fantasy Read for Nature Lovers - Nerdist

Why SUNSHIELD Is the Perfect Fantasy Read for Nature Lovers

Developing an intriguing, believable setting is a cornerstone of successful worldbuilding. Fictional universes don’t ensnare me if I don’t have a sense of the environments and how they connect or how they differ. I need to be able to close my eyes and imagine the terrain and the characters’ literal paths as the story moves along. Emily B. Martin’s Sunshield, released today, weaves the physical locations so much into its story, one labeled an eco-fantasy, that I can all but feel desert sand beneath my toes and the slick of forest humidity on my cheeks. Centered on the Sunshield Bandit and her efforts to attack slaver wagons and free captives, the novel includes adventure, a revolution, and characters trying their very best and not always succeeding. And nature, with all that it gives and takes, plays a tremendous role in the narrative.

It’s not terribly surprising given that Martin is a National Park Service ranger; she patrols places like Yellowstone and the Great Smoky Mountains. She knows nature. Her experience in the field lends depth to her fantastical world. As someone who has developed a longing for nature in my bones as I’ve gotten older, I found Sunshield enchanting. Here are a few reasons why it’s the perfect fantasy read for nature lovers: 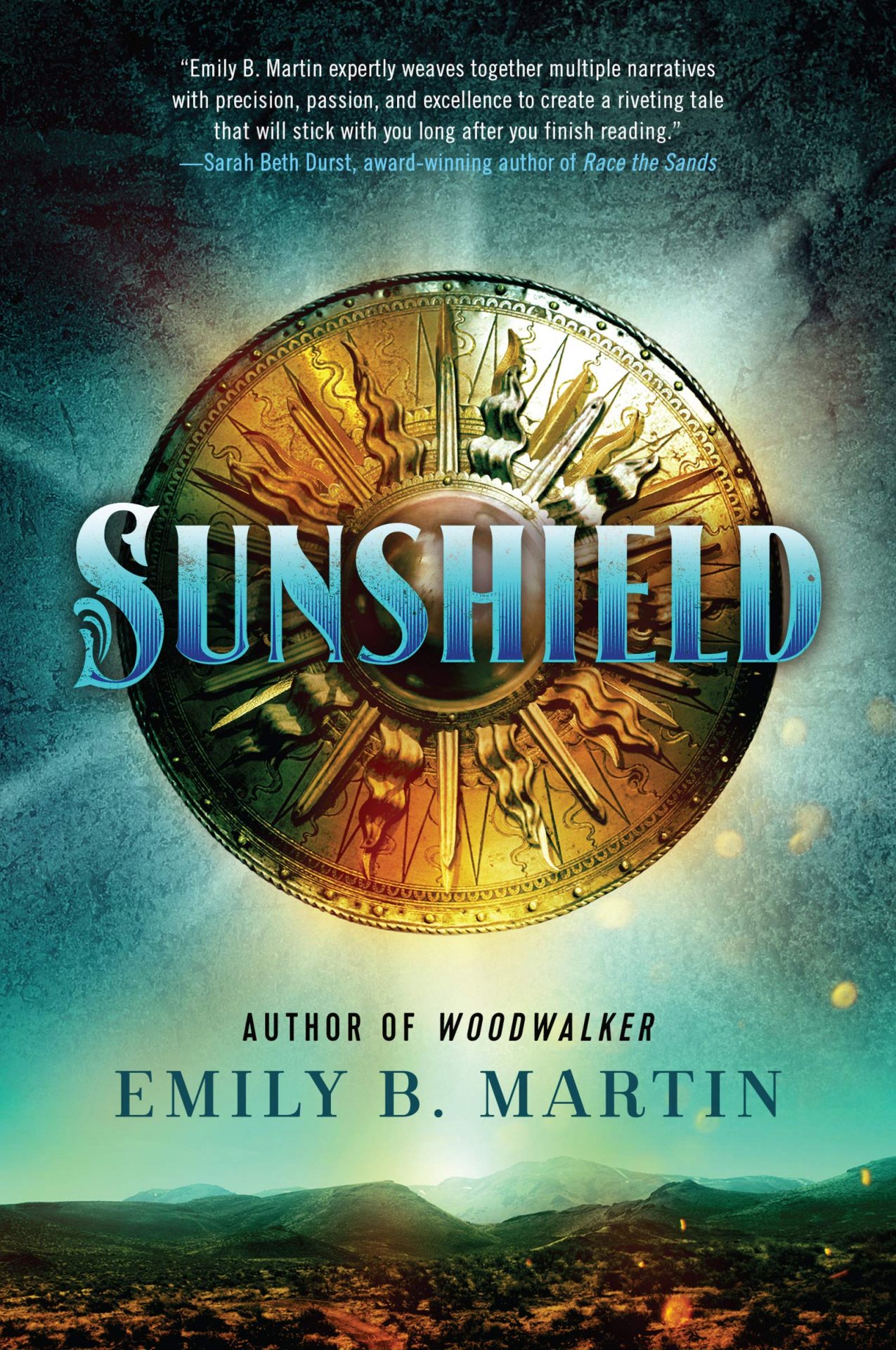 The rugged, barren canyons of Alcoro. Moquoia’s dense, verdant forests. These key locales in Sunshield couldn’t be more different. Lark, the Sunshield Bandit, has carved a home for herself and those she’s freed in Alcoro’s dusty landscape. Having access to water is a constant concern. It’s desolate and remote enough that supplies aren’t readily available, and that’s even if Lark has enough coin to purchase them. Then in Moquoia, we see life in a decadent glass palace surrounded by lush green lands those inside the palace don’t explore.

It’s not only desert vs. forest though. It’s the differences in class. The privileged rich live in Moquoia. Some profit from the slave trade. Lower classes eke out a scrappy existence in Alcoro, many finding homes in small towns throughout the desert. Both environments blaze with life thanks to Martin’s detailed descriptions and the way she illustrates the relationship between humans and the nature around them.

Ecosystems can’t thrive without balance—part of that is the relationship between predator and prey. Killing off most of the predators means the prey exists in greater numbers. It topples nature out of its precious balance. And this is something Sunshield explores in what, at first, may not seem like a big issue. I don’t want to get into spoilers, but you’ll know when you know.

Nature as a Weapon

Lark is known as the Sunshield Bandit because she uses the sun’s bright light as her ally. She straps a buckler to her arm so she can reflect blinding rays into the eyes of her enemies. It’s helpful in one on one combat and when Lark and her crew are stopping slaver wagons. When she’s around strangers, Lark even seems to make it a point to position herself so that she’s backlit by the sun, which makes it harder to see her face.

Think about where you live, or maybe where you dream of living, or where you grew up. Some kind of emotion associated with those places probably bubbles to the surface. The place is just as important as the people we know who also live there. Sunshield understands this. Hearkening back to how certain classes inhabit different areas, the citizens of this fantasy world wrap their identity in where they live or where they’re from. In the case of Lark, she’s fought so valiantly to make a home out of an inhospitable location that she’s folded all that hard ship into her skin, her very being. The desert, rough and tumble as it is, accepted her and gave her a place of her own. In some ways, she’s sees herself as an extension of the land.

This thread runs throughout the novel for different characters—sometimes to their detriment. When a place and its traits occupy a large space of a community’s culture and you don’t or can’t align with any of it, what does that mean? It’s not an easy question to confront, but one character in this story has to.

Sunshield is available today, May 26, and this just scratches the surface of nature’s role in the story.