When describing the color of the Sun, it’s understandable to take a page from Coldplay’s handbook and say it’s all yellow. But, as it turns out, the Sun is not all yellow, but rather entirely white. In a new post on the BBC’s Science Focus Magazine site, radio astronomer Dr. Alastair Gunn explains that unintuitive truth in simple terms. Although thinking about it—especially at sundown—may still boggle your mind.

Design Taxi picked up on Gunn’s post, which seems more or less unprompted. Who needs a prompt to talk about cool space stuff anyway though? Especially when it comes to the Sun: the fiery fusion reactor in the sky that lends us its light and heat and the occasional blazing blast of plasma. 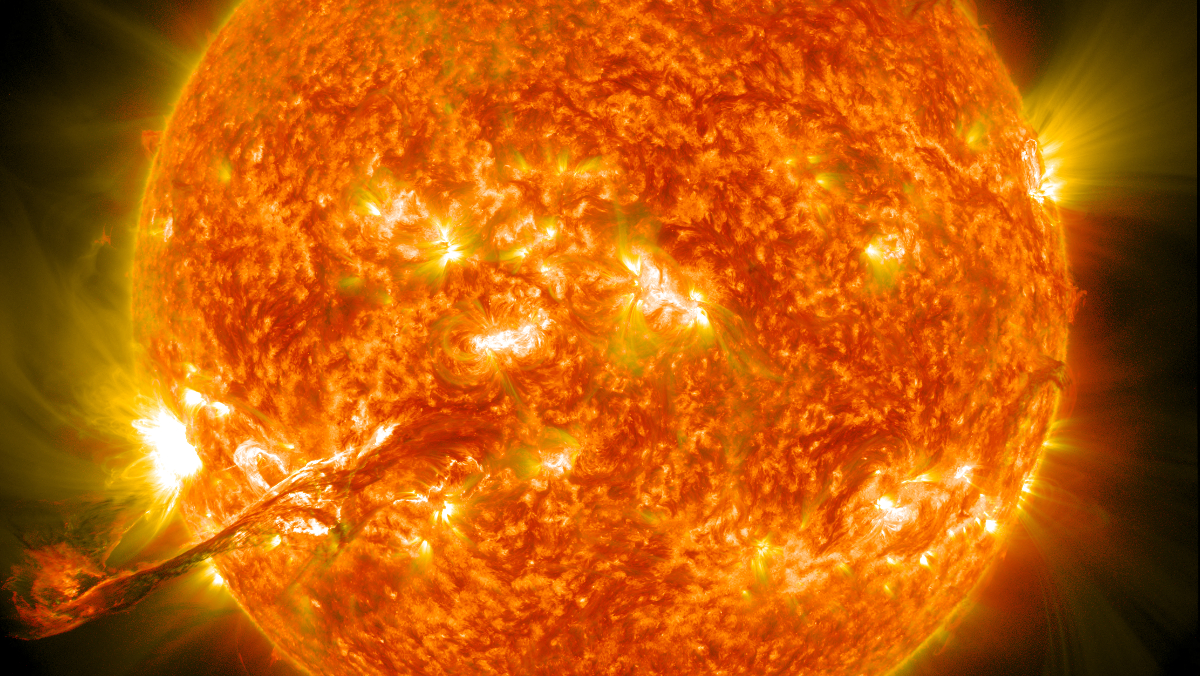 As Gunn describes in his post, the Sun appears yellow to the human eye on Earth because of the interplay between the sense organ and the light coming from the star. In actuality, the Sun emits light in the entire, narrow, visible band of the electromagnetic spectrum (in the image below). Critically: It emits it in equal amounts in each portion of the visible spectrum too. Meaning that a human observer in outer space would observe our star as white, as the human eye determines something’s color based on its “peak wavelength” in the electromagnetic spectrum. And in the Sun’s case, there’s no real standout peak wavelength. Hence no standout color.

Technically, the light coming from the Sun does have a peak wavelength in the green portion of the visible spectrum. Although it doesn’t stand out nearly enough from the other wavelengths for the human eye to perceive it. (The image above, incidentally, has been “lightened and blended” to achieve its color.)

So why do we see the Sun as yellow here on Earth? That’s because of our planet’s atmosphere and the way it scatters light. While the light coming from the Sun is indeed white, our atmosphere scatters blue light more efficiently than it does red light. This deficiency in blue lightwaves means we see a yellow Sun. And at sunrise and sunset, when more of the Sun’s light passes through our atmosphere, we see a redder Sun. Which is always a spectacular sight. Seeing a blue Sunset through Mars’ wispy atmosphere, however, is something that’ll really make you rethink the way you see our home star.