SUICIDE SQUAD Gets Ready to KILL THE JUSTICE LEAGUE - Nerdist

SUICIDE SQUAD Gets Ready to KILL THE JUSTICE LEAGUE

After the amazing behind-the-scenes look at  The Suicide Squad earlier in the day of DC FanDome, we thought there’s no way we’d get another Task Force X look. And hell, we already had a great look at a game, in the form of WB Games Montreal’s  Gotham Knights. But no! We have yet another awesome thing to look at in the form of Rocksteady Games’ Suicide Squad: Kill the Justice League. While we didn’t get a look at gameplay, the trailer gives us a great sense of tone, and color…and oh yeah, evil Superman.

As Rocksteady director Sefton Hill explains, the game will put players in control of four members of the Suicide Squad, with Amanda Waller calling the shots. First, we have Deadshot, the man who never misses; second, we have the enormous aquatic bruiser King Shark; Captain Boomerang is third, with a jet pack, dangerously; and finally, no Suicide Squad anything, or Arkham-universe thing, would be complete without Harley Quinn. Their job is to take out members of the Justice League, who have apparently gone to the dark side and started killing people. 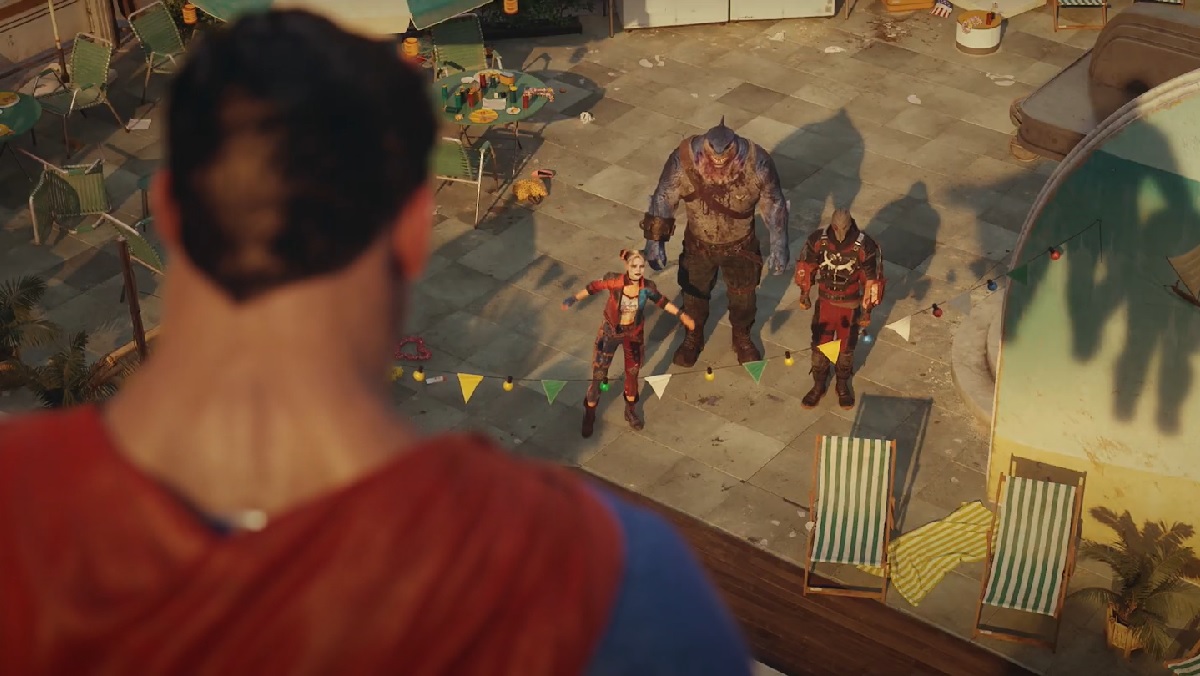 In addition to melee and hand-to-hand combat, Hill promised dynamic firearms. You can upgrade your weapons as you go to make them more powerful and more robust. Unlike the Arkham games, Suicide Squad will be a cooperative multiplayer game. If you want to play it that way! He hasten to adds that if players want to go solo, they can take control of all four members of the Skwad throughout the campaign. Switching back and forth will be a really cool element, as will getting to see Rocksteady’s version of Metropolis, since we feel like we know their Gotham City so well.

We’re honestly pretty jazzed about this game, especially given its connection to the Arkham games that revolutionized superhero games. But we’ll have to wait for 2022 to get our hands on it. Worth the wait, surely.