Momiji Nishiya picked up the gold metal after a stunning run of tricks.  Brazil’s Rayssa Leal, who is also just 13, walked away with silver. Funa Nakayama, also of Japan, rounded out the podium with silver. With a pair of 13-year-olds and an 18-year-old standing atop the podium, women’s skateboarding has an incredibly bright future and we can only hope to see them in the Olympic games to come. On the men’s side of things, Yuto Horigome picked up gold in street skateboarding with Brazil’s Kelvin Hoefler picking up silver and American Jagger Eaton rounding things out with bronze.

Tony Hawk, one of the world’s most prolific skateboarders isn’t on-hand to compete at the games. But he is commentating for NBC and in addition to giving a preview of the events to come, he also gave the skate course a little test run. And I have to say, he earns a gold in my heart.

During the 2016 Rio games, the International Olympic Committee’s executive board voted on several events to include for the 2020 games. The events joining the usual staple events of volleyball, swimming, and gymnastics, are surfing, sport climbing, baseball, and softball. And, of course, the aforementioned skateboarding. Baseball and softball have had a testy relationship with the Olympics since their inclusion in 1992 and 1996, respectively. However both events were absent in 2012 and 2016, but the Tokyo 2020 committee successfully lobbied to get them back on the list for the current games. 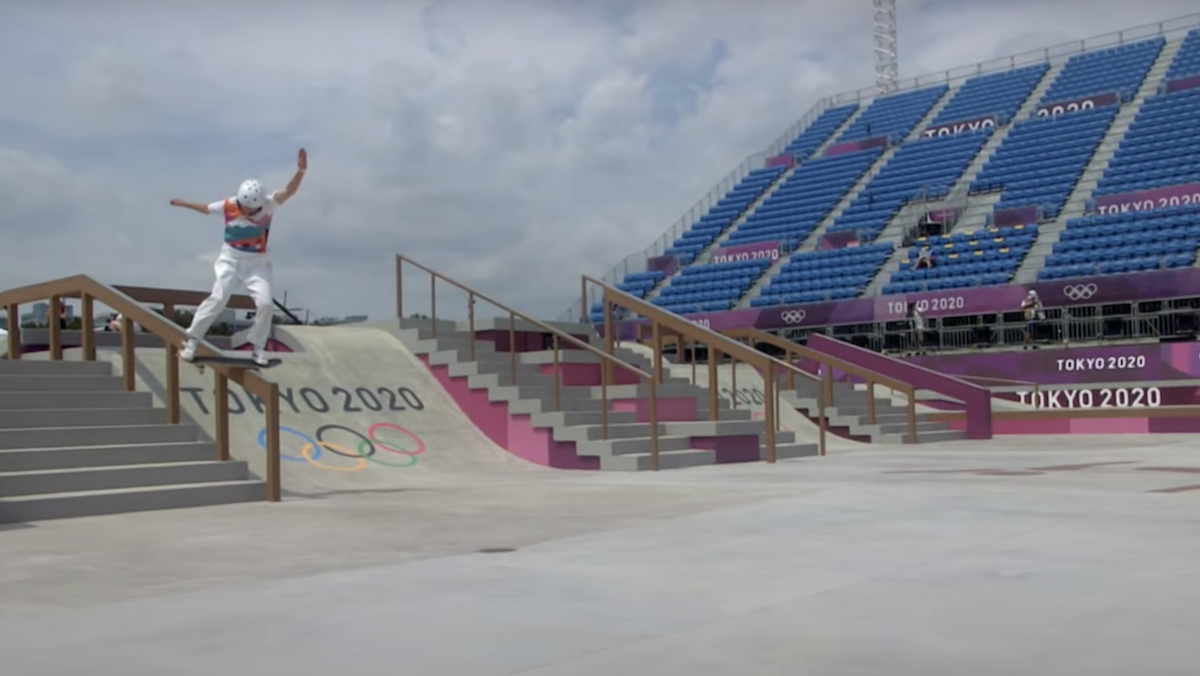 Skateboarding resumes with its second event, the women’s and men’s park, on August 3 and August 4, respectively. With skateboarding in the Olympics mix—hopefully for good—we need the IOC to see about in-line skating next. Let’s give my main man Brink and the Soul-Skaters a shot at Gold in 2024.