Some games, such as The Grizzled and High Society, feature poetic commentary on culture and the human condition. Other games simply let you beat the hell out of some bad dudes. Street Masters from Blacklist Games is comfortable in that latter category, offering a high octane beat ’em up full of aggression and a sense of cleverness. It’s smooth and burly and it knows how to execute a roundhouse. 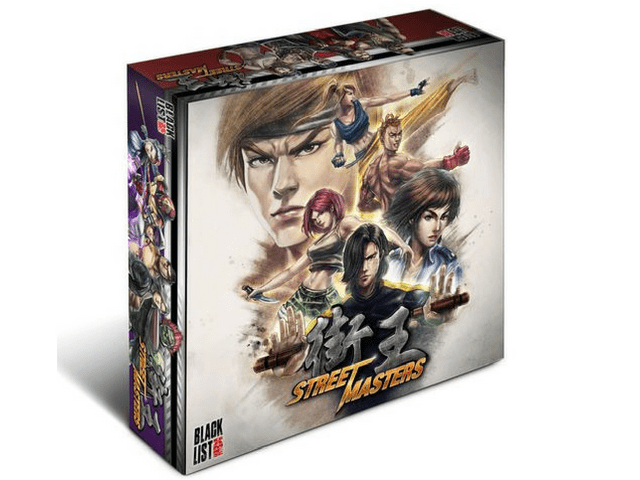 This is Streets of Rage the board game. Players cooperate to take down an enemy boss and his crooked henchmen. Your weapons are fists and boot as you lay down combos and execute powerful special abilities. Each of the six asymmetrical characters utilizes a tailored deck, and each explores a very specific mechanical vector.

As a tactical miniatures board game, we expect scenarios. Street Masters delivers but not in the way you’d expect. Instead of explicit setups or narrative frameworks, the power is placed in the hands of the group to assemble a scenario on the fly. This is accomplished via modular components.

The group will choose one of four factions to face. They each have their own boss you’re tasked with taking down, alongside a horde of cronies with their own competencies. Variety is strong here as each antagonist set includes a suite of cards that merely buff their own characters and provide interesting mechanical twists. 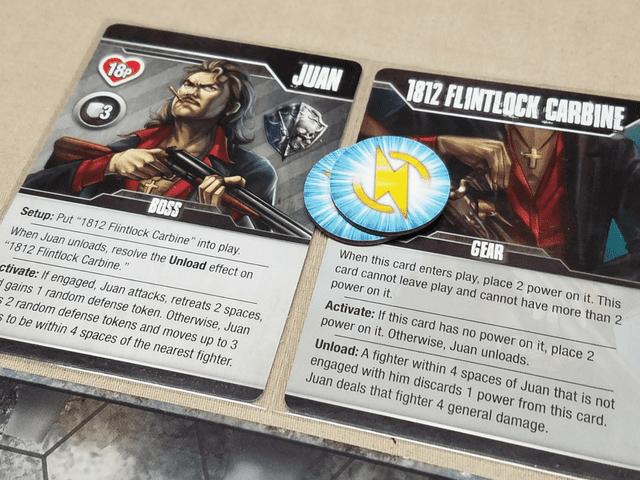 The next choice is the level. The game offers several double-sided boards that each pair with an event deck. This is a key selection by the players as it offers alternate enemy victory conditions. Some maps will have your foes trying to take down NPC characters, others will have them smuggling contraband off the grid. Additionally, they offer events and special rules that affect strategy and approach.

Many of these effects require you place event cards face-up on the table and trigger their abilities during a certain phase. This works quite well and offers a wide range of mechanical freedom, however, it can also lead to constant scanning of text. Occasionally you’ll miss an ability or action and you’ll just have to live with it. This is a small price to pay for the depth attained.

This combinatorial nature of the game to offer plug and play aspects of gameplay is extremely compelling. It allows for quick setup as you grab a map and an enemy deck and you’re good to go. Participants can then select a hero and their appropriate cards and you have a completely unique climactic action scene ready to play out on your dining room table. 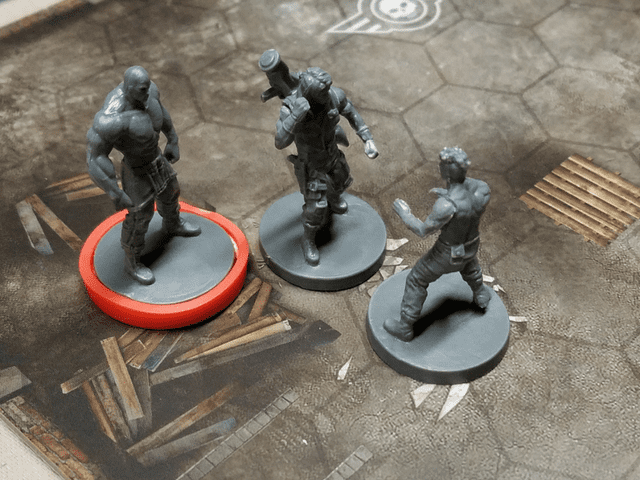 If that bulldozer of a cocktail isn’t enough, you can delve into the optional story mode. This offers a campaign element that sits in the background of play. A narrative deck is utilized with goals and setup alterations. It bridges the gap between one-off scenarios without adding a host of new rules or creating a wobbly balance. In many respects, it’s brilliant.

Each hero likewise possesses a personal story deck with their own narratives to plumb. This offers side objectives which incentivize alternate concerns on the board beyond taking down the big bad. Progressing through these branching cards allows you to expand your fighter’s arsenal and upgrade your deck. It’s fantastic as a campaign tool that nudges you towards realized power while also offering very solid story elements. 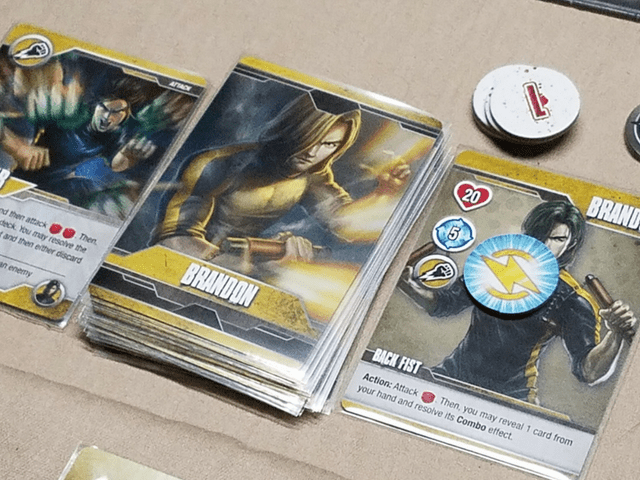 While the gripping structure of play is integral to Street Masters identity, the specific mechanisms utilized in the throw-down are noteworthy as well. Actions are facilitated through those individual character decks and give way to dice-based attacks. Combat here feels cleverly tailored to feel slightly tight while also allowing for occasionally swingy bouts of heroism.

This is mainly accomplished through a sense of forward momentum as there are no misses or blanks on the custom six-siders. More than half of the faces show damage while the rest offer defense tokens that you use to negate incoming damage. That potential for breaking through the ceiling is accomplished via one symbol offering the oh-so-wonderful exploding effect. There are few moments as satisfying as rolling an explosion result up into another. And another. And another.

Damage is of course blocked with those defense tokens and rolls into this philosophy of onward motion quite well. Protagonists expending block tokens flip them over to represent charges. Accumulate enough of these and your character unlocks their super ability, ready to sow destruction and separate derrières from their bodies.

This is a remarkable experience. It’s physically a looker and mechanically a beast. It maintains a high velocity throughout play and clocks in at a comfortable 60 minutes. Hell, it even warms the belly as a solitary endeavor. Street Masters is a fantastic release that’s willing to fight for its top-shelf status.

Have you played Street Masters? Let us know in the comments!  And be sure to join host Becca Scott on  Game the Game every Thursday here on Geek & Sundry to watch the best boardgames played with fantastic guests!

In addition to Geek & Sundry, Charlie Theel writes for Ars Technica, Tabletop Gaming, Player Elimination, and co-hosts the gaming podcast  Ding & Dent. You can find him on Twitter  @CharlieTheel