Stranger Things typically finds inspiration in other fictional works. However, one major character’s story revolves around a very real—and very awful—program the United States government once ran. On the show, this program is what gave Eleven her superpowers. In real life, it’s what Boston mobster and mass murder Whitey Bulger claimed was to blame for his many crimes.

MK-ULTRA was an illicit top-secret CIA project operated from 1953 to 1973. The Agency conducted experiments on “volunteers” and unwitting test subjects, in a grotesque attempt to master and weaponize “mind control”. By any measure, MK-ULTRA stands as one of the most despicable and unethical projects undertaken by the U.S. government in the 20th century. Amid a growing fear of the Soviet Union’s (and other communists countries’) supposed brainwashing capabilities, newly appointed CIA head Allen Dulles approved a secret program to mastermind control techniques. From History.com:

“MK-Ultra’s ‘mind control’ experiments generally centered around behavior modification via electro-shock therapy, hypnosis, polygraphs, radiation, and a variety of drugs, toxins, and chemicals. These experiments relied on a range of test subjects: some who freely volunteered, some who volunteered under coercion, and some who had absolutely no idea they were involved in a sweeping defense research program. From mentally-impaired boys at a state school, to American soldiers, to “sexual psychopaths” at a state hospital, MK-Ultra’s programs often preyed on the most vulnerable members of society. The CIA considered prisoners especially good subjects, as they were willing to give consent in exchange for extra recreation time or commuted sentences.”

One of the chief chemicals the CIA experimented with was LSD. The Agency gave the hallucinogenic drug to both volunteers (some of whom had no idea exactly what they were signing up for) and unwitting test subjects. The latter group included CIA employees, who secretly received doses of drugs at work. The goal was to determine if LSD could give the U.S. control over the subjects’ minds and bodies.

In a 1957 memo, the CIA’s Inspector General made clear that the Agency understood what it was doing was wrong. Its only concerns involved getting caught.

“Precautions must be taken not only to protect operations from exposure to enemy forces but also to conceal these activities from the American public in general. The knowledge that the Agency is engaging in unethical and illicit activities would have serious repercussions in political and diplomatic circles and would be detrimental to the accomplishment of its mission.“

Eventually, the testing included what become known as Operation Midnight Climax. The CIA set up secret viewing rooms wherein they’d observe sex workers and their clients, the latter of whom would be unwittingly dosed with LSD.

LSD testing stopped in 1963, ten years before the entire program came to an end. Eventually the public learned about the project. Congress investigated, but many documents had been destroyed in 1973; many CIA officers who participated “suddenly couldn’t remember” other details when testifying. We know that Army scientist Dr. Frank Olson killed himself two days after unknowingly drinking LSD. But a full account of other tragedies and ruined lives was rendered impossible to achieve.

Still, we know that the damage done by MK-ULTRA was enormous. Brown University professor Stephen Kinzer, author of Poisoner in Chief: Sidney Gottlieb and the CIA Search for Mind Control, a history of the program, described the program and its damage to told The Boston Globe:

“The CIA mind control program known as MK-ULTRA involved the most extreme experiments on human beings ever conducted by any agency of the U.S. government. During its peak in the 1950s, that program and its director, Sidney Gottlieb, left behind a trail of broken bodies and shattered minds across three continents.” 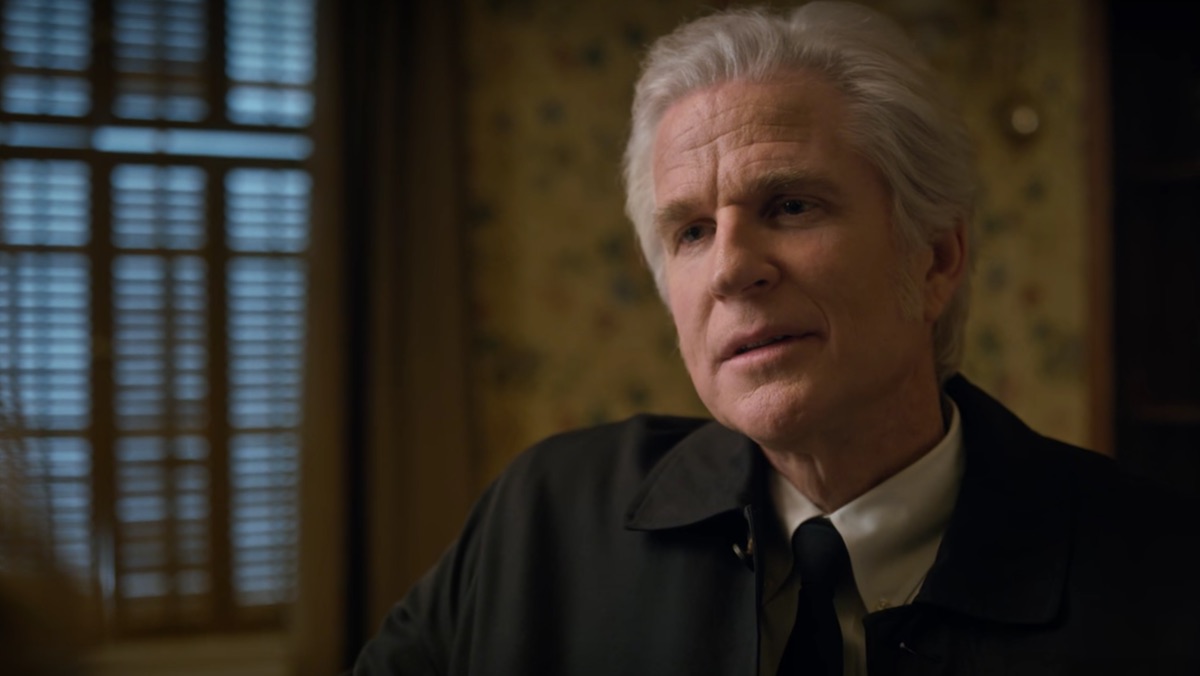 In the fictional world of Stranger Things, Hawkins National Laboratory was one of the participating MK-ULTRA sites. Matthew Modine’s Dr. Martin Brenner ran the project starting in ’53. Eventually, a college student named Terry Ives volunteered and was repeatedly dosed with LSD. She didn’t know she was pregnant at the time, and the psychedelic drugs rendered her daughter Jane (a.k.a. Eleven) born with the powers of telepathy and telekinesis. Brenner continued testing at Hawkins Lab into the ’80s, working with a different kind of mind control to use against the Soviets. That led to Eleven opening the Upside Down and the demogorgon.

Over in our world, James “Whitey” Bulger participated in the same program. Bulger claimed the CIA dosed him with LSD over 50 times while he was a prisoner in Atlanta in the 1950s. The Unabomber, Ted Kaczynski, also took park in the program’s trials. Before he died, Bulger tried to make the claim that these experiments were to blame for his many killings. But thousands of Grateful Dead fans (and the band’s lyricist, Robert Hunter, who was also a part of MK-ULTRA) have spent a lifetime trying to mellow out, so we’re not buying it. Woodstock didn’t turn into Thunderdome.

Bulger and Kaczynski’s own culpability for their crimes doesn’t change how awful MK-ULTRA was. It’s a dark and shameful part of America’s history. And just like on Stranger Things, it proves something we should never forget. Some of the worst monsters are in charge.