In Defense of Chief Hopper In STRANGER THINGS 3 - Nerdist

In Defense of Chief Hopper In STRANGER THINGS 3

Jim Hopper is a complicated man. He’s a father, a fighter, a lover, a survivor. A man who’s been through the impossible: the death of a young daughter, the dissolution of a marriage, and the hellfire that is the rebuilding stage. Stranger Things has spent three seasons shading in his character, letting us into his dysfunctional world. One where pills and booze mask insurmountable pain, where anger bubbles to the surface with certain triggers, where PTSD is threaded through every interaction and work assignment. In the show’s third season, Hopper is markedly more with it, but even that’s not much. He’s a man still living with and processing his trauma, and trauma doesn’t work in clean character arcs. 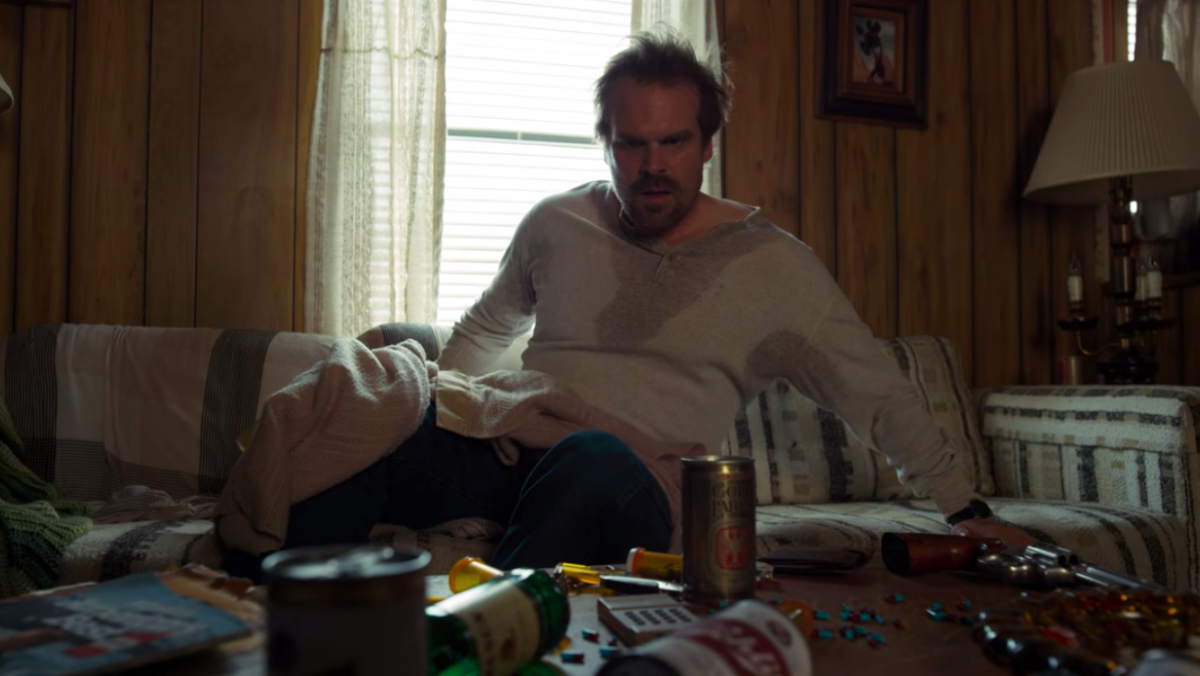 In Stranger Things 3, Hopper is dealing with a lot. Hawkins is once again the test subject for a militarized operation attempting to broker a door between worlds. On top of dealing with that threat—the third year in a row that a traumatized small-town police chief is forced into a web of conspiracy—Hopper is also raising Eleven, which comes with its own set of triggers. Not only does El’s boyfriend Mike insult Hopper’s authority (leading to an explosive argument in the first episode, where Hopper attempts to put the punky teen in his place), but Hopper is also watching his adopted daughter live out the life his biological daughter never did. As real and pure as his love for El is, it doesn’t erase his past, nor should it. But it does complicate the healing process. Hopper reacts to Mike’s advances with anger and frustration, which isn’t atypical for the father of a teenage girl, but feels especially loaded here, as if he’s venting his frustrations that he hasn’t done this before.

Hopper is also working through his attraction to Joyce, whom he both openly admires and fiendishly mocks. His controlling nature is partially endemic of the climate of ’80s masculinity, but also based, once again, in past traumas. In the first season, we got a quick window into his marriage to his daughter’s mother, which presumably ended as Hopper turned to drugs and alcohol. “Those seven years… they were everything to me,” Hopper says over the phone, before a crying baby is heard in the background. This scene is tantamount to understanding Hopper because it clarifies the depth of what he’s lost: a child, a wife—a whole life.

Joyce is the first person who looks like a future to Hopper, and that understandably terrifies him. When he finds out she’s planning to leave Hawkins, he self-punishes, thinking he failed her. “It’s important to me that you feel safe, that you and your family feel safe,” he tells her. “I want you to feel like this can still be your home.” This is followed by a monologue where Hopper confesses his pain, and the bog he’s still stuck in. 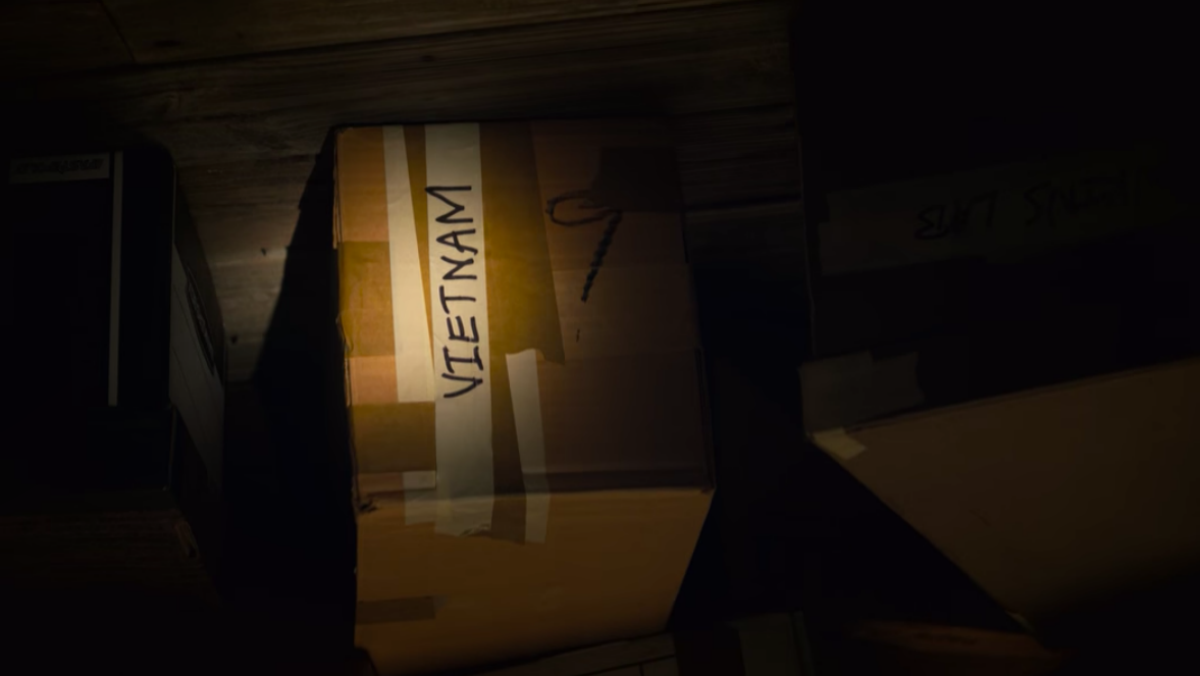 All of this colludes with other triggers for Hopper. In season two, when Eleven stumbles upon his basement storage unit, she finds a box labeled “Vietnam.” This implies that Hopper is also, most likely, a Vietnam vet (the timing lines up). It accounts for some of his impressive skills—making trip wires, improvised torture, handling an M-16—but also some of his triggers: why he’s prone to anger in stressful situations, why he’s often jumpy and irritable, why he self-medicates with painkillers and alcohol. He admits to Joyce in the third season that he almost shot a dog because he confused it for a Demogorgon, implying that the events in Hawkins have also altered his safety state. It’s interesting and not that surprising, knowing this, that he chose to be a police chief; it’s a job that lets him both feign and abuse authority, while living in a bubble of toxicity and denial.

All of this makes his sacrifice at the end of Stranger Things 3 feel noble and earned. As he stands in the warpath of the machine drilling a hole into the Upside Down, he nods at Joyce to flip the switch that will destroy it, and him with it. His eyes are filled with tears, but he smiles and nods, knowing that he helped beat down Russian goons to get there, and that he’s now a casualty for the greater good. He also knows Eleven will be safe with Joyce, and that he did what he could to protect her, despite his imperfections along the way. 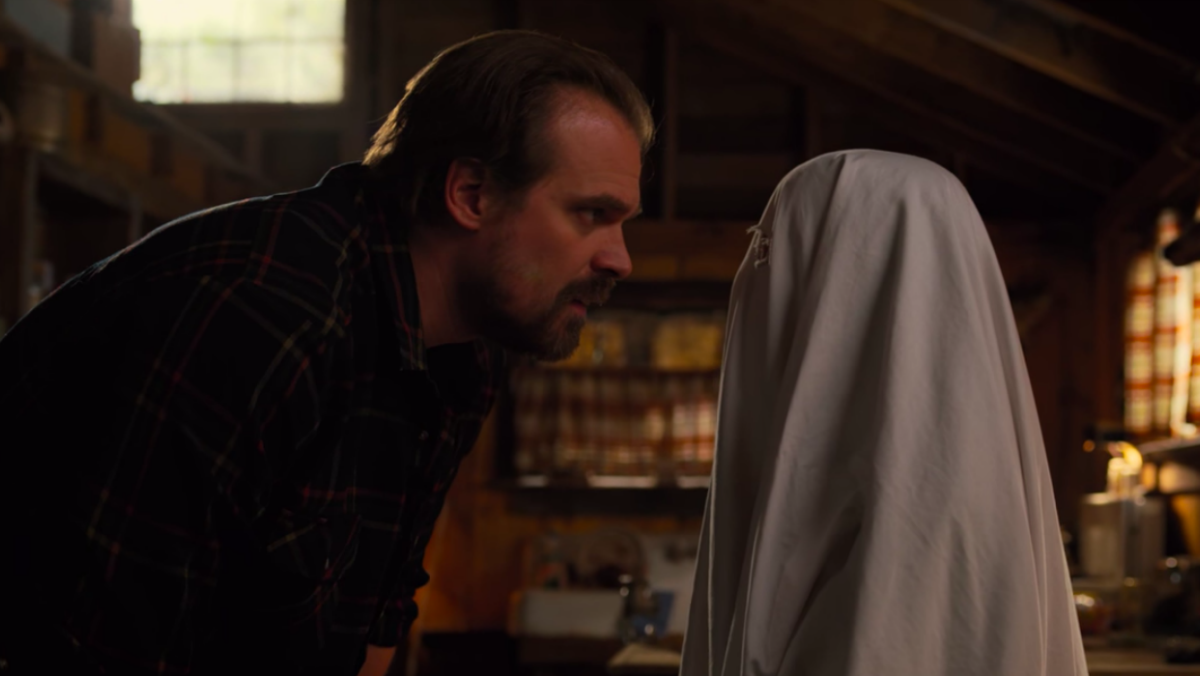 It’s easy to imagine that he also feels he deserved to die in that moment. He was close to a door, he could have run to Joyce, but instead he stood, feet planted, and nodded his life away. It’s possible that he felt his death could repay his sins. And depending how it’s handled next season— we have to imagine he’s not really dead, or not dead forever—his reappearance could be his rebirth. The second act of a life that felt like it was barreling towards nothing much. We’re always fit for that second act, no matter how purposeless we’ve felt in the past, or much we’ve failed in the meantime.

Hopper, for his many flaws, influences, and addictions, has always been inherently good—just lost. Maybe season four will find him again. But if he’s still broken, still a little rough around the edges, that’s okay too. Trauma never goes away. It shows itself at the most inopportune times. It’s always in the backseat, along for the ride. But if Hopper learns how to live with it—and how to live, period—it doesn’t have to define his actions. Maybe he’ll even let it sit up front, where it doesn’t have to be so scary.