Stranger Things is proving to be fertile ground for a lot more than Demogorons and Mind Flayers. Hawkins, Indiana is a hot bed of cross brand promotion. Netflix’s ’80s set horror series has already teamed up with Coca-Cola to bring back their historic failure, New Coke, which was released in 1985, the same year the upcoming third season of the show is set. Also, Nike announced a new line of Stranger Things-related apparel, including retro sneakers that were also for sale back then. But this newest tie-in product might be the strangest thing yet to come out of the new season, because Burger King is going to sell “Upside Down” Whoppers.

And all they’re going to do is serve them upside down.

The fast food chain announced the one-day promotion (which we learned about at ScreenCrush) – set for June 21 in select cities across the United States – with a very silly video featuring the show’s theme song and font. This burger doesn’t feature Demogorgon meat, or some kind of special Upside Down sauce, or literally any absurd pun you can think of. It appears to just be a regular whopper they’re going to give to you upside down.

This is so intentionally stupid it might be my favorite cross promotion ever. What was the meeting like for this? I’m going to assume “short” and “poorly attended.”

In fairness, there is a little bit more to this though. The eleven Burger King locations participating (you can find them all below) will also have limited-edition Stranger Things T-shirts, pins, and also Burger King crowns and ketchup packets. 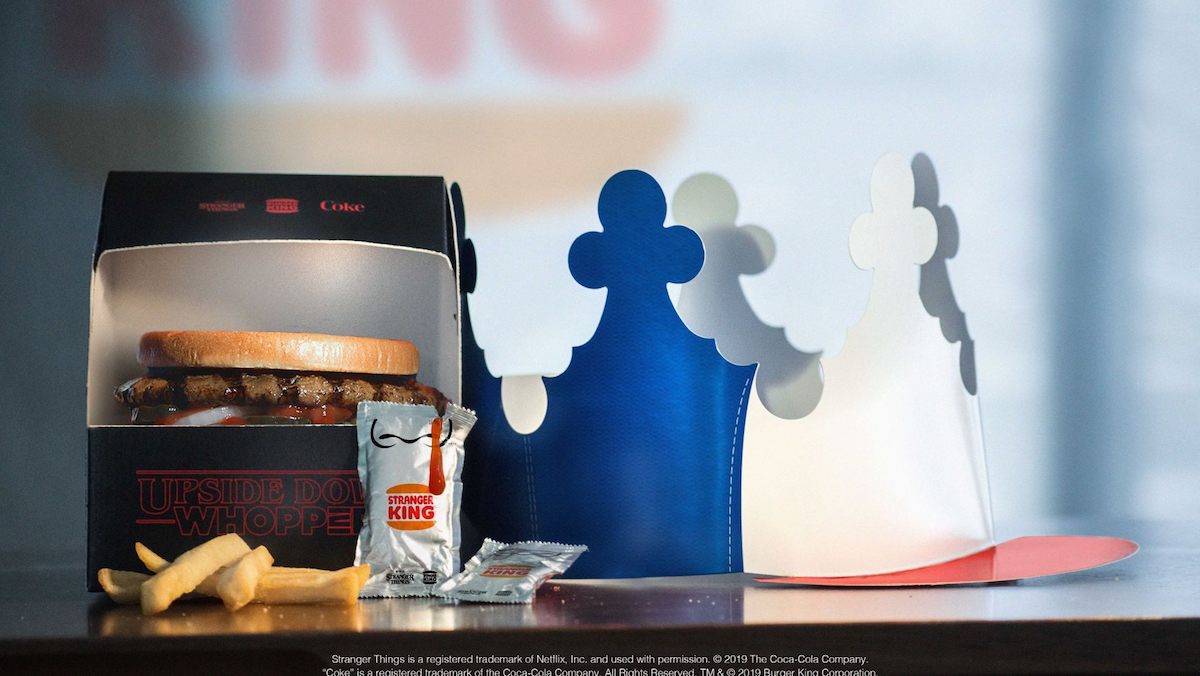 But if you can’t make it to one of them just order a regular Whopper and flip it over…..like they did in the ’80s maybe? I don’t know, this whole thinghas really turned the idea of cross promotions upside down.