Storytelling For Rules Lawyers Can Be Tricky; These GM Tips Should Help - Nerdist

Storytelling For Rules Lawyers Can Be Tricky; These GM Tips Should Help

GM Tips is our series to help Storytellers and Game Masters improve their craft and create memorable roleplaying experiences. Last week, we covered the sticky subject of cheating and this week we deal with rules arguments.

Few things can torpedo the flow in a game session like a rules argument mid-combat. One moment you are storytelling an epic encounter and then a player starts arguing over intended power usage. An hour later of looking through books or debating the point and everyone is checked out of the session. Often times, the debate stems from fuzzy wording in rules, which can lead to off-the-cuff judgment calls. Players, the vast majority of the time, are super respectful of the GM calls and roll with whatever choice is made.

Games like 5th Edition D&D tend to be crisper and newer in game design with fewer arguments, but as more supplements are printed—a rules creep is bound to happen. Rules Lawyering is a term we toss around for players that read every sentence from every source and maximize their loopholes. An example I’ve seen is arguing about a Paladin’s Great Weapon Fighting; it doesn’t explicitly state that it applies only to the weapon’s damage dice so thus it should apply to Smite damage. Pushed to prove the validity of the rule, one way or another, the session will get bogged down. Other examples include debating house-rules versus rules-as-written (RAW) book printing, or even simply being foggy about the exact printing of Prestidigitation.

As storytellers, it becomes impossible to remember every spell and rule in the game and so we’ve got to make judgment calls when pressed on our knowledge for rules. Here are some tips to smooth over extreme cases.

Avoiding arguments mid-session seems like a rather basic tip for both players and storytellers. Just hold steady, inform your players that this is your call, and continue with the next player in initiative. Doing this can ruffle some feathers because the player may feel it’s critical to their characters survival. What follows is complaints about powers being useless, or why did they invest points in that area if you (the GM) was simply going to dismiss them?

You can mitigate some debating by clearly reminding your players of all house-rules before the session starts. At the start of every game, rehash any vital house rules or policies you have. Setting the expectation that there is no debating mid-session is a great table policy. For years I’ve tossed encumbrance rules out the window and I also remind players that death is not the end each session. You can theorycraft and rules investigate together as a group before and after sessions as a team. Everyone will have more fun and often great combos can be discovered when everyone is working together over hurried searches mid-session.

Stay Away From Retcons 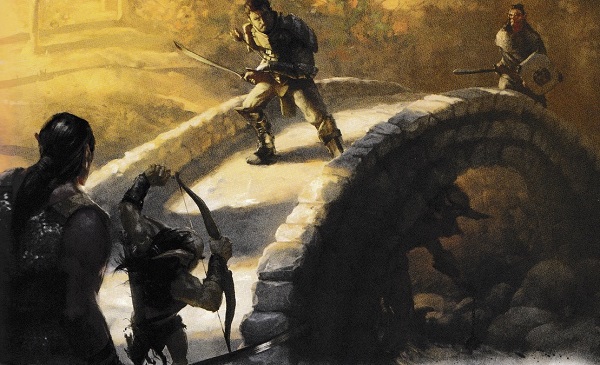 Retcons are when a scene has to be rewound for everyone. In hindsight, it is discovered that a power works differently than ruled, or players actions would change based on forgotten information. In LARP’s, retcons are a plague that spread due to character death or metagaming information—and what follows is nothing but a ball of drama. Storytelling is meant to be fun, not a headache-inducing affair where friendships can hang on the line. Even if the RAW wording on a power (like a Dryad’s charm ability in 5th edition) seems incredibly overpowered given the challenge rating, avoid undoing a scene if you house-rule it after. Any changes you make should apply to things going forward, and not applied retroactively.

Rules lawyering players will push for you to undo a scene; doubly so if they can prove they are correct. On the flip side, if you made an error as a GM, you may feel guilty and want to undo it. A simple quick fix that impacts no character majorly or the outcome of the event is okay, but rewinding an entire night of gameplay for five players is a tragedy. Instead, find a creative way to compensate characters in the story with a little flubbing of encounter fallouts. If someone accidentally died, maybe a private one-on-one session with their patron deity and a resurrection will both develop the character and avoid a retcon.

It Is Okay To Be Wrong

I always tell my players they are responsible for knowing their own sheets. With a multitude of games to play, different systems, editions, and even genre’s—I simply can’t keep up with all the rules. Having trust in your players is a good thing, and if you’ve got a rules expert at the table who can help guide through tricky situations, you should take their advice. Rather than making GM calls against the players, I’ve switched to universally accepting their interpretation to their powers. Trusting your players and letting them make their own calls is a lot easier. Remember that you’ve got ultimate control over how many bad guys you slip down on the table, and even if you recoil at some broken ruling, there are other toggles at your disposal.

Nobody is infallible and everyone at the table will make mistakes, including the rules lawyer expert. They may be trying to seek out an extra mechanical benefit for themselves and it’s a smoother ride for everyone else if you just agree with them then (even if it pains you). You’re the Game Master and can dictate when and where you find the correct rules call or implement your own interpretations going forward. Always remember that your story and world is stronger than a single broken power or flawed game mechanic. You can accept errors, correct calls, and even the wackiest broken effects in and correct them in your own way that benefits everyone at the table. Handling rules lawyers this way robs them of their power over the table and causes such actions to fade away over time.

What tips do you have for dealing with rules calls and debates at the table? Does anyone have any horror stories? Share them in the comments below!

Image Credits: Wizards of the Coast and Critical Role