Researchers at the University of Salford in Manchester have created a miniature model of Stonehenge to better understand its acoustics. The 1:12 scale model allows the researchers to simulate the way sound waves would’ve bounced around the monument. According to their results, the mysterious, ancient site would’ve been a good place for very intimate conversations. 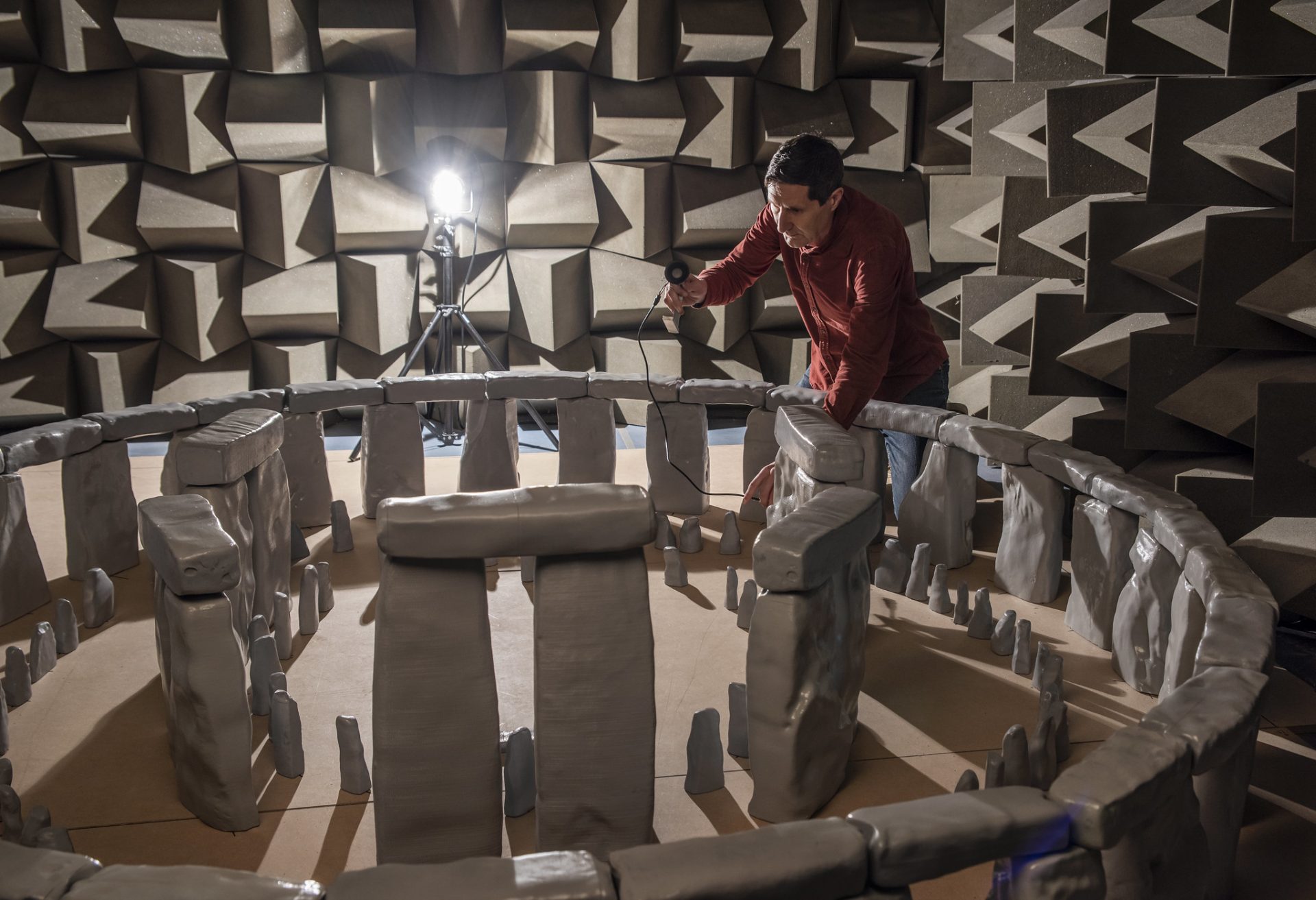 Trevor Cox, an acoustical engineer at the University, led the project to decipher Stonehenge’s soundscape. Cox and his colleagues described their findings in a study recently published in The Journal of Archaeological Science.

In the study, which comes via Science News, Cox et al. say this is the first-ever application of acoustic-scale modeling of prehistoric stone circles. Thanks to this novel use of the technique, the researchers were able to test multiple layouts of the 5,000-year-old monument.

The @SalfordAcoustic team, led by @trevor_cox have created a model of @EH_Stonehenge to investigate the sounds created at this prehistoric site. Read more about what they have discovered ⬇️https://t.co/IJeq46GlHS#SoundsofStonehenge #acoustics pic.twitter.com/fgEaRNxFDs

“Constructing and testing the model was very time consuming, a labour of love, but it has given the most accurate insight into the prehistoric acoustics to date,” Cox said in a Salford press release. “With so many stones missing or displaced, the modern acoustic of Stonehenge is very different to that in prehistory,” the engineer added.

Despite the difficulty of setting up the mini Stonehenge, the results seem to have been consistent. Stonehenge—which was a site for burials and other ceremonies—would’ve been a place where even if you were using your outdoor voice it would’ve sounded like your indoor voice. (Our phrasing, pulled directly from childhood.)

This quieting of voices would’ve occurred thanks to Stonehenge’s layout. Cox notes that he and his team found that the monument’s outer sarsen circle—sarsen is a type of stone—would’ve produced “whispering-gallery waves“; i.e. sound waves that travel along the inside of a curved surface with little attenuation. Although the whispering-gallery waves would’ve been broken up at Stonehenge thanks to the gaps between its stones. Which means by the time sounds from a conversation on one side of Stonehenge made it to the other, they would’ve been inaudible.

“The results suggest that any sounds created within the stone circle were intended for others within the same relatively intimate setting…” the Salford press release notes. Voices, both singing and talking, would’ve been especially difficult to hear for anybody outside the circle of sarsen stones. This likely means that while many people constructed Stonehenge, only a small number were able to use it. 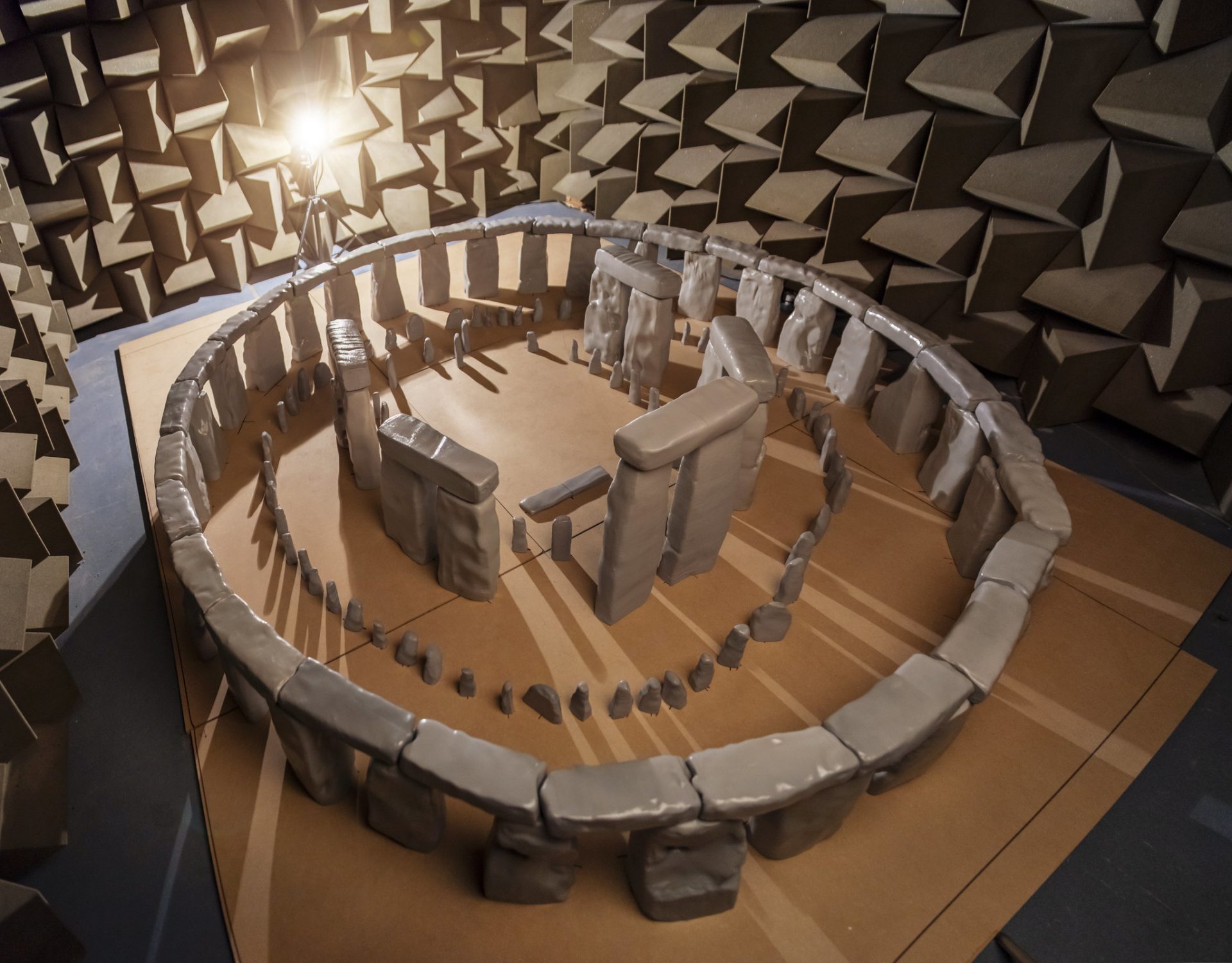 Ultimately, however, Cox and his team say it’s unlikely acoustics were a primary consideration in constructing the monument. Stonehenge had different stone configurations over time, but it seems they didn’t have an impact on the way sound traveled. Other considerations, such as astronomical alignments, were likely far more important.

What do you think about this miniature Stonehenge and its modeling of the monument’s acoustics? Are these findings making waves in the way you think about the mysterious, ancient site? Let’s get loud in the comments!