Rockstar biopics are all the rage these days. Bohemian Rhapsody won Oscars and Rocketman proved the viability of the genre. Now, another musical legend is getting the movie treatment. An icon whose work is inherently cinematic: David Bowie. Here’s the first trailer for Stardust.

Stardust stars Johnny Flynn as David Bowie as he sets out on his first tour of the US. Here’s the full synopsis from IFC:

Meet David before Bowie. One of the greatest icons in music history. But who was the young man behind the many faces? In 1971, a 24-year-old David Bowie (Johnny Flynn) embarks on his first road trip to America with Mercury Records publicist Ron Oberman (Marc Maron), only to be met with a world not yet ready for him. STARDUST offers a glimpse behind the curtain of the moments that inspired the creation of Bowie’s first and most memorable alter ego, Ziggy Stardust, capturing the turning point that cemented his career as one of the world’s greatest cultural icons.

Stardust also has an official poster. And it perfectly captures the whole look and feel of this film, based on the trailer. There’s a real vintage vibe that meshes perfectly with the timeframe and Bowie’s aesthetic. It’s colorful, it’s strange, and it’s mesmerizing. 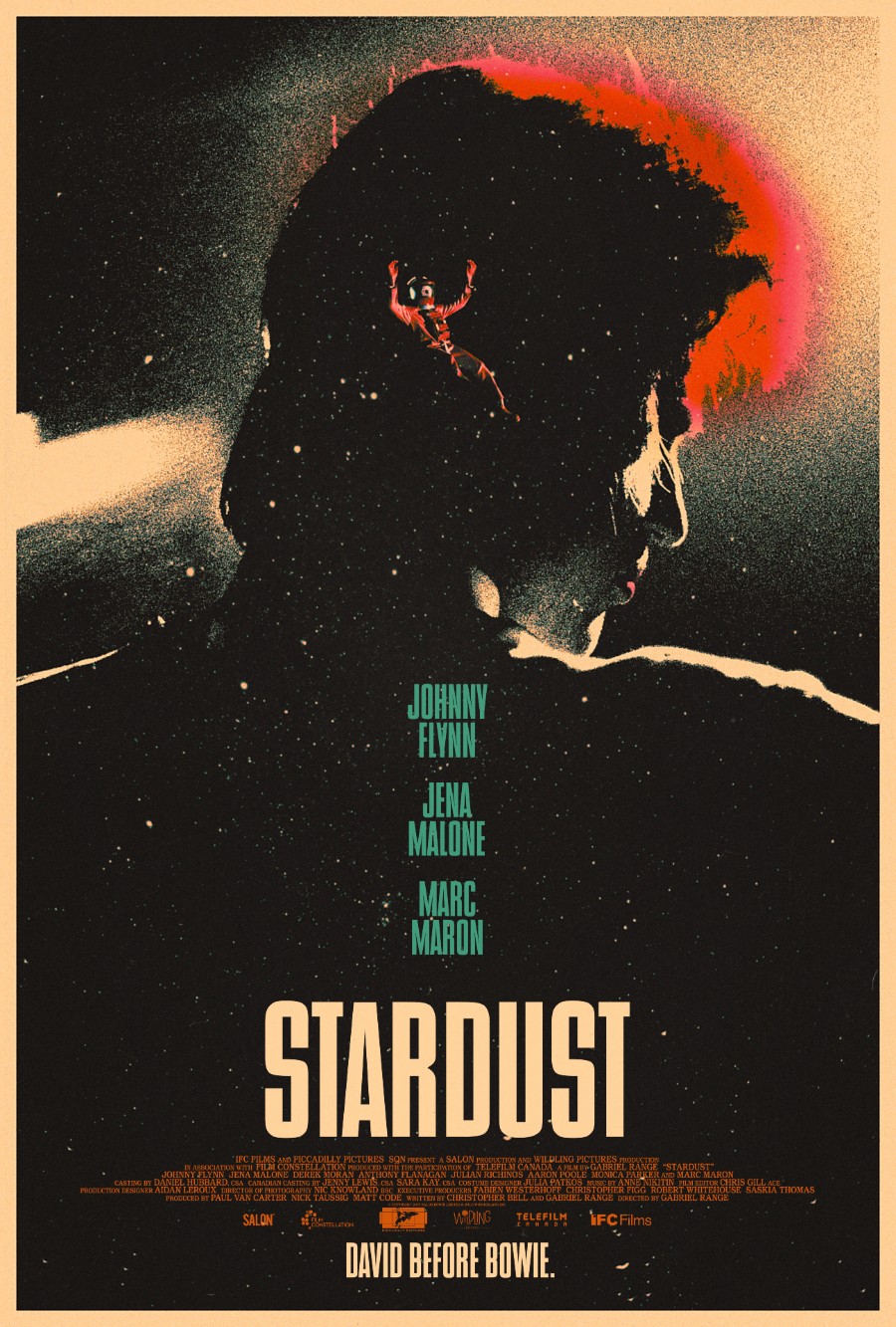 Johnny Flynn looks pretty incredible as Bowie, if we do say so ourselves. And that’s vital for a movie like this, which really hinges on the lead performance. Bohemian Rhapsody nabbed its Freddy Mercury actor Rami Malek an Oscar. Can Stardust do the same for Flynn? It’s too early to tell, but it’s not something to rule out.

Stardust was directed by Gabriel Range and co-written by Range and Christopher Bell. It stars Flynn, Marc Maron, and Jena Malone. The film arrives in theaters and On Demand on November 25.