STAR WARS: THE RISE OF SKYWALKER's Dark Rey And Knights of Ren Are Getting Funkos - Nerdist

STAR WARS: THE RISE OF SKYWALKER’s Dark Rey And Knights of Ren Are Getting Funkos

The ninth and final film in the Star Wars episodic saga, The Rise of Skywalker, is just a few short months away, which means our merchandise cups will soon runneth over. Not that we’re complaining. What better way to celebrate 40 years of the Skywalker family legacy than with a bunch of toys that will fill the void in our heart once it’s time to say goodbye to our beloved characters forever. Of course, “no one is ever really gone” as Luke Skywalker would have us remember, and thanks to a slew of upcoming Funko products targeted to the release of The Rise of Skywalker, it’s a sentiment impossible to forget.

The most exciting product in Funko’s latest Star Wars announcement has to be the new Pop! figure of “ Dark Rey,” a version of our sequel trilogy heroine spotted in recent officially released footage from the film. Cloaked in a black hood and clutching a double-bladed red lightsaber, this imagery has had us talking for the last several months and will sure to be a topic of debate until the film’s release in December. Is it a vision, or is Rey really turning to the Dark Side? This Pop! doesn’t really clear up any of our theories, but it does give us a closer look at the details on her black hood and dress—which resembles Kylo Ren’s own hood and cloak right down to the fabric. Does he get her to turn? Or maybe she comes to him in a vision or dream. Who knew that a cute little toy could reignite our imaginations like this? 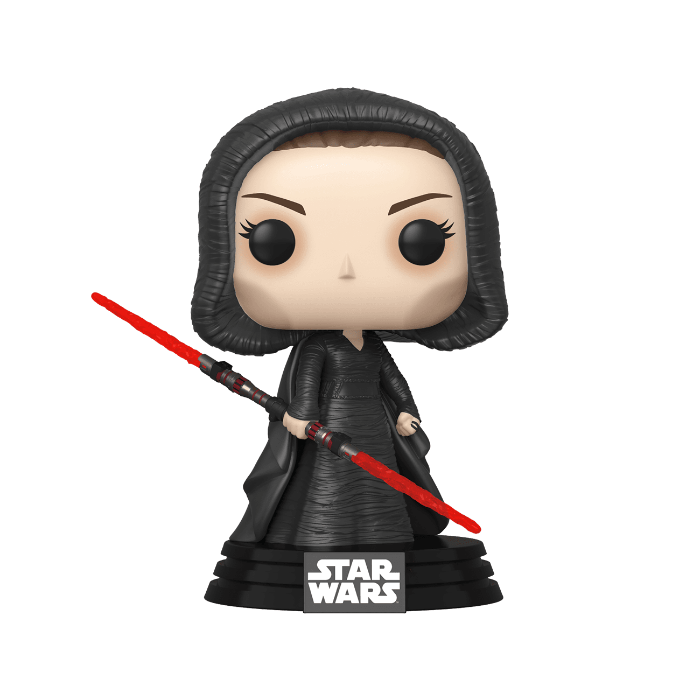 Dark Rey isn’t the only intriguing Dark Side character getting a Pop! Funko will also release the Knights of Ren as hematite chrome figurines, and gave us the first really detailed look at the costumes and weapons Kylo Ren’s acolytes will come equipped with in The Rise of Skywalker. One has a blaster, one has a scythe, one even has a club. 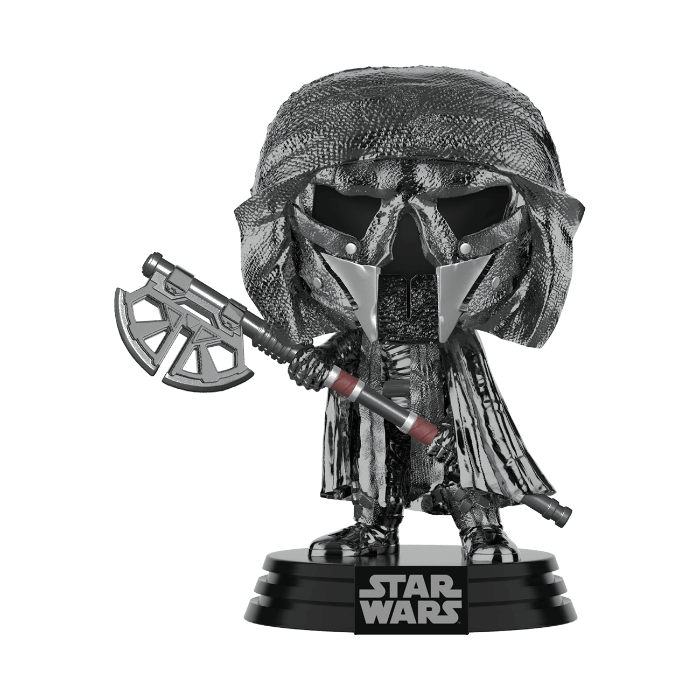 Along with the Knights, you can get a new regular-sized figure of Kylo with his red-veined new helmet as well as a 10-inch glow-in-the-dark version, and a red-eyed C-3PO–another intriguing version of a familiar character spotted in recent footage. The fact that he’s being announced with all of these other Dark Side figures has us asking questions about those red eyes all over again. Is Threepio going dark, just like Rey? 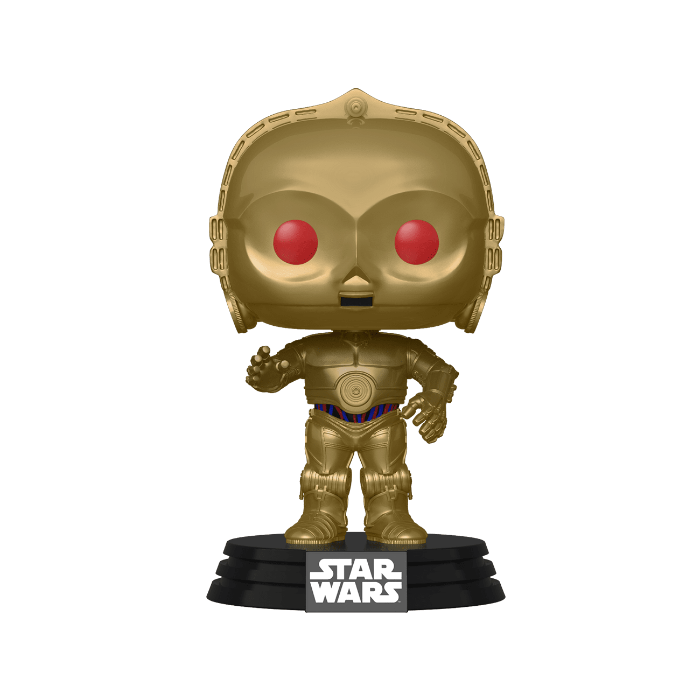 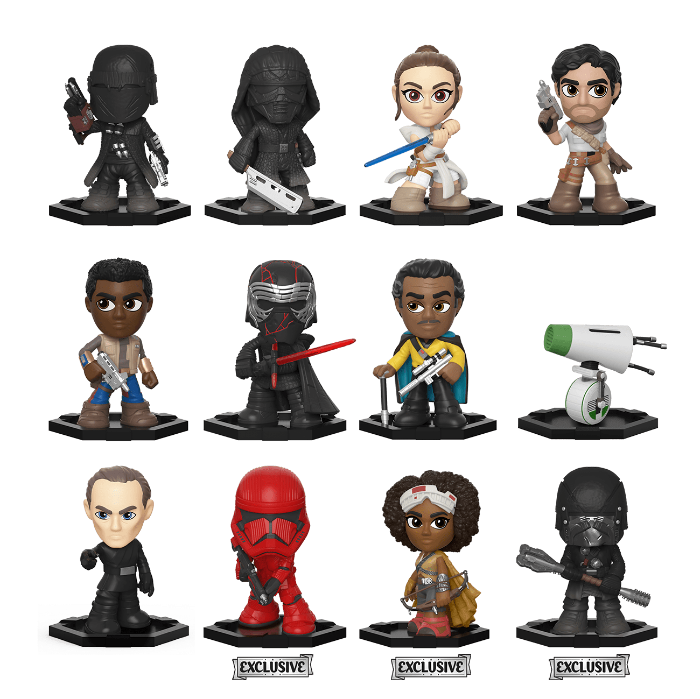 That’s a lot of new toys to get excited about! Funko has yet to release specific dates of availability for any of these products, listing them as “coming soon” on their official blog, but we’ll certainly have our eyes peeled. Star Wars: The Rise of Skywalker arrives in theaters on December 20.