It’s a big year for Star Wars, and Lucasfilm is celebrating! To honor the upcoming releases of Star Wars: The Rise of Skywalker, The Mandalorian, and the game Star Wars Jedi: Fallen Order, the team put together a special event called Triple Force Friday, which will take place on October 4. The day will see the release of a swath of new merchandise, from toys to apparel and beyond. Ahead of the big day, the official Star Wars YouTube channel live-streamed an even where they debuted some of the products we can expect to see when they hit shelves next Friday.

The livestream, compiled of live footage and pre-recorded material, was filmed at Pinewood Studios in London, and a lot of the cast showed up to see their character toy reveals. Nestled in all of the fun were a few new tidbits from The Rise of Skywalker, as seen on the character costume placards.

As you can see, this contains some new character details. The most curious among them is the information about Jannah, played by Naomi Ackie. According to this information, Jannah is from an “oceanic moon.” In the first promotional images we saw at Star Wars Celebration earlier this year, we saw Jannah on a planet that looked a lot like the same one where the other heroes find the remains of the Death Star. If this is the second Death Star, then it seems pretty likely that Jannah is from one of the moons of Endor. 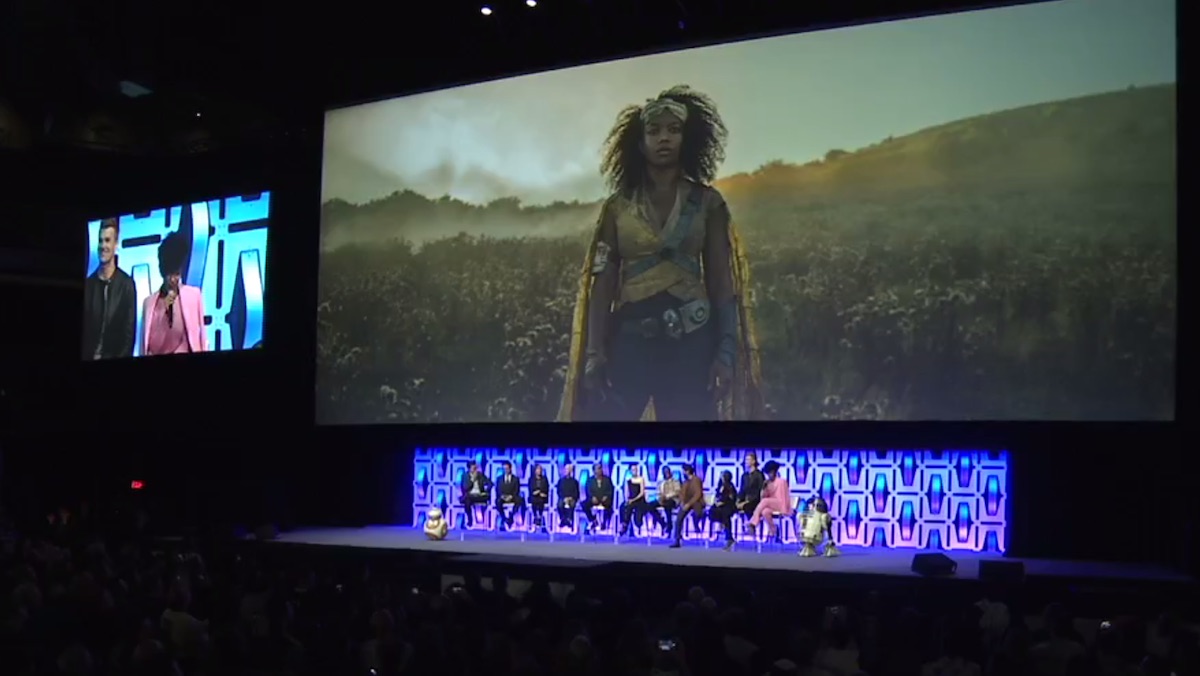 We also got some new insight into Kelly Marine Tran’s Rose Tico, who we now know has received a promotion. She’s now a military commander leading the Engineering Corps, where she keeps the Resistance’s gear in order and counters new advancements from the First Order. Not too shabby for someone who was formerly part of the engineering support crew!

There’s also a little tidbit about Poe Dameron (Oscar Isaac), who has now supposedly grown up from his more impulsive ways in The Force Awakens and The Last Jedi. That’s all thanks to General Leia Organa (Carrie Fisher), whose role in The Rise of Skywalker is still mysterious. If anything happens to her, it sounds like Poe will be her second-in-command.

Kylo Ren’s Helmet – “As Supreme Leader of the First Order, Kylo Ren wields more power than ever before. Nevertheless, Ren continues to search for secrets of the Force from the depths of the dark side.” #TheRiseOfSkywalker #ForceFriday via https://t.co/AQEYTB0zKT pic.twitter.com/GjUqAbdw59

We also got some new details about some of the props in the film, like Rey’s Skywalker legacy lightsaber. “Rey carries the lightsaber once belonging to Anakin and Luke Skywalker, its shattered pieces reunited, as she continues down the Jedi path.” That mention of Luke and Anakin definitely has our ears perked up–do we think Rey will be in communication with their Force ghosts in Episode IX?

Kylo Ren’s helmet also gets a quick mention. Nothing too new, but it mentions that Kylo “wields more power than ever before” and that he “continues to search for secrets of the Force from the depths of the dark side.” Could that lead him straight to Emperor Palpatine?

We’ll find out more when the toys from The Rise of Skywalker hit shelves on October 4 and when the movie lands in theaters on December 20.