In the reveal trailer for Star Wars: Squadrons, we see a New Republic X-wing pilot evading a TIE interceptor. One of her engines is ablaze; bits of rock and ice careen and collide in the void around her. The TIE pilot has customized his helmet with ghoulish red warpaint. This is all taking place after Return of the Jedi, but those still loyal to Emperor Palpatine refuse to accept defeat.

“Take full control of different starfighter classes from both the New Republic and Imperial fleets, such as the X-wing and TIE fighter,” says the overview at EA.com. “Modify your ship, divert the power between its systems, and destroy your opponents in strategic space dogfights.”

This looks really promising; Star Wars fans have been wanting a spiritual successor to the X-Wing series for years. At just $40, it’s a lower-risk investment for the average player, and—as The Mandalorian has shown—the New Republic era’s full of storytelling possibilities. The game’s story is written by Mitch Dyer (Battlefront II) and Jo Berry (The Old Republic, Mass Effect: Andromeda). 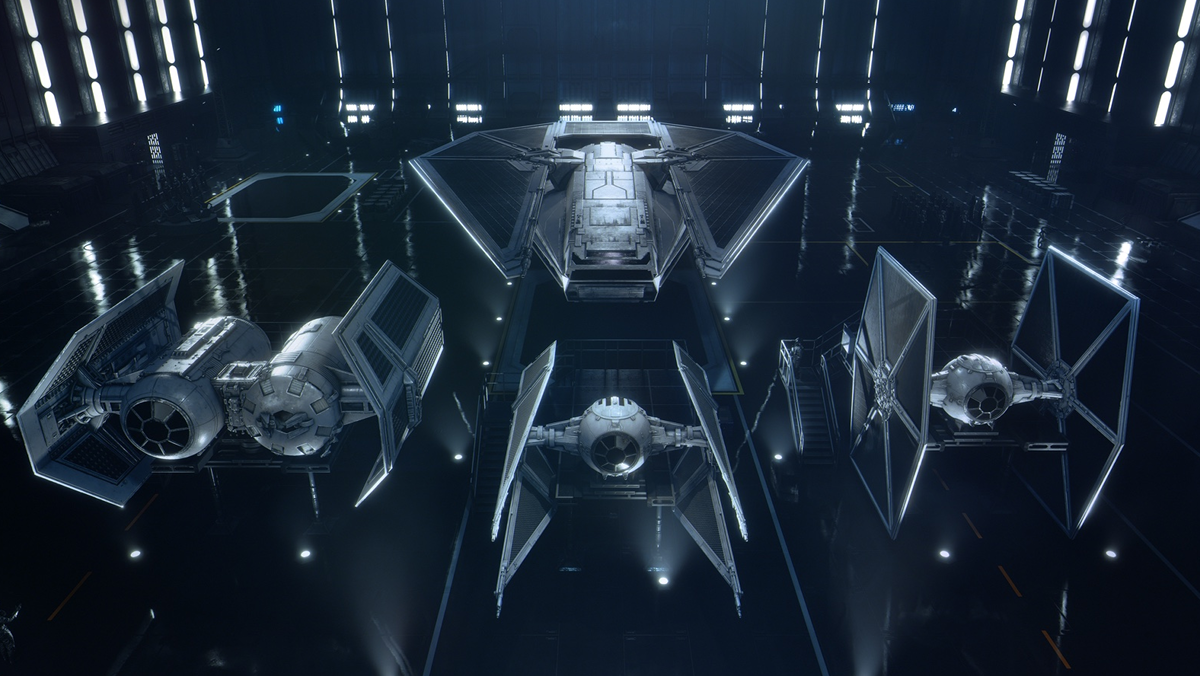 If you’re interested in keeping up to date with everything there is to know about Squadrons, you can sign up for email updates at EA.com. On June 18 at 4 p.m. Pacific, we’ll get our first look at gameplay during EA Play Live.

Squadrons launches on October 2, 2020, for Origin, PS4, Xbox One, and Steam. It’ll have full virtual-reality support on both PC and PlayStation, and will allow for cross-platform multiplayer between platforms.