Star Wars Jedi: Fallen Order is like every good story set in the galaxy far, far away: one about the battle between good versus evil. Since the game was first announced, we’ve learned a lot about our Jedi hero, Cal Kestis, and his life on the run as a survivor of Order 66 but in a new trailer for the game—which comes out in a couple of weeks—we finally get a closer look at the Dark Side.

The one minute and six seconds of the trailer gives us a little bit of back story, with Cere (Debra Wilson) explaining to Cal (Cameron Monaghan) that the war is lost and the Empire is hunting surviving Jedi. It’s here amongst the usual action and impressive graphics that we see Cal face down with the two members of the Inquisitorius, who will play a key part in the new Star Wars game. The first one we get a glimpse of is the Ninth Sister, she was first introduced in Charles Soule and Giuseppe Camuncoli’s Darth Vader: Dark Lord of the Sith #6. The comic book series is apparently key to Fallen Order as it’s also where the other big villain, the Second Sister, first appeared in a later issue of the comic, Darth Vader: Dark Lord of the Sith #19. So just who are the villainous Jedi hunters at the heart of the story? 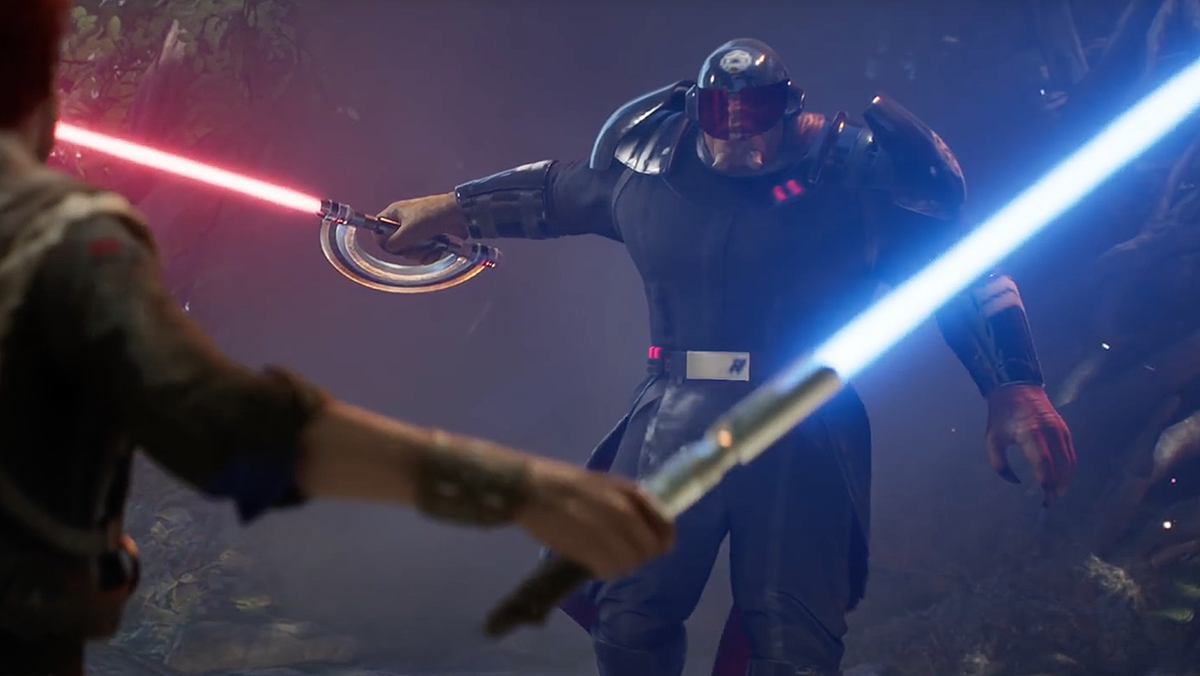 Both of the Inquisitors were once, like all of their fellow Jedi hunters, actually Jedi themselves. That’s one of the darkest and most heartbreaking things about the elite group of assassins, they’re made up of Fallen Jedi who were sometimes tortured and forced into their horrific new position. The first helmeted Jedi hunter who makes an appearance here—and who we saw fighting Cal in earlier trailers—is the Second Sister, she’s known for her skill with a double-bladed lightsaber and terrifying ability to preemptively know what her opponent will do next, as we as her penchant for torture. The hulking horned foe Cal faces down in a lightsaber fight is the Ninth Sister also was formerly known as Masana Tide. The female Dowutin fighter trained under Darth Vader himself and even lost an eye to her master during that very training. Her biggest strengths are her deeply empathetic abilities to read others emotions, once a true gift to a Jedi they’re now utilized to torture and torment for the good of the Dark Side and the Empire. If you want to know more about these characters before battling them yourself definitely check out the comic book series where they were first introduced. 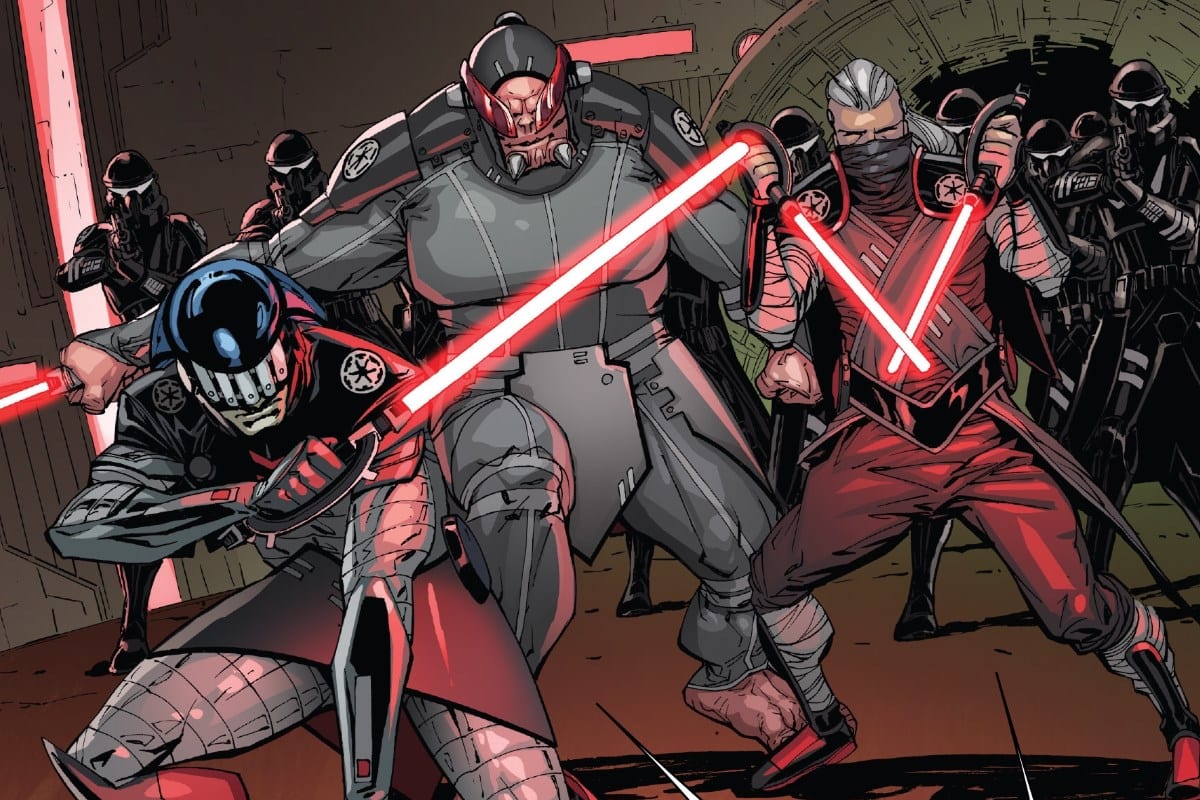 With less than three weeks to go until the game is available, it’s the perfect time to learn more about the menaces you’ll be fighting and this trailer is the perfect introduction to the Inquistorius in all their horrible glory. In the meantime, you better hone those lightsaber skills as these two are serious about hunting Jedi and making sure that Order 66 is a success, which is bad news for anyone who gets in their way.