The Star Wars universe has an impressive way of opening up the gaps between the saga films and finding new depths in the lore of the galaxy far, far away. With TV series like Star Wars Rebels, the Marvel comics, and tie-in canon novels, we’ve come to understand far more than we could ever imagine, and it’s made us fall even more in love with the world George Lucas created back in 1977 with the release of Star Wars: A New Hope. Video games are another medium that lets us explore the galaxy, with even more action and adventure than the movies provide, which is why we’re so excited for the upcoming game Star Wars Jedi: Fallen Order. Today, we have an exclusive look at two pages of concept art from the behind-the-scenes book The Art Of Star Wars Jedi: Fallen Order—and it looks even more epic than we could have predicted!

First of all, let’s take a look at this beautiful cover art, which shows the game’s hero and player stand-in Cal Kestis (performed by Shameless’s Cameron Monaghan) walking into what appears to be a grand and ancient Jedi temple. 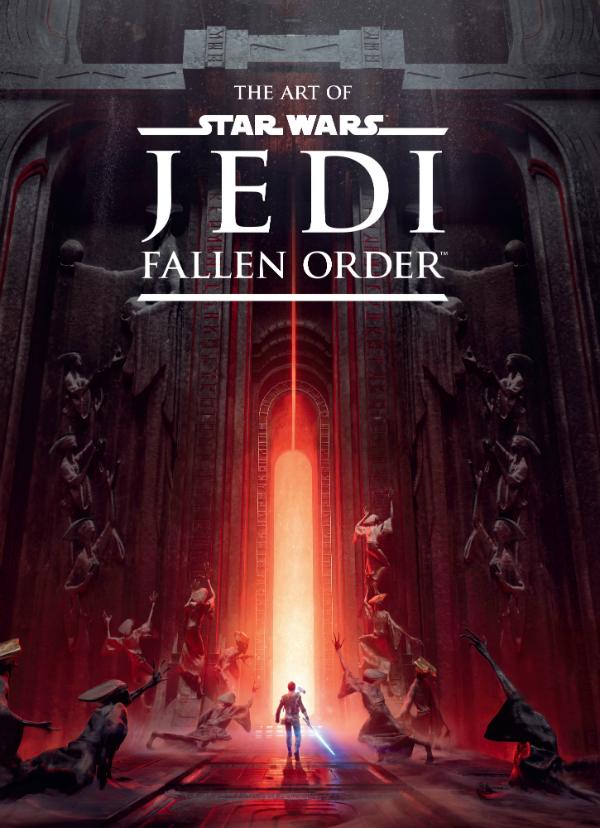 In the context of the game—which takes place after Revenge of the Sith—Cal is a padawan who has survived Order 66 and is on the run from the Galactic Empire, with the Darth Vader-trained inquisitor Second Sister individually seeking him out. Aided by the alien pilot Greez, his (cute as can be) droid companion BD-1, and Force-user mentor Cere Junda, the game takes Cal on an epic adventure through new and familiar corners of the galaxy.

In our first exclusive page from the art book, we see concept paintings of the junkyard planet Bracca. This Mid Rim planet was the site of many battles during the Clone Wars, and in the timeline of Fallen Order is operated by the Scrapper Guild, who breakdown starship wreckage they sell to the Empire. 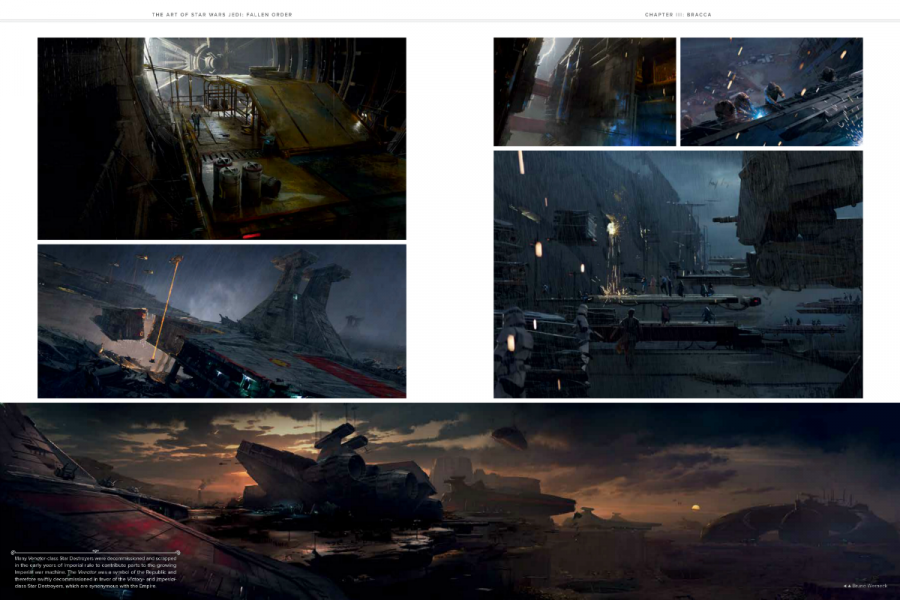 A blurb at the bottom of this page—which accompanies a portrait piece of Bracca—reads:

Our second exclusive image shows more of Bracca, including what looks like a cantina or restaurant, with art by Bruno Werneck. We also get a good look at Monaghan as Cal, walking through the planet. 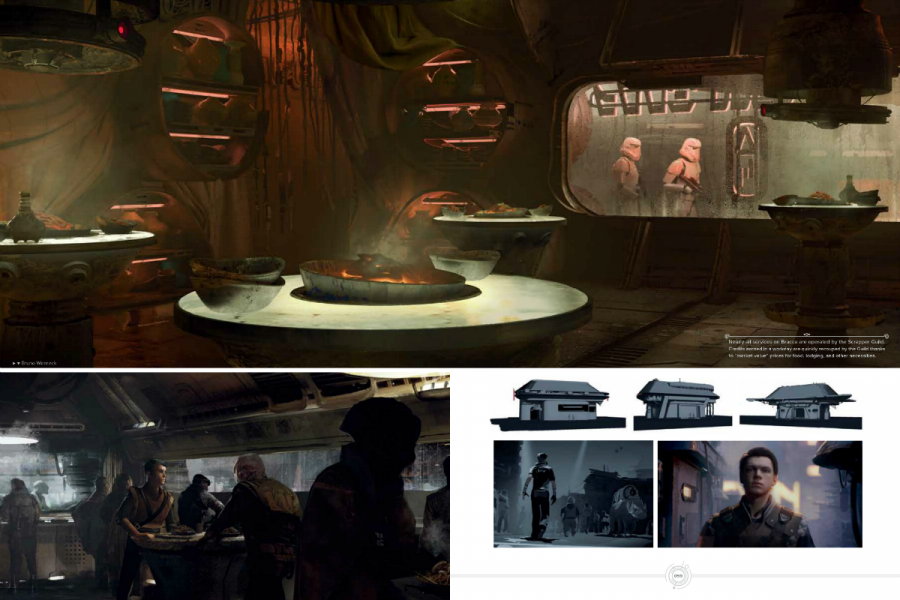 The blurb on this page reads:

Nearly all services on Bracca are operated by the Scrapper Guild. Credits earned in a workday are quickly recouped by the Guild thanks to “market value” prices for food, lodging, and other necessities.

The Art of Star Wars Jedi: Fallen Order will be released in two editions: regular and limited. The regular, which features the cover posted above, is a hardcover volume that features detailed concept art from the game, including behind-the-scenes insights into its history and production. The limited edition includes the book and features a cover and slipcase inspired by ancient Jedi tomes, along with an exclusive gallery-quality lithograph. 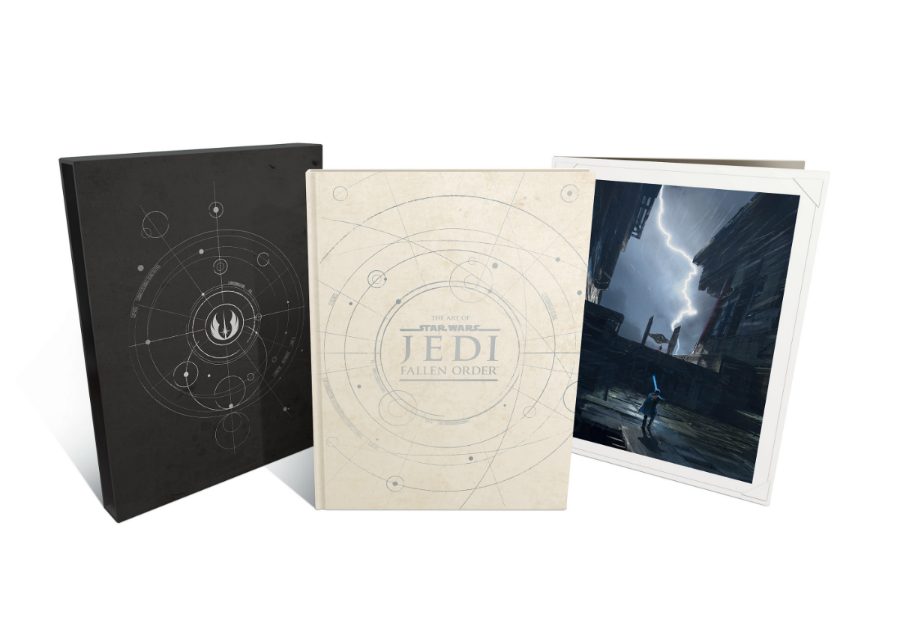 Both editions of the book will be available on November 19, a few days after the release of Star Wars Jedi: Fallen Order—available on Microsoft Windows, PlayStation 4, and Xbox One—on November 15.