The Imperial March is one of the most iconic pieces of music from the Star Wars saga. And one of John Williams’ most famous compositions, period. Along with the actual Star Wars films, it’s famously featured in a metric ton of other movies and TV shows for comedic effect. Very few musical notes say “evil is coming, beware” more than the Imperial March.

Now, thanks to the folks at Geeks Are Sexy, we’ve discovered YouTube user Device Orchestra. They’ve discovered a way to play the iconic piece of music—on a toaster. With a little help from a vibrating toothbrush and an old-school typewriter, that is. And the cherry on top is the glow sticks representing lightsabers. You can check it out in the video in full down below.

Device Orchestra found a way to make a toaster play The Imperial March the first time over seven years ago. A simpler version of this was achieved by placing a vibrating cell phone inside of one. But that was so 2013. Now, they’ve found a way to make the toaster itself play the tune, without any help from a phone. Just other household appliances. 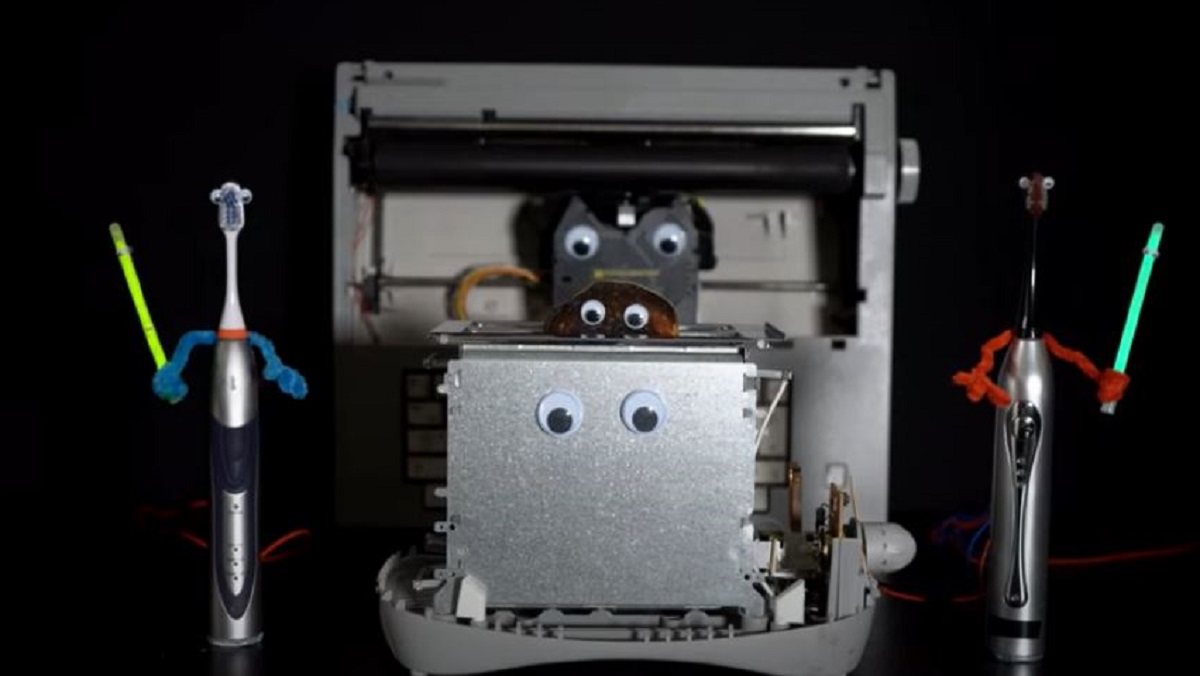 People keep finding ways to play the Imperial March in new and interesting ways. Recently, we saw one fan take the music from the new The Batman teaser and combine it with the famous Dark Side theme. We’ve also heard it played with only pencil and paper. Don’t forget all those Christmas light shows too. Seems people really love the sound of impending evil.

If you want to see more of Device Orchestra’s incredibly fun work, he’s got similar videos up on his YouTube channel. There’s electric toothbrushes playing the Pirates of the Caribbean theme, the Knight Rider theme, and even Rick Astley’s “Never Gonna Give You Up.” So be sure to head over there and check them all out. They will put a big wide grin on your face.