My mother was many things. A loving daughter. A fierce friend. An artist. A cat lover. An incredible, sensitive, nurturing, creative, perfectly imperfect human who I loved with every fiber of my soul. And then, in an instant, she was gone. Cruelly stripped from this world, from my life, and from the future she deserved. I’d be lying if I said I’ve handled her passing with grace. I’m incapable of seeing the silver lining. I have spent the 20 years since she died in some alternate state of mania, perilous without the foundation of her love.

This year, the 20th anniversary of her death falls on May 4th. A cruel date for me, a Star Wars fan, as it’s a day that represents the things I hate most when I want to grieve and be angry: unity, optimism, community, hope. I have always been more inclined to mope drearily on grim anniversaries. To let myself feel the depths of my pain because I’m allowed to, at least this once, on the saddest day of the year for me. A day that reminds me only of her absence. I don’t want to celebrate a fictional, money-making universe with phony hashtags and product placement. I want to cry and mock a world that goes on without the only human I wish was in it. 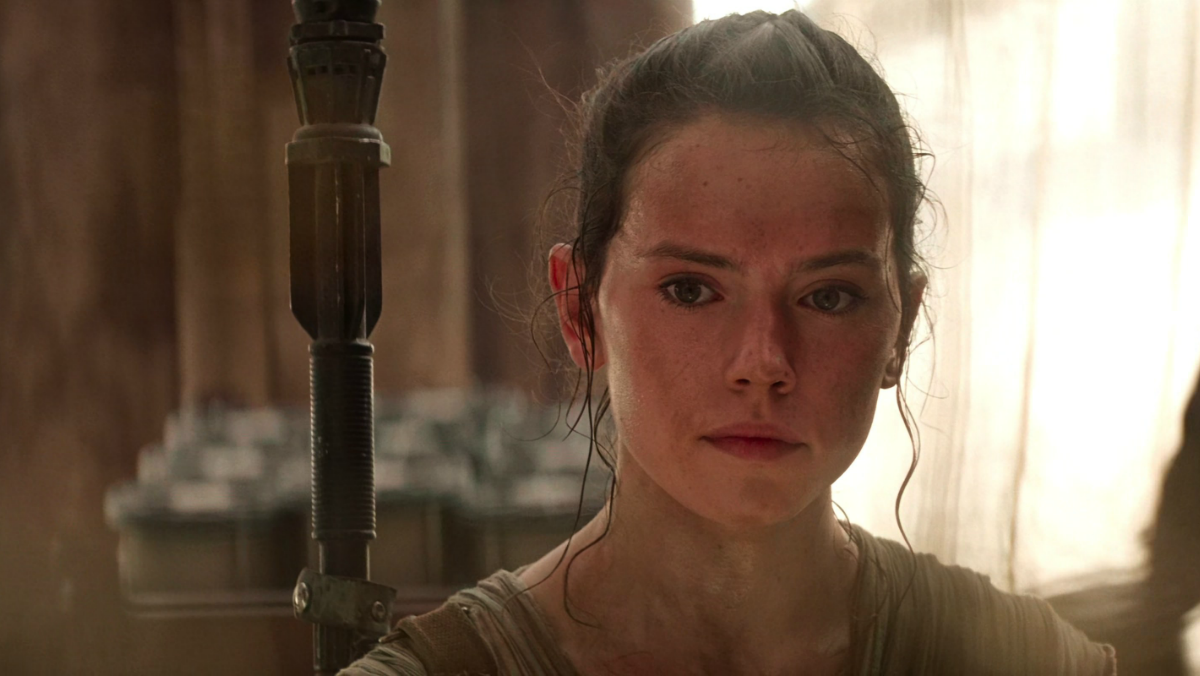 But oddly, this year I don’t feel so inclined to be down. Because I have to be honest: I’ve used my mother’s death as an excuse to barely live for far too long, on every date, not just a milestone. I’ve sat calcified in the ruins of her loss. I’ve romanticized the depression that was left in her wake. It spills out of me and stains my moods chaotically and sometimes nonsensically. I’ve let it other and isolate me to the point that I live a bare bones life; one that rests on laurels but not much else. My relationships have suffered, and my mental health with it. It is lonely being obsessed with your own loneliness.

Cue Star Wars. I’ve always used film and television and pop culture to help me survive, but I was never much of a Star Wars person. I had the toys as a kid, I’d seen the movies, I’d built the LEGO sets with friends, I saw the prequels in theaters. But it was never really mine. And yet, for whatever reason, news of the sequel trilogy kindled something in me. I was living alone in Chicago, desperately trying to make a life as a writer, trying to derive meaning from literally anything. And that first cast photo—of the original trilogy heroes and the characters gathered ’round a table with J.J. Abrams—leapt out at me. I couldn’t explain why this fandom that never held much weight for me suddenly felt so exciting. It was preternatural; as if the Force was calling me. 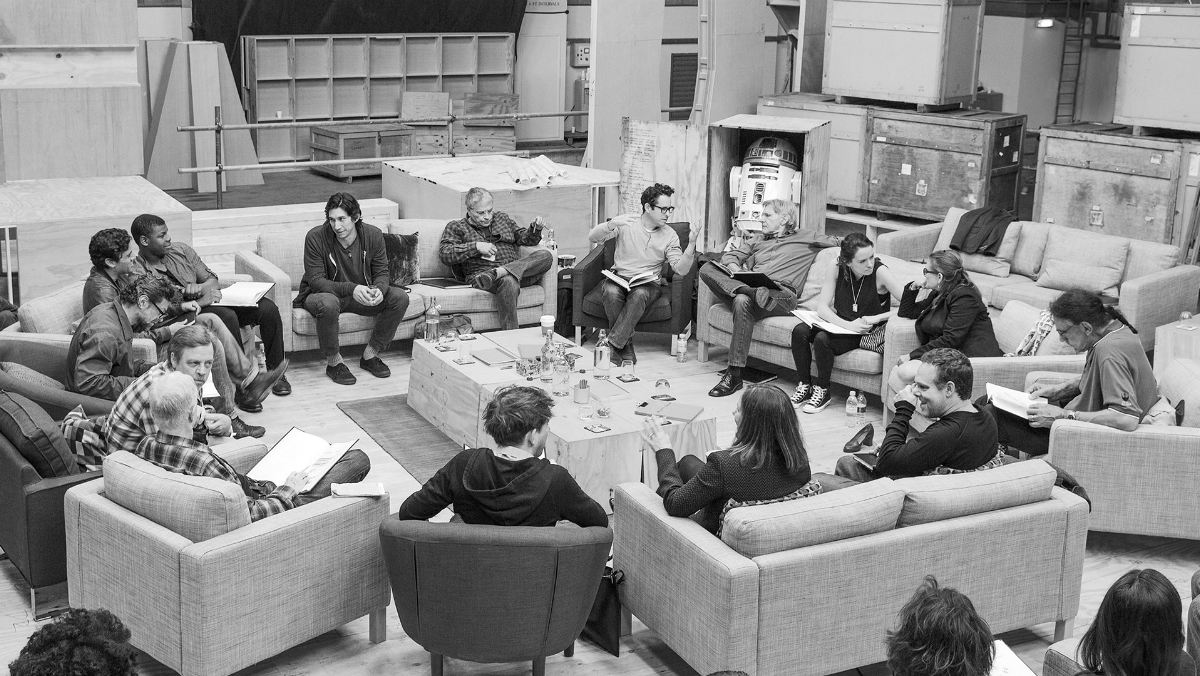 What I didn’t know when I first glimpsed that photo is that Star Wars was about to change my life. I followed every update about the first new film, The Force Awakens, with gleeful obsession. So clearly I recall streaming the Star Wars Celebration panel for the film at work, chittering with anticipation. I remember watching the Comic-Con panel on a shaky Periscope from my bed, standing up to dance when the John Williams concert was announced. I wasn’t yet a part of this thing, but I was there on the fringe. And I felt compelled, for reasons I couldn’t yet explain.

Then The Force Awakens actually came out. And the experience shifted in that moment; from something that sounded fun and appetizing, to something game-changing. Within seconds of meeting Rey, I felt an ignition. I recognized myself in this girl, who was also pledged to her loneliness as if that might make her special. Happy to count down the days without any actionable plans. Her AT-AT apartment, decorated in talismans of childhood, much like my own filled with trinkets from my mother’s life that kept her alive in my own. Her leitmotif, which follows her like a shadow of stars, spelled loneliness in bells and strings. She was immediately so dear to me, in just a few short minutes of screen time. 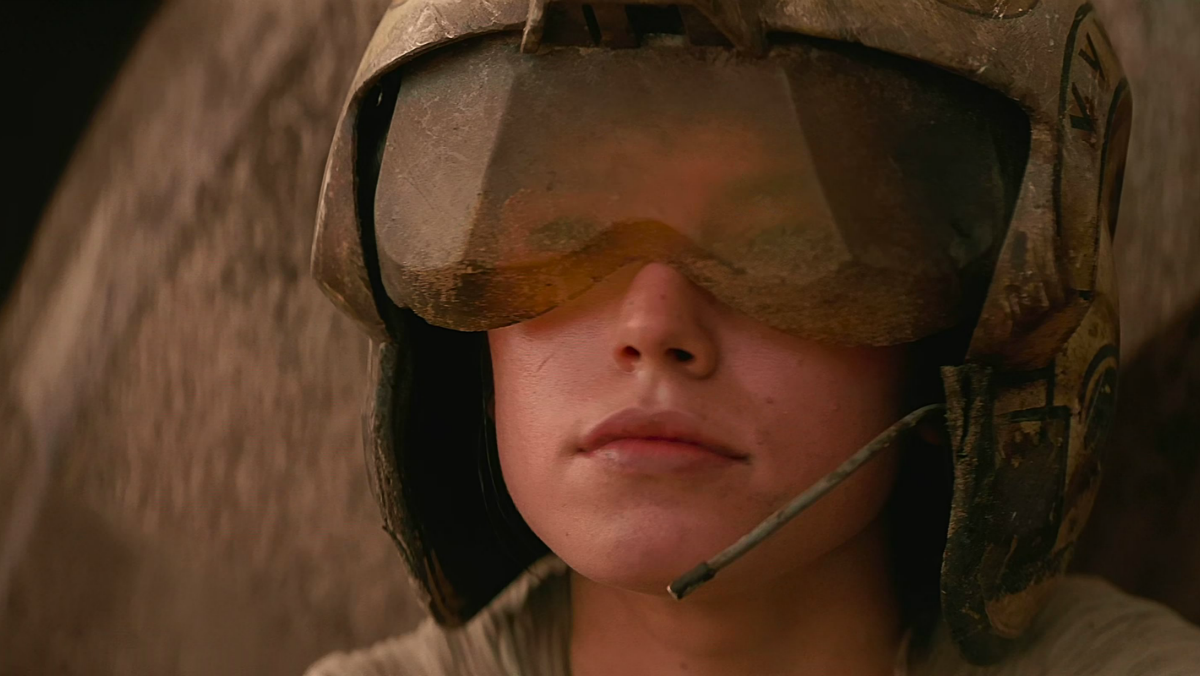 Just as Rey’s life soon takes off in unexpected ways—mostly by the actions of others that catch her in a cloud of destiny—so would my life change rather rapidly. After landing a few high-profile freelance gigs, I was suddenly thrust into a life I always fantasized about; one with movie stars and glamour, full of creative inspiration. I wrote and watched and did so much. And Star Wars was often my anchor. My love for this new series brought about a love for the universe at large. I consumed all of the media, re-watched the originals and prequels so often they’re now ingrained in me, ate up Dave Filoni’s animated series, the canon novels and comics. That knowledge got me work, and also fulfilled me in ways unexpected. It gave me the career I always dreamed of.

Being a professional Star Wars fan comes with advantages and disadvantages. It’s an intense fandom, and one that can get into your head. But those little dark moments are worth it for all of the good things Star Wars brings to my life: discovery, community, family. I find new things to love every time I watch. I found a favorite movie in The Last Jedi, which challenges Rey’s ego, and in turn mine: (seemingly) orphaned children glued to their self-importance instead of building a future for themselves. 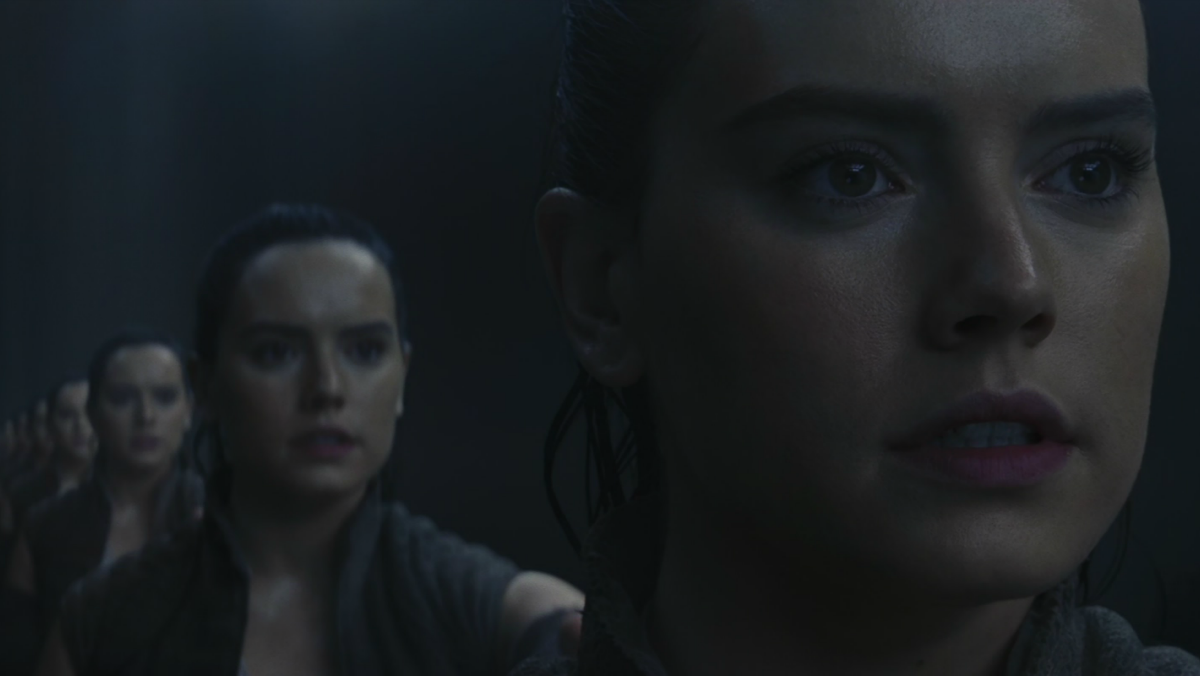 This May the 4th, I will honor Star Wars. I will use the silly hashtag. I will buy the toys. And I will say thank you to a franchise that gave me so much. So many friends, so many memories, so much comfort through the dark times. And I will continue to let it challenge me to do what Rey eventually does; let go of her past, connect with the universe, and move boldly towards the future.

I don’t know if my mom was a Star Wars fan. It never came up. But sometimes, when I’m feeling sentimental and spiritual, I wonder if she manifested the sequel trilogy for me, in some small way. To show me a lens with which to view myself, and to give me a community to heal me when I missed her most. Twenty years is too long to miss someone, but it’s just enough time to finally start making changes.

Thank you for everything, mama. The Force is with me, I promise.