Dissecting THE RISE OF SKYWALKER Trailer’s Surprise B1 Battle Droid

At around 1:17 in the new Star Wars: The Rise of Skywalker trailer trailer, C-3PO teases an unfortunate end for himself when Rey, Finn, Poe, and Chewbacca watch him undertake an ominous procedure, via a little creature poking around in his head. Threepio’s moving words, “I’m taking one last look at my friends” hint at a massive sacrifice from the beloved golden droid, who has been a fan favorite since he first appeared on the Tantive IV in the midst of an epic space battle during Star Wars: A New Hope. But aside from the emotional impact of the sequence, there’s also an unexpected appearance from an apparently retired droid who hasn’t been seen for decades, but who could tell us a lot about just what C-3PO and his friends are gearing up for.

If you look carefully at the still at the top of the page, you’ll see a tan long-faced robot hanging to the right of Threepio as he looks out sadly at his friends. Anyone who grew up in the prequel era or is a fan of The Clone Wars animated series will likely immediately recognize the droid as a B1 Battle Droid. The Genosian-made B1s were first seen in Star Wars: The Phantom Menace, where they were used as sacrificial soldiers by the Federation in the Battle of Naboo. Often cheaply made and mass produced, the Droids were seen as disposable. But over the years they became a mainstay in Star Wars canon thanks to their inclusion in both Phantom Menace and Attack of the Clones, though arguably it was The Clone Wars TV series that really made them whole characters. 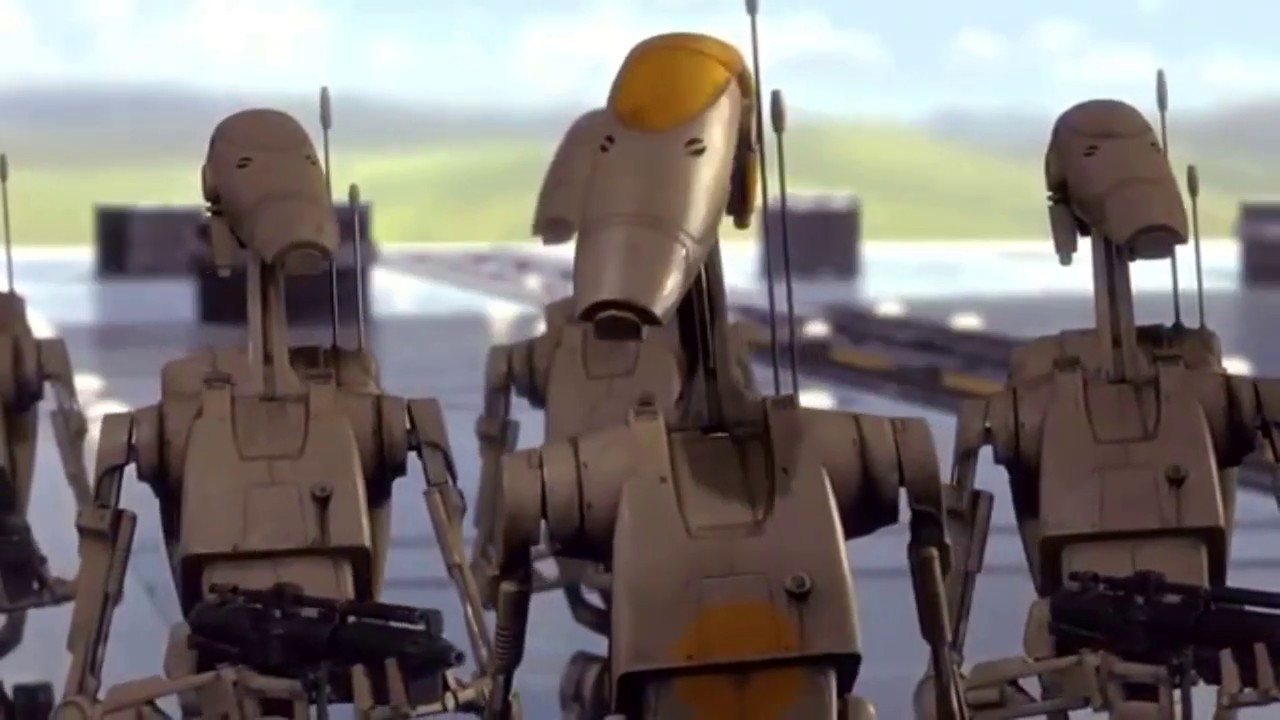 Dave Filoni’s groundbreaking cartoon established many new tenets of Star Wars lore, including cementing the slow and often silly personalities of the B1 droids who were most often seen being tricked, beaten, whining, and saying “Roger, roger” to their fellow robotic soldiers. Ultimately, many B1 droids lost their lives after the fall of the Republic, as the Empire banned the robots, which were colloquially known as “Clankers.”

The most recent sighting of a B1 prior to the trailer was in the Star Wars Adventures Annual 2019 story, “Hare-Brained Heist.” A B1 was spotted in the so-called Palpatine Archives, which the Empire used to store precious artifacts and art, as Lando Calrissian and Jaxxon committed the titular theft. Though the all-ages IDW series has hardly been a hotbed for newly established canon, there’s always a chance that B1 here is another hint that the idea of Force Relics and artifacts will play a large part in the new film. 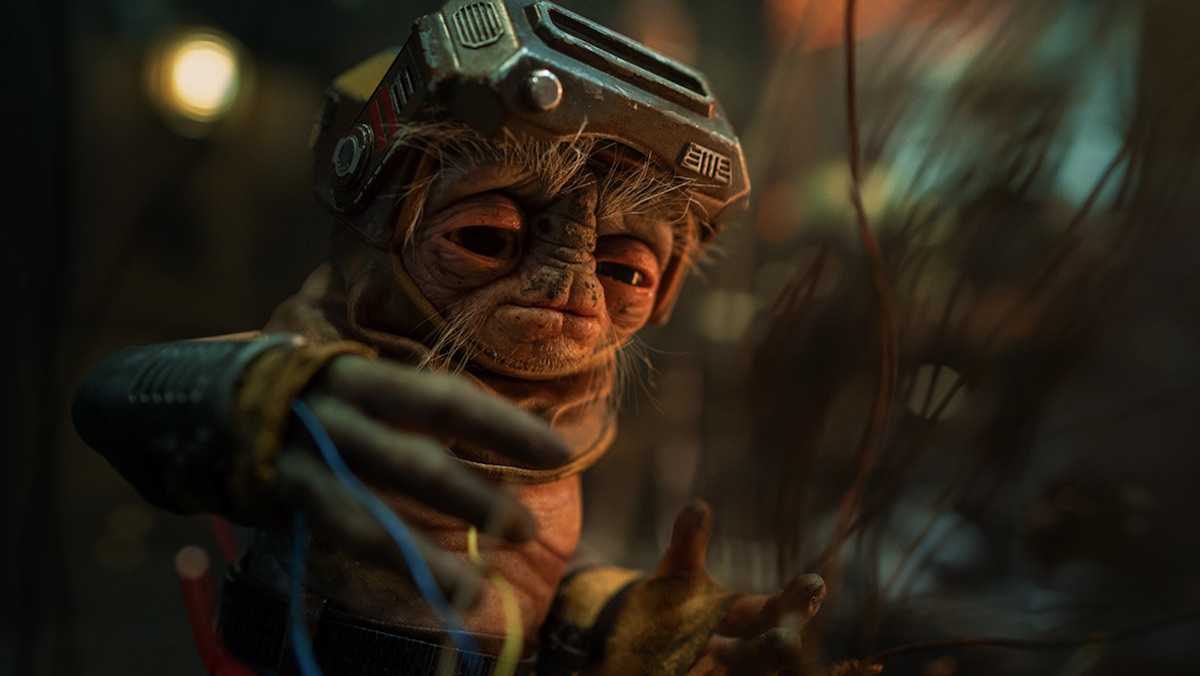 We know who the orange alien working on C-3PO is, as Lucasfilm released an image of him prior to the trailer. According to that reveal, Babu Frik is “a tiny droidsmith who works among the Spice Runners of Kijimi and can reprogram or modify virtually any droid, regardless of the security measures protecting its systems.”

In lieu of any easy answers, the presence of the B1 Battle Droid does raise some interesting questions. If the old droid is in the workshop of the mechanic, could it be that Frik is connected to Palpatine and his collection? Or is he a collector himself? Is there a specific reason he has the droid on hand while he’s operating on C-3PO—perhaps to rewire the Resistance mainstay (or the B1 with 3PO’s consciousness) so that he might infiltrate the First Order? (Hey, he’s switched heads with one before!)