An Old RISE OF SKYWALKER Script Shows Many Big Differences!

In the aftermath of Star Wars: The Rise of Skywalker, there has been plenty of conversation among fans devoted to what they would have liked to see go differently. Some, who were enthralled by the inventive vision Rian Johnson set forth in The Last Jedi, would have preferred a Rey not born of Palpatine blood and a more suitably sized role for would-be Resistance hero Rose Tico. And while we are left only to dream about these possibilities, a new leak of an earlier script for the Star Wars saga’s tenth episode—back when it was to be directed by Colin Trevorrow (remember those days?)—shows us what we almost wound up seeing in the film.

This week, filmmaker Robert Meyer Burnett revealed via YouTube an early version of Trevorrow’s script, which he co-wrote with his writing partner Derek Connolly. Though Redditors were dubious about its credibility, sources for The Playlist confirmed its validity–and that it was handed into Lucasfilm one week before Carrie Fisher’s untimely death.

Trevorrow and Connolly’s script differs from another leaked screenplay reported by the blog Making Star Wars back in December. That version was penned by Jack Thorne (the playwright of Harry Potter and the Cursed Child, which may have itself been an omen), who was brought on to rewrite the script shortly before Trevorrow was fired and after Fisher’s passing. Both ideas were scrapped when J.J. Abrams and Chris Terrio joined the project, but the script Burnett and The Playlist read take us to the very beginning of production–and shows us what Episode IX would have been without the fussing, firing, and reworking.

For starters, Trevorrow’s version had a very different title… 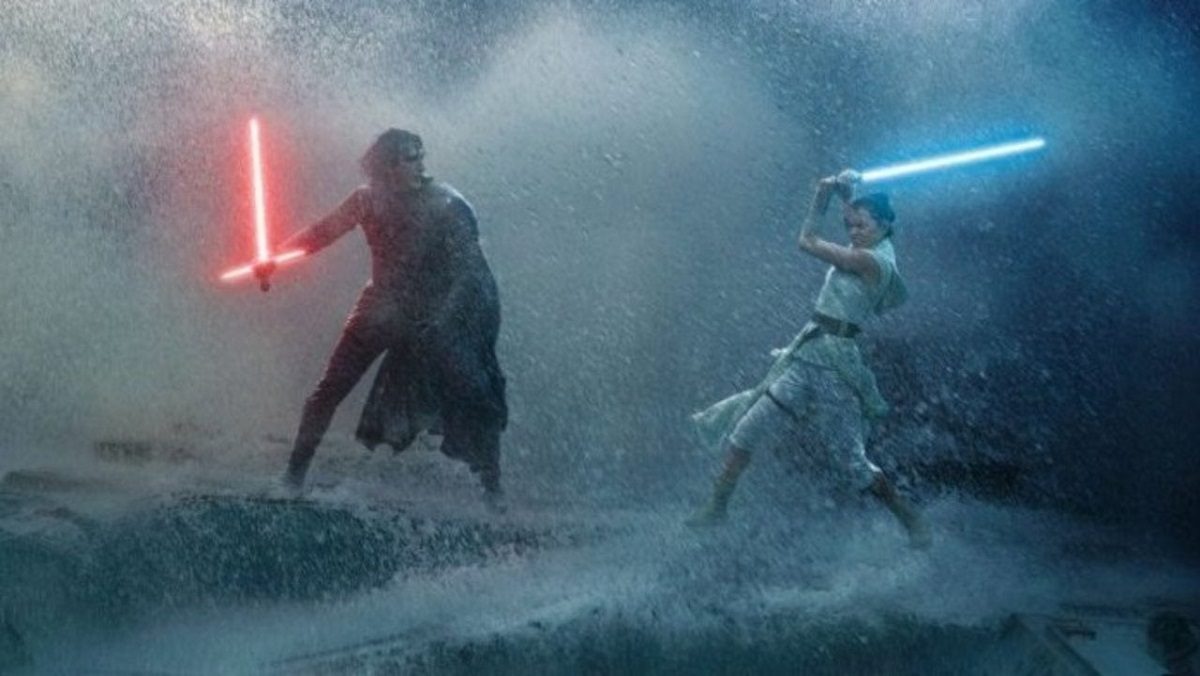 …Duel of the Fates, a phrase that should be familiar to many a considerable Star Wars fan, as it refers to the musical theme composed by franchise mainstay John Williams for The Phantom Menace. To be frank the application of this title probably deserves a bit of unpacking in its own right, but for now we’re going to focus solely on the more tangible differences between Thorne’s script and writer/director J.J. Abrams and Chris Terrio’s final version. Namely…

The iron grip of the FIRST ORDER has spread to the farthest reaches of the galaxy. Only a few scattered planets remain unoccupied. Traitorous acts are punishable by death. Determined to suffocate a growing unrest, Supreme Leader KYLO REN has silenced all communication between neighboring systems. Led by GENERAL LEIA ORGANA, the Resistance has planned a secret mission to prevent their annihilation and forge a path to freedom…

Notice, if you squint hard enough, zero mention of Emperor Palpatine, whose mysterious revival in The Rise of Skywalker was introduced in the form of the film’s opening crawl. Palpatine is mentioned in Trevorrow and Connolly’s script, but he’s not a resurrected corpse. Instead, we see his likeness captured in a Sith holocron–an object familiar to fans of Star Wars: Rebels–as he relays a contingency plan to Darth Vader in the event of his death. The details of this plan send Kylo Ren on his mission in Duel of the Fates, and are also in keeping with the canon Aftermath novels, where Palpatine’s contingency plan leads to the formation of the First Order. 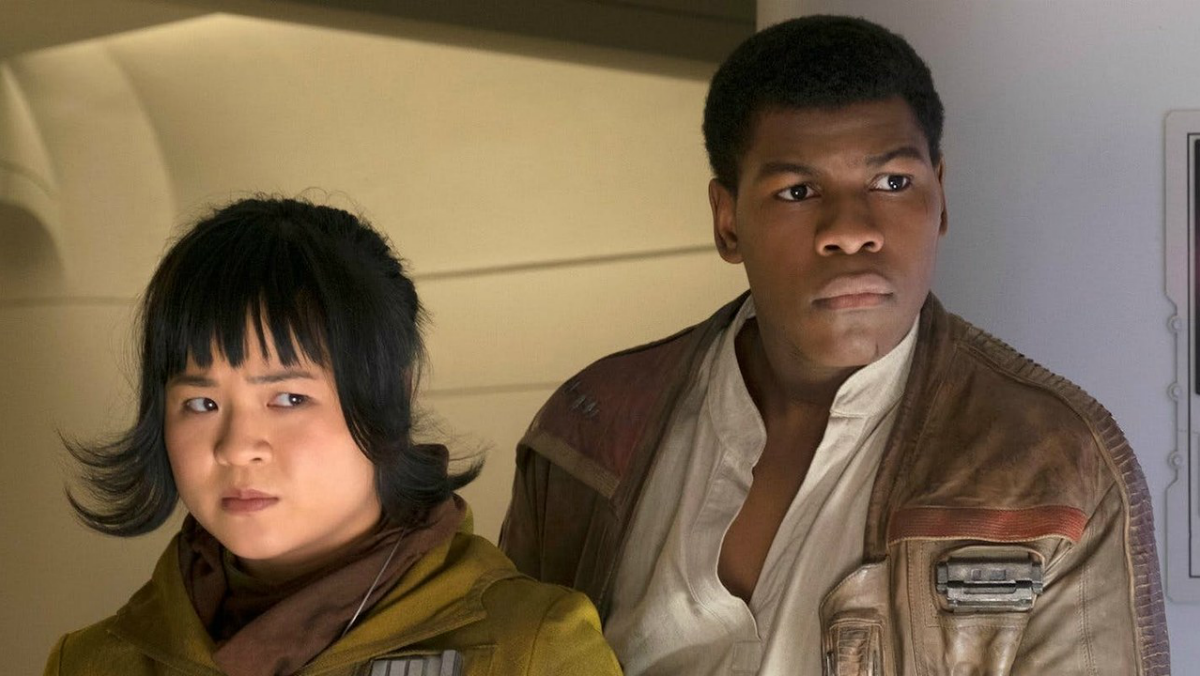 Finn and Rose, together again

Duel of the Fates also sent our favorite First Order defect and maintenance worker-turned-soldier on an undercover mission to an enemy base. Said sequence would have entailed the instigation of a signal to Resistance sympathizers (a more thoroughly activated version of what we see at the end of The Rise of Skywalker, you could say), some good ol’ heistin’, and a psychological showdown with Hux (whom we can assume would not turn out to be a spy in this version of the story).

Perhaps most prominently, Finn was meant to once and for all contend with his past as a Stormtrooper, the humanity of his colleagues-turned-enemies, and all the emotional ramifications that belong in between. The conclusion of this exploration of Finn’s origins was meant to involve him leading a legion of newly defected Stormtrooper to the side of good. And apparently that’s not the only army Finn and Rose were intended to amass!

Force-sensitive youngsters, like the broom-wielding orphan the duo met on Canto Bight, would have served a sizable role as part of the Resistance in The Rise of Skywalker, led duly by Rose and Finn. (We may have even gotten to see a couple more fathiers!) Given that The Last Jedi closed out on a shot of the plucky young stable boy using the Force to call his trusty broom to his side—and, more than that, to demonstrate the sentiment that a hero can come from anywhere—one would have expected this theme to carry over into The Rise of Skywalker.

On the contrary, some might say that the retconning of Rey as a Palpatine entirely undermines the central idea set forth by Johnson’s Last Jedi script. Now, jury’s out on whether or not Duel of the Fates’ take on Rey’s parentage would have proved a more satisfying conclusion to her arc as set up in the trilogy’s first two movies, but it certainly would have been different. 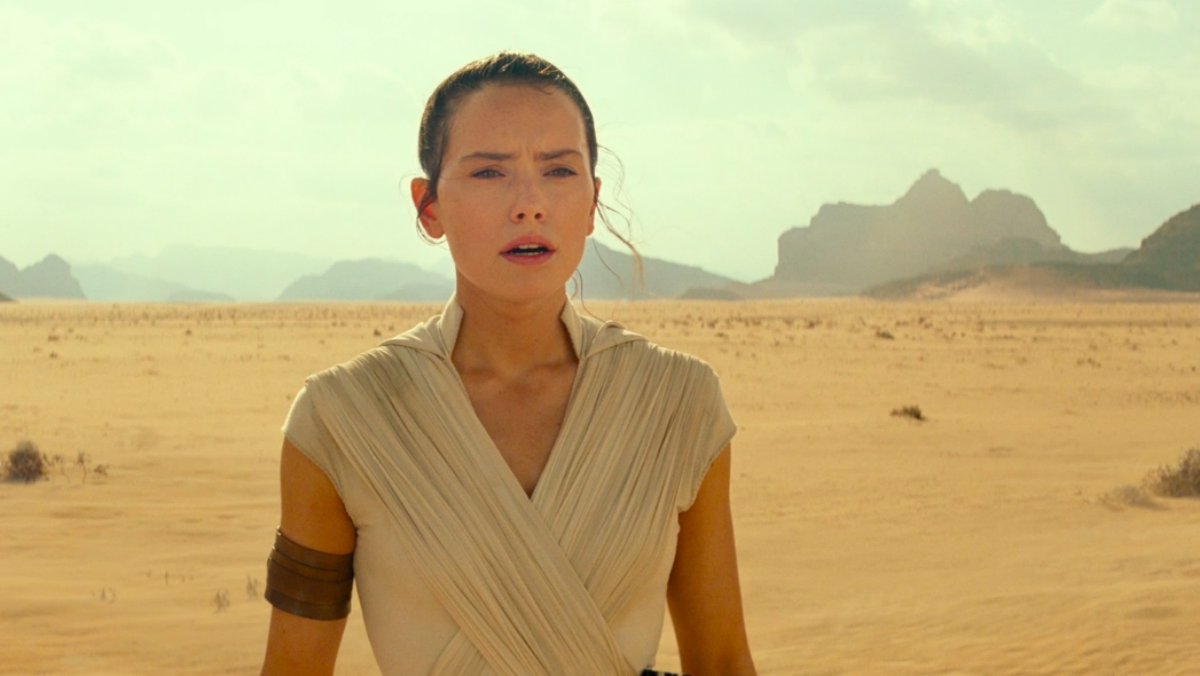 Rey Nobody lives on

Say what you will about Trevorrow as a filmmaker, but he was at least willing to carry over important story beats from The Last Jedi, instead of totally retconning them, a la The Rise of Skywalker. In Duel of the Fates, Rey being a nobody was thematically important to her entire arc. The plot saw her more actively involved in continuing the Jedi order than fretting over the past for the third movie in a row. Instead, the film was to end with Rey training the Force sensitive kids Finn and Rose rounded up on a remote planet

That doesn’t mean Rey’s parents weren’t mentioned at all, however. In fact, we were meant to learn that Kylo Ren killed her parents on the orders of Snoke. Speaking of Kylo Ren…

Trevorrow and Connolly clearly saw the character of Kylo Ren very differently than Abrams and Terrio did. Duel of the Fates doubled down on his villainy. The plot involved the Force ghost of Luke Skywalker “haunting” his nephew as he grew more isolated and dangerous. With Snoke out of the way and Palpatine still dead, Kylo Ren was the big bad of the story. He spends most of the film connecting with a Sith lord named Tor Valum—who trained Palpatine—and shoving out the light that continues to tempt him.

Rey’s attempts to save the man formerly known as Ben Solo failed in Trevorrow’s script. Kylo Ren refuses to turn and is “extinguished” in a fight against Rey, who is joined by several Force ghosts to take down Kylo once and for all and restore peace to the galaxy. There was nothing even resembling a redemption arc in this version.

There are plenty of other tantalizing things in Duel of the Fates. The name alone alludes to a stronger connection to the prequels, and Coruscant–home world of the Jedi Council—was a main setting. Chewbacca would have flown an X-Wing, Mandalorian beskar played an important role, there was a new droid that looked like Darth Maul, and more.

Curiously, General Leia’s role was not at all “central” to the plot and she had no role to play in Ben’s arc, so who knows how this would have played out. It’s interesting to think about what could have been, but alas, Duel of the Fates was never meant to be.