We’re just days away from the long-awaited final season of Star Wars: The Clone Wars on Disney+. It’s going to be good to see these characters, in this time in the Star Wars saga, again. And while the Jedi are certainly what people like a lot about any period of the saga, it’s the Clones themselves that have stood out the most. Even though they’re all ostensibly the same, and all voiced by Dee Bradley Baker, the Clones have grown to have amazing individuality, from Captain Rex and Commander Cody to young rookies like Fives and Echo.

The premiere of the new season will introduce audiences to a brand new squadron. These Clones go on missions that call for a little less tact, a little more brutality. As we learn in the below clip, these Clones had defects that ended up making them an asset in other ways. Friends, meet “The Bad Batch.”

This is so awesome! It’s like the A-Team or the Suicide Squad, but for Clones. Officially, their name is Clone Force 99, which sounds like a reference to Fox Force 5 or Task Force X. But the Bad Batch is both accurate—each of them is an “imperfect” clone—and intimidating. Among the ranks are Wrecker, the big bruiser Clone; Hunter, the Clone with tracking, knife, and bandanna skills; Crosshair, the Batch’s long range sniper; and Tech the, get ready for this, technical wizard. Like any good squad of specialists, they each have a part to play in the upcoming clandestine operation. And probably they won’t quite gel with Rex’s more orthodox leadership technique. 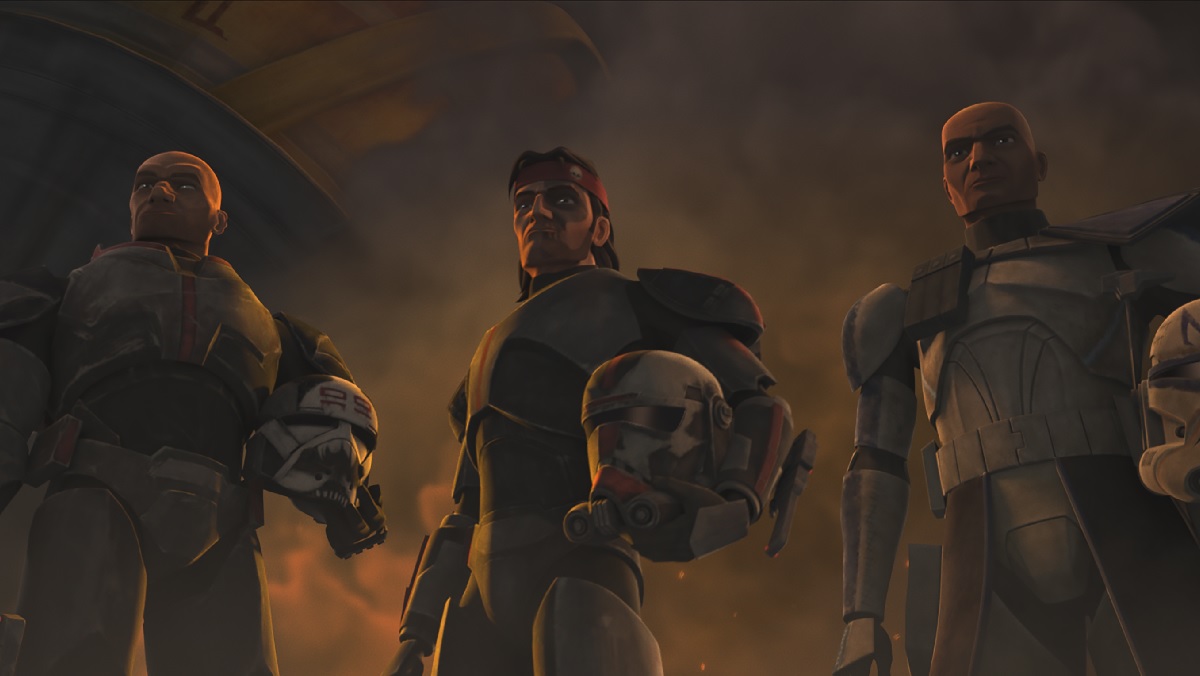 Some of the very best episodes of The Clone Wars feature the Clones doing their thing. Episodes like “Rookies” and “ARC Troopers” make us care about individual members of the otherwise expendable soldier class. If you’d asked me after Attack of the Clones if I’d care about any of the Clones themselves, I’d have said “no” with a derisive laugh. But I now count Rex among my favorite Star Wars characters ever, and the Bad Batch look like contenders to join that list.

We can’t wait to see how The Clone Wars ultimately end. We know the latter part of the final season will take place concurrently with the events of Revenge of the Sith, and depict the fabled Siege of Mandalore. We’ll also get to see what happened to Ahsoka Tano and the Clones who removed their inhibitor chips and don’t execute Order 66. It’s going to be a sad, but we think rather fitting end, to a show that gave so much depth and pathos to a period of Star Wars history we thought we knew all about.

It’s not too late! We made a list of the 15 story arcs and standalone episodes you should watch to get you back in the mindset for Clones, Jedi, Separatists, and Mandalorians. Not that Mandalorian, but ones similar.