Sir Patrick Stewart isn’t actually ageless. He just appears to be since he’s looked exactly the same for over 30 years. But this week the X-Men star turned 80 years old, hard as it is to believe. And while the beloved actor was worthy of a galactic-sized celebration, the current state of the world makes it unwise to throw large shindigs. But a few of Stewart’s Star Trek: The Next Generation co-stars came together in a safe, socially distanced manner to celebrate. They paid homage to their Captain Jean-Luc Picard, in a small, intimate, masks-mandatory party. And the resulting photo looks like an amazing pitch for a new Ocean’s movie.

Longtime Star Trek producer Rick Bergman shared a delightful poolside photo on Twitter. It features some of The Next Generation cast hanging out with Patrick Stewart on his big day. It was taken outside, which is the safest place to be around others, and everyone was wearing masks. We would be very, very angry if they weren’t. Patrick Stewart is an intergalactic treasure and must be kept safe at all costs.

No word on whether cake was served.

Was there a cake? pic.twitter.com/NPQjiSoZuo

This photo obviously has us fantasy casting them all in a new project. We just have to find the right vehicle for them. (Besides the Enterprise we mean.)

Fans already have some ideas.

Thanks for clarifying. For a second I thought they were rebooting the movie 'The Usual Suspects'.

Is this the cast annoucement for a new Oceans movie? "Oceans 14, The final frontier meets the galaxys finest heist"

About to drop the best mixtape of 2020

Of course, if we’re worried about rights issues they could always just remake The Next Generation season seven episode “Masks.” 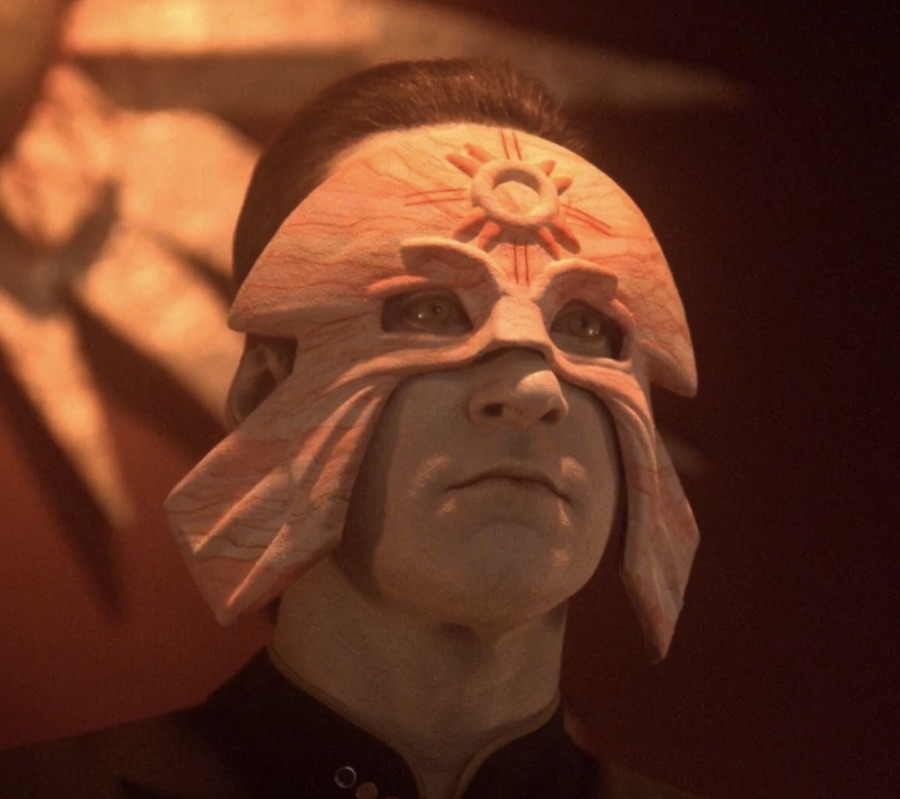 Slightly different masks, but we’re sure they can make it work.

Although it might be confusing for one strange reason. Captain Picard wouldn’t look like he had aged a day.