It’s time to boldly go where no Playmobil has gone before. The iconic U.S.S. Enterprise from the beloved Star Trek franchise is finally available in Playmobil form for the first time ever.

The set itself is very detailed. It features a bridge with a removable top and a Klingon that stares down the Enterprise crew on the screen. Seven figures in the likenesses of Captain Kirk, Uhura, Sulu, Chekov, Dr. McCoy, Mr. Spock, and Scotty will also be part of the set. 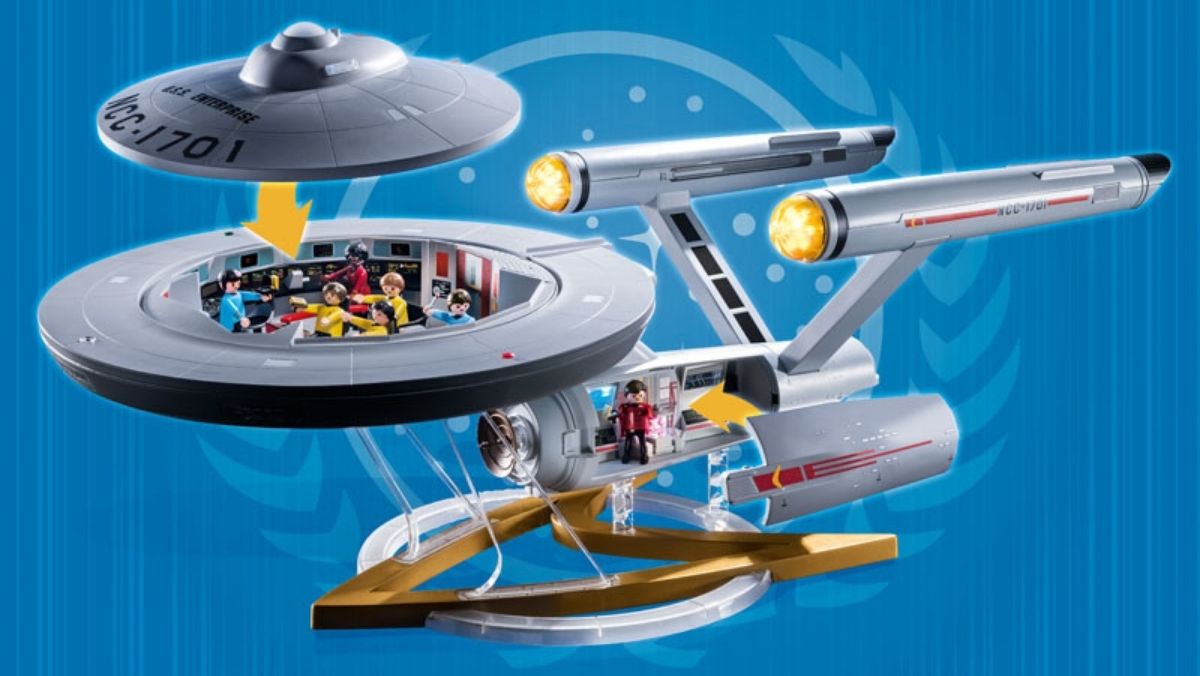 According to Playmobil, Spock is the first Playmobil figure to ever get actual Vulcan ears. For a brand that’s been around since 1974, that is pretty significant. In addition, to celebrate all things Star Trek, the set is available on September 8. This date is exactly 55 years after Star Trek debuted on television.

Though Playmobil is known for “children’s play,” this set is probably best in the hands of bigger kids. Overall, the collection is awe-inspiring and quite large. It measures about 3.25 feet (1 meter) in length. Additionally, the U.S.S. Enterprise includes working lights along with sounds and dialogue from the show. 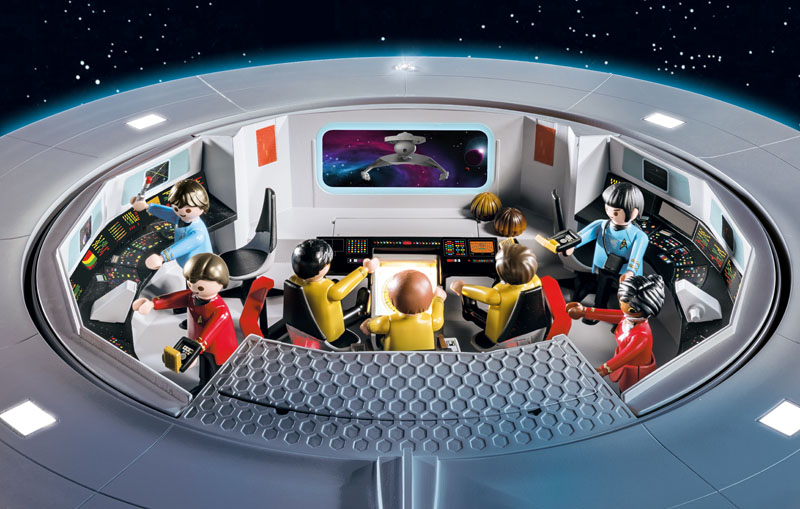 The set has 150 pieces, including accessories like communicators. The brand says that even more info is coming soon on the new set. And considering all the cool things they have shared thus far, we are excited to hear what’s next for this collection.

Additionally, the set will work with an augmented-reality app to bring the ship to life, though no details are available at the moment. Playmobil did note, via a press release, that more information will be coming soon.

Trekkies of the world, you may end up wanting to hide this set from your pint-size Trekkie. This set is indeed special. And special things always get “special” pricing.

This set will cost you $500. No, the period is not in the wrong spot. Guess it’s time to start saving those coins!

Playmobil’s Star Trek U.S.S. Enterprise will be available for purchase on September 8.