STAR TREK: LOWER DECKS Gets Down and Dirty in First Trailer - Nerdist

STAR TREK: LOWER DECKS Gets Down and Dirty in First Trailer

Space is the final frontier. People tend to forget though that frontiers can get real messy real fast. Especially when they fill up with Holodeck poop. That type of “exploration” hasn’t exactly but a topic of discussion on live-action Star Trek shows. But as the first trailer for CBS All Access’s upcoming adult animated series Lower Decks makes clear, it will go where no Star Trek show has gone before.

And that place is the part of a Federation ship where the truly crappy work takes place.

Developed by Emmy Award winner Mike McMahan (Rick and Morty, Solar Opposites), Star Trek: Lower Decks focuses on the support crew serving on one of Starfleet’s least important ships, the U.S.S. Cerritos, in 2380. Ensigns Mariner, Boimler, Rutherford and Tendi have to keep up with their duties and their social lives, often while the ship is being rocked by a multitude of sci-fi anomalies.

Star Trek: Lower Decks obviously is not a typical Star Trek series. Previous series have focused on the heroic commanders of Starfleet. Lower Decks feels like it takes place in an alternate reality. And while comparisons to Rick and Morty will be inevitable, especially since Mike McMahan created this new series, by taking place in the Star Trek universe it will be able to mine the franchise for untapped humor, all while still feeling familiar. It’s a premise ripe for comedy and misadventure.

It will also reshape the way we think about every Star Trek show. It already has. We’ve never really thought about Holodeck waste management before. Now we have questions. 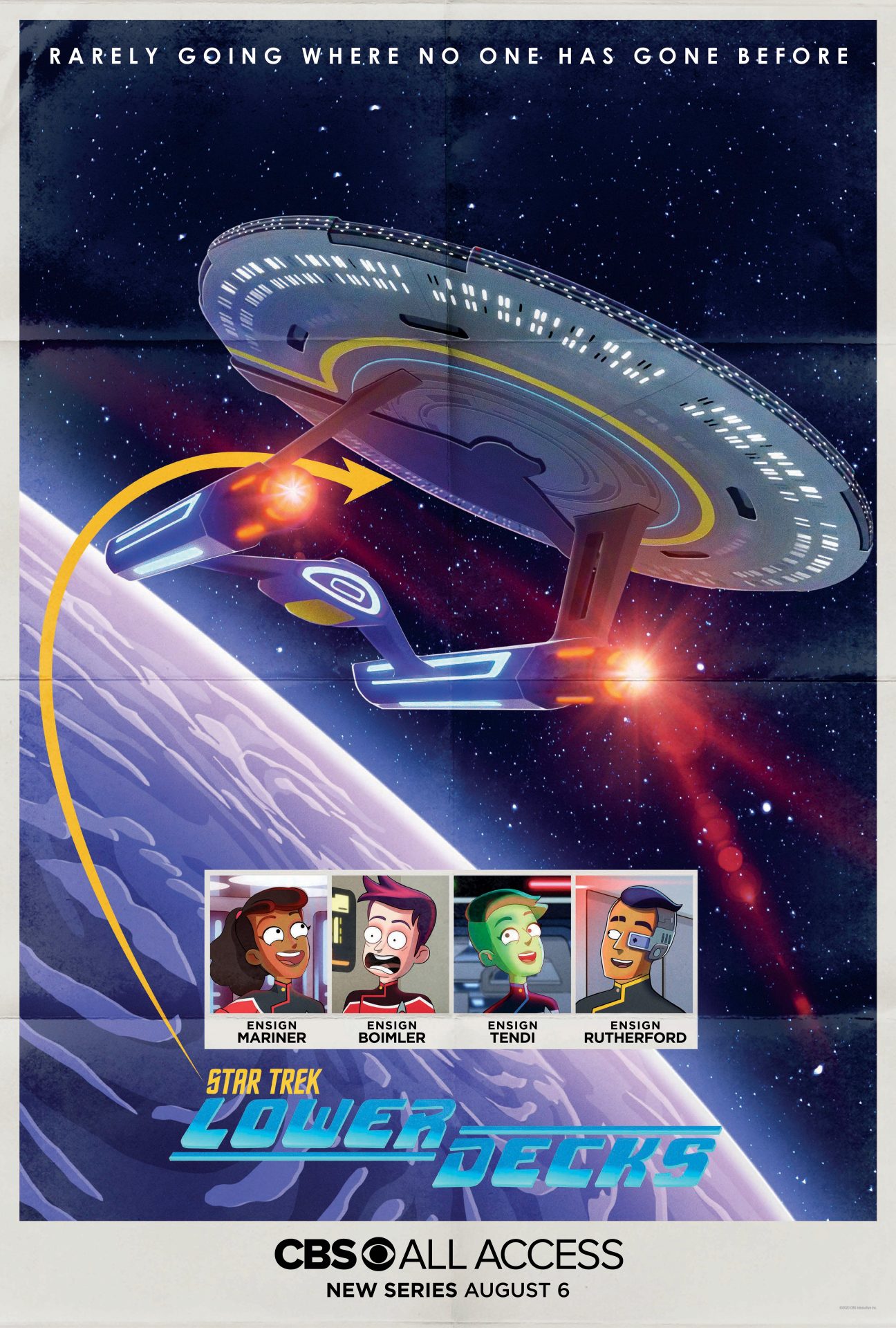 The ten-episode first season of premieres on CBS All Access this summer, August 6. New episodes will be available to stream every Thursday, exclusively for CBS All Access subscribers in the U.S.