Warning: The following contains spoilers for the most recent episode of Star Trek: Discovery.

When Gene Roddenberry created Star Trek in 1966, he made the series a symbol for the diverse and inclusive future he wished for humanity. Sure, the Captain was a white man, but just having an African-American woman and an Asian man on the bridge was huge deal in the mid ’60s. How huge? Network affiliates threatened Roddenberry’s job over the casting of Nichelle Nicoles as Lt. Uhura, a black female officer. When she and Shatner kissed, certain networks in the American South refused to air it. Showing people of color as capable officers back then was almost never done.

And as the gay rights movement gained traction all across the country after 1969, fans hoped Trek would finally include a gay character. And then we waited… and waited. When The Next Generation premiered in 1987, an openly gay character was still pretty much out of the question on a “family show.” But by the time Enterprise rolled around in 2001, shows like Buffy the Vampire Slayer had already begun to feature LGBTQ characters. Still, Star Trek kept shying away. 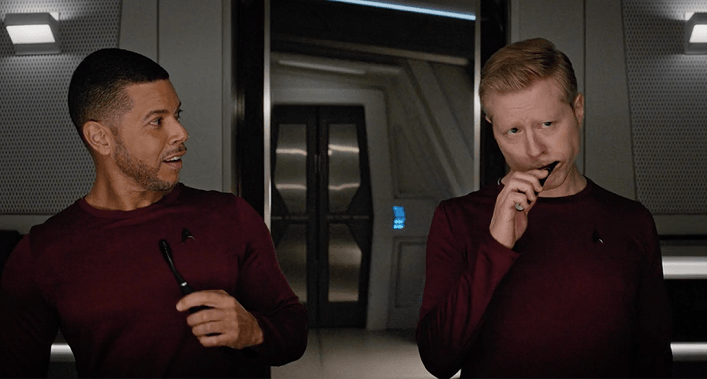 The series that had been on the forefront of inclusivity was now extremely sheepish about including a regular gay cast member. So when Discovery finally announced they were adding not merely a single gay character as a series regular but a gay couple, in the form of Lt. Paul Stamets (Anthony Rapp) and Dr. Hugh Culber (Wilson Cruz), fans were elated.

But then, the rug got pulled out from under us with the random “red shirt”-style death of Culber. In the Discovery season one episode “Despite Yourself,” Klingon sleeper agent Ash Tyler (Shazad Latif) murdered the character of Chief Medical Officer Dr. Hugh Culber. For a gay Trekker myself, after waiting years to see proper LGBT representation among the regular cast of a Star Trek series, it was like reopening an old wound and pouring salt in it. The fact that he was killed off so soon after being introduced, and in such an offhand way, recalled the way gay characters were “punished” for being who they are in old Hollywood films, and felt incredibly outdated in 2018.

So in bringing Culber back to life, this week’s episode of Star Trek: Discovery finally rights a pretty serious wrong from the show’s first season. Of course, it’s the way Culber was brought back that highlights some of the greatest weaknesses we see in Discovery‘s storytelling. 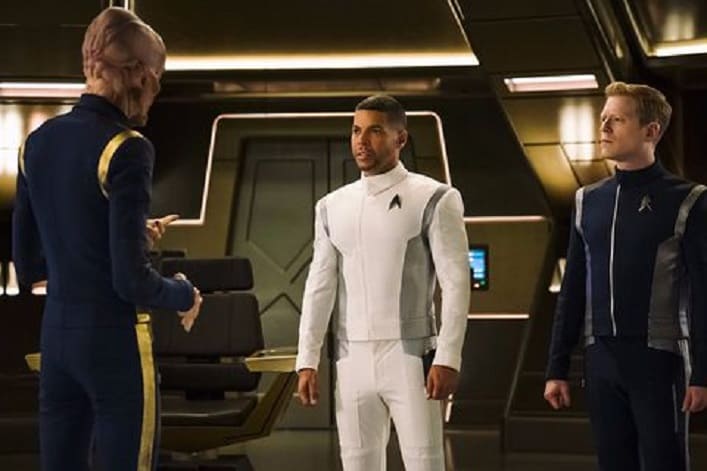 While franchises like Star Wars have always woven mysticism and magic into their sci-fi narratives, Trek has been a different animal. Star Trek has always tried to lean more on the science in its science fiction, so things like magical resurrections have been rare. Obviously, there are exceptions to this; Spock famously died in Star Trek II: The Wrath of Khan, only to brought back to life in the next film, but even that plot contrivance made a certain amount of sense. And yes, the character of Q is basically an omnipotent god, but Trek always went out of its way to show he was merely a highly advanced alien life form.

Distinct from cases like these, the central conceit of Discovery is hard for sci-fi fans to swallow. To sum up: the titular starship can appear anywhere in the universe instantly by traveling across what they call “the Mycelial Network.” This is a vast microscopic web and intergalactic ecosystem that basically leads everywhere and anywhere in the multiverse. And the key to this network are mycelium spores.

In layman’s terms, magic mushrooms allow people to think their ships wherever they want, and poof—they’re there. And to make matters more convoluted, this latest episode tells us that Culber’s soul was trapped in the Mycelial Network after death, and has now been rebirthed into a new body in our reality. Again, it’s the kind of thing that works great in Star Wars or a Marvel- or DC-style comic book science fantasy. Within the context of the Star Trek canon, the choice demonstrates how Discovery really couldn’t care less about veering too close to the supernatural. 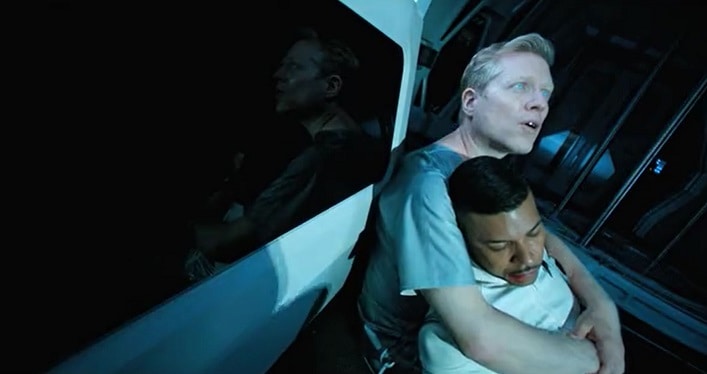 But here’s the thing: ultimately, it doesn’t matter.

By reuniting Stamets and Culber, Star Trek has a viable LGBTQ couple to tell stories with again. Now, those stories can indeed involve bad things happening to these characters—I’m not advocating for so-called “empowerment porn”—but the show needs to give the characters the chance to deal with significant emotional consequences. If Culber had been written off a few seasons down the line, leading to an interesting arc for his partner Stamets, then by all means, as the saying goes, kill your darlings.

But right out the gate, this death felt gratuitous. Hopefully now that the pair are reunited, we can move forward and tell some interesting Star Trek stories featuring an LGBTQ couple for the first time in the franchise’s history, without apology. And if the origin of this relies on magic mushrooms, we’ll take it.