One of the most important people in the creation of the Star Trek franchise has left us. Writer Dorothy Catherine “D.C”. Fontana, who helped shape the original series mythology along with its creator Gene Roddenberry, has passed away at the age of 80 after a brief illness on December 2, 2019. 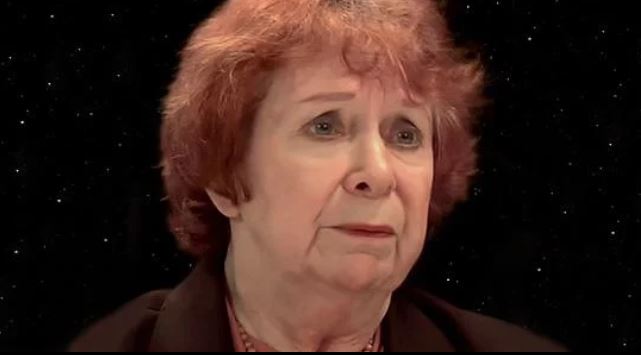 Originally a screenwriter for several western shows in the early ’60s, there she was credited under her real name. But to combat the sexism of Hollywood at the time she was submitting scripts, she changed her pen name to the gender-neutral D.C. Fontana.

Fontana began her association with Star Trek even before there was a Star Trek. She started as a production secretary on the ’60s military drama The Lieutenant, and thus she became a key member of series producer Gene Roddenberry’s staff. When The Lieutenant was canceled, Roddenberry brought her on board for his next series, which became Star Trek. He asked her to submit a script, which was for one of the show’s earliest episodes, “Charlie X.” The script about a boy with extraordinary mental powers became a template for what kind of stories Trek would become best known for. 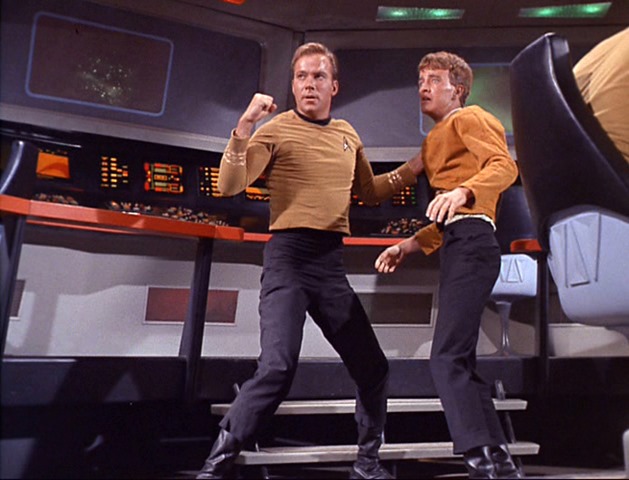 From there, Fontana became a story editor on the series for its first two seasons. She wrote or co-wrote ten episodes, many of which became beloved fan favorites. She wrote the very first time-travel episode of Trek, “Tomorrow is Yesterday,” as well as giving fans their first-ever glimpse of a happy and emotional Spock in “This Side of Paradise.” She created the characters of Spock’s parents, the Vulcan Sarek and the human Amanda Grayson, for the second season episode “Journey to Babel.” That episode also introduced the often-used species the Andorians to Trek lore. And she expanded the Romulan culture in the third season’s “The Enterprise Incident.” Many of the elements she introduced in her scripts became Star Trek storytelling staples for decades. 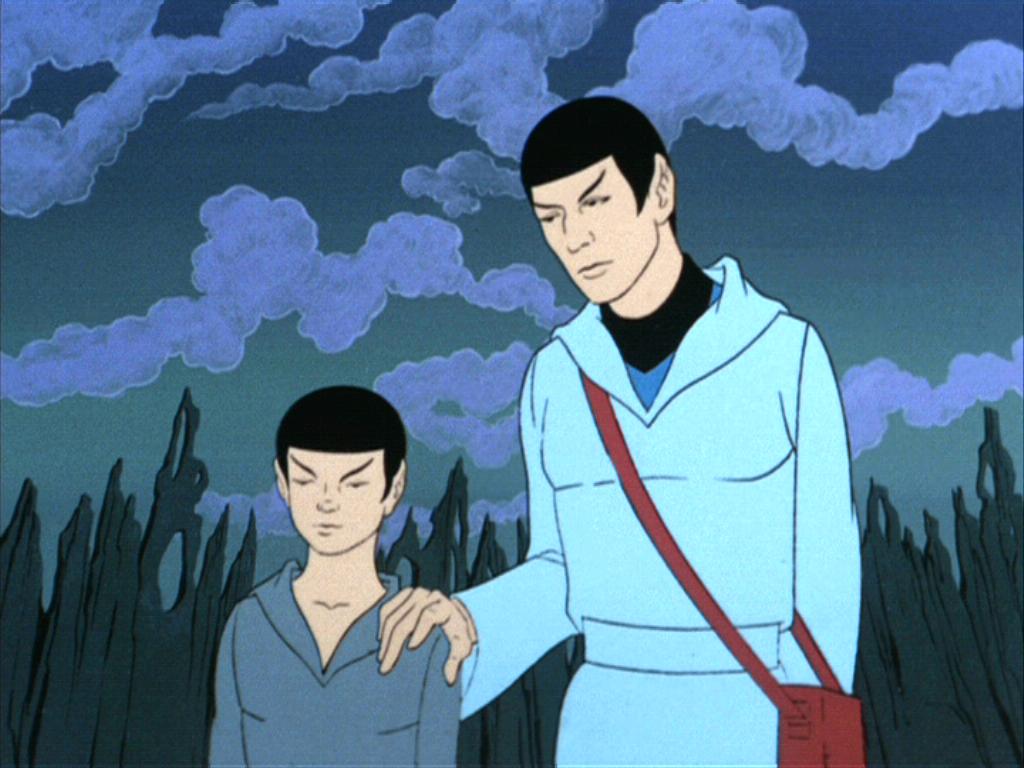 After the original series, she came back to the Star Trek franchise several more times. She wrote “Yesteryear” for the 1973 Star Trek: The Animated Series, an episode that would provide backstory for Spock’s portrayals in not only his Next Generation appearance “Unification,” but also for young Spock in J.J. Abrams’ 2009 Star Trek reboot film. It is widely considered to be the finest episode of the animated show. 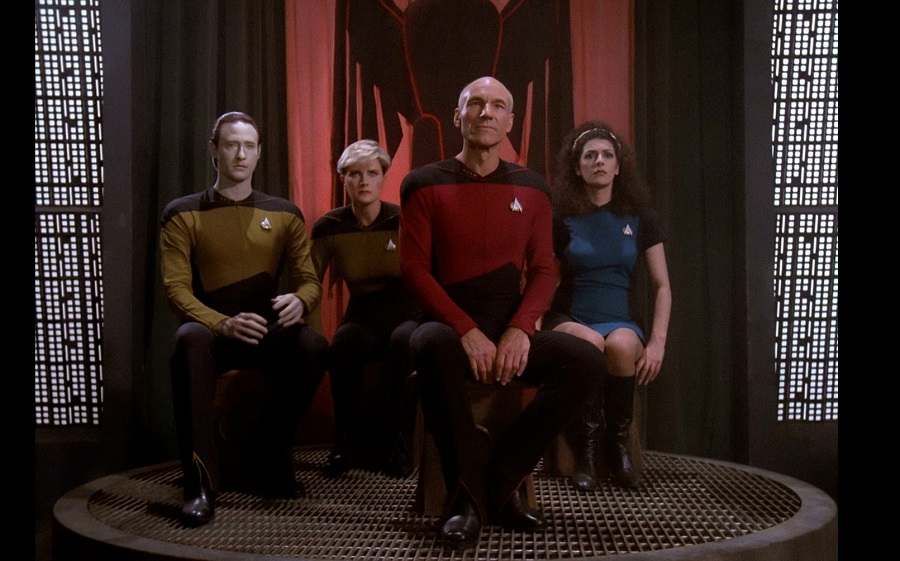 When the time came to launch Star Trek: The Next Generation in 1987, Roddenberry asked D.C. Fontana to return as a series producer. She wrote the pilot script for “Encounter at Farpoint,” although it would be heavily re-written by Roddenberry later on. That first episode would define the voices for most of the main cast for TNG‘s seven-season run. Although she only remained with TNG for its first season, she wrote one of the series’ earliest Klingon centric-episodes, “Heart of Glory.” The episode helped define who the Klingons were as a race in the TNG timeline. Her last live-action Star Trek TV script was for the Deep Space Nine episode “Dax” in that show’s first season. 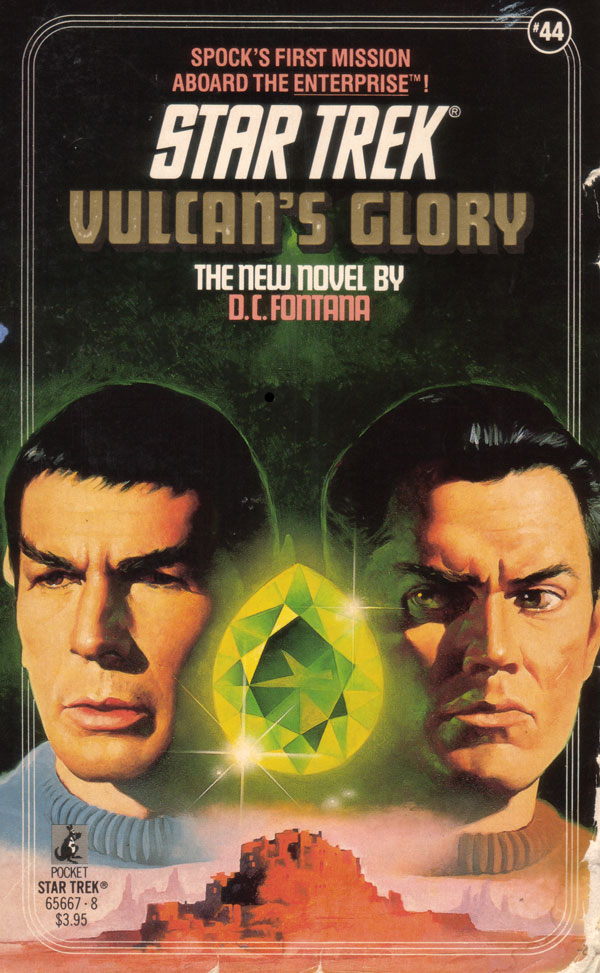 D.C. Fontana’s Star Trek association didn’t end with the television series, however. She wrote the 1989 Star Trek tie-in novel Vulcan’s Glory, which told the story of Spock’s first mission with Captain Christopher Pike on the Enterprise. Her only Star Trek novel, it broke ground for giving fans the first in-canon Vulcan sex scene. She wrote an issue of the IDW Star Trek: Year 4 comic which was a sequel to “The Enterprise Incident”, and she crafted the storyline for the video game Star Trek: Secret of Vulcan Fury. One of her final Trek contributions was to write an episode for the fan-made series Star Trek: New Voyages.

But Fontana’s contributions to genre favorites didn’t end with Star Trek. Her resume included classic sci-fi and fantasy adventure series like The Six Million Dollar Man, Land of the Lost, Buck Rogers in the 25th Century, Babylon 5, and even animated shows like He-Man and the Masters of the Universe and Silver Surfer. Her fingerprints are all over much of the most iconic television sci-fi and fantasy of the past century, and she left a truly indelible mark. And certainly, the Star Trek franchise would be vastly different without her contributions to it.

D.C. Fontana is survived by her husband, the visual effects artist Dennis Skotak.