A Treasure Hunt with Stanley Tucci Awaits in LA FORTUNA

Waiting for Stanley Tucci content is like waiting for tiny drops of joy. If you’re anything like, oh, the internet, you’ve probably made his Negroni recipe for relaxing with. Or, perhaps you prefer to watch him make the classic Italian adult beverage on his popular CNN show Stanley Tucci: Searching for Italy. On repeat. Many times a day. But that may just be me.

Unfortunately for us Tucci fans, we must wait for Searching for Italy season two until sometime in 2022 (waves fist at 2021). But, AMC+ is here, filling the Tucci void with the upcoming La Fortuna.

The synopsis is below:

In La Fortuna, Álex Ventura (Mel) is a young and inexperienced diplomat. He unintentionally becomes the leader of a mission that puts all his convictions to the test: recovering the sunken treasure stolen by adventurer Frank Wild (Tucci). Wild travels the world plundering items of common heritage from the depths of the sea. Álex forms a unique team with Lucía (Polvorosa), a combative public official, and Jonas Pierce (Peters), a brilliant American lawyer with a passion for old pirate tales. Together, they set out on the adventure of a lifetime. One which he learns about the importance of love, friendship and commitment to your own beliefs. 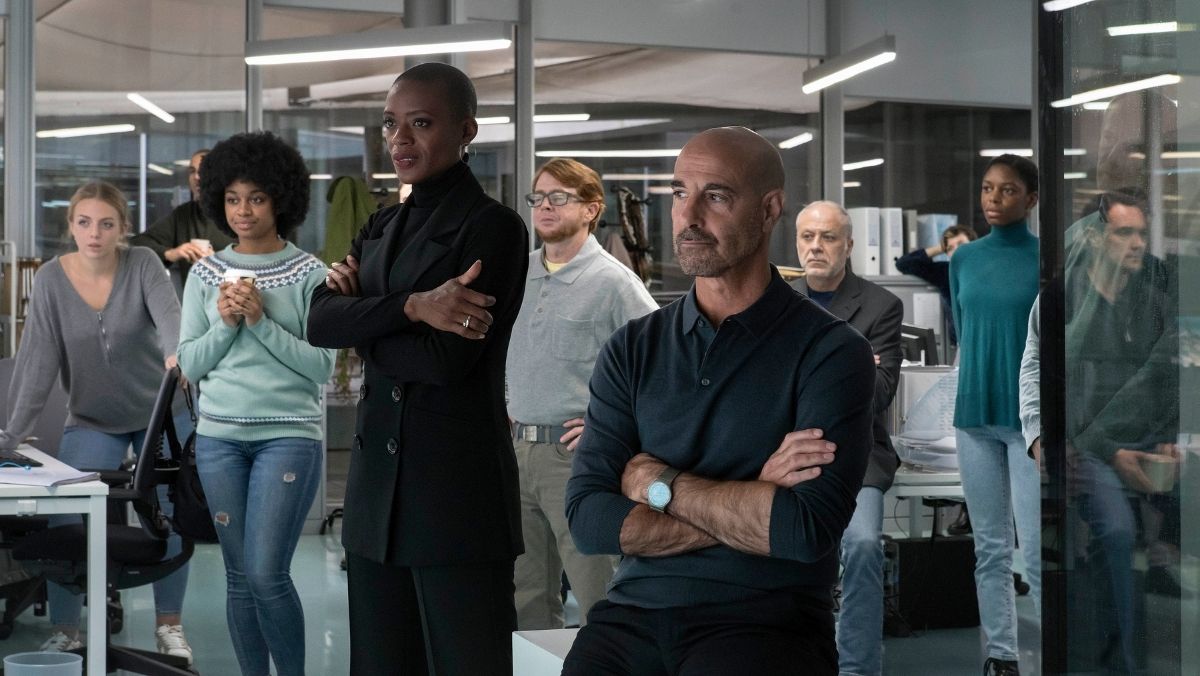 Alejandro Amenábar is set to write and direct all six episodes of the bilingual series. The addition of Amenábar makes this project all the more exciting. The writer-director is best known for writing The Others and the English and Spanish versions of Vanilla Sky. So you know this won’t be your average treasure hunt! Additionally, the series is co-written by Alejandro Hernández and produced by Fernando Bovaira and Domingo Corral.

An underwater treasure hunt starring our favorite 60-year-old Italian-American? Sign me up immediately! And La Fortuna sounds like a perfect adventure. Plus, with filming locations all over Spain, and well, Tucci himself, the beautiful visuals themselves will be well worth the watch.