THE WITCHES Cast Explains How to Spot a Witch - Nerdist

THE WITCHES Cast Explains How to Spot a Witch

Robert Zemeckis’ adaptation of Roald Dahl’s classic kid’s book The Witches is coming to HBO Max later this month. It’s one of this spooky season’s new movies we’re most looking forward to. Of course, none of us will get a chance to see it if we’re all turned into mice first. So we all need to be careful. Fortunately, the film’s stars are here to help us avoid becoming cat fodder. Anne Hathway, Octavia Spencer, and Stanley Tucci contributed to a helpful guide on how you can spot one of those child-hating creatures.

If long gloves and a wig aren’t a dead giveaway, a monstrous smile will be.

The promo—which we first heard about from People—reminds us of the tell-tale signs that certain classy, dignified, well-mannered women might really be kid-loathing witches. Hey, don’t scoff. You might not believe, but they aren’t just legends. As the new Grand High Witch, Anne Hathaway says, “They’re real, they’re here, and they live amongst us.”

So how can you tell if you are really talking to a witch and not a human candy shop owner? Look for these unmistakable witch-identifying clues: 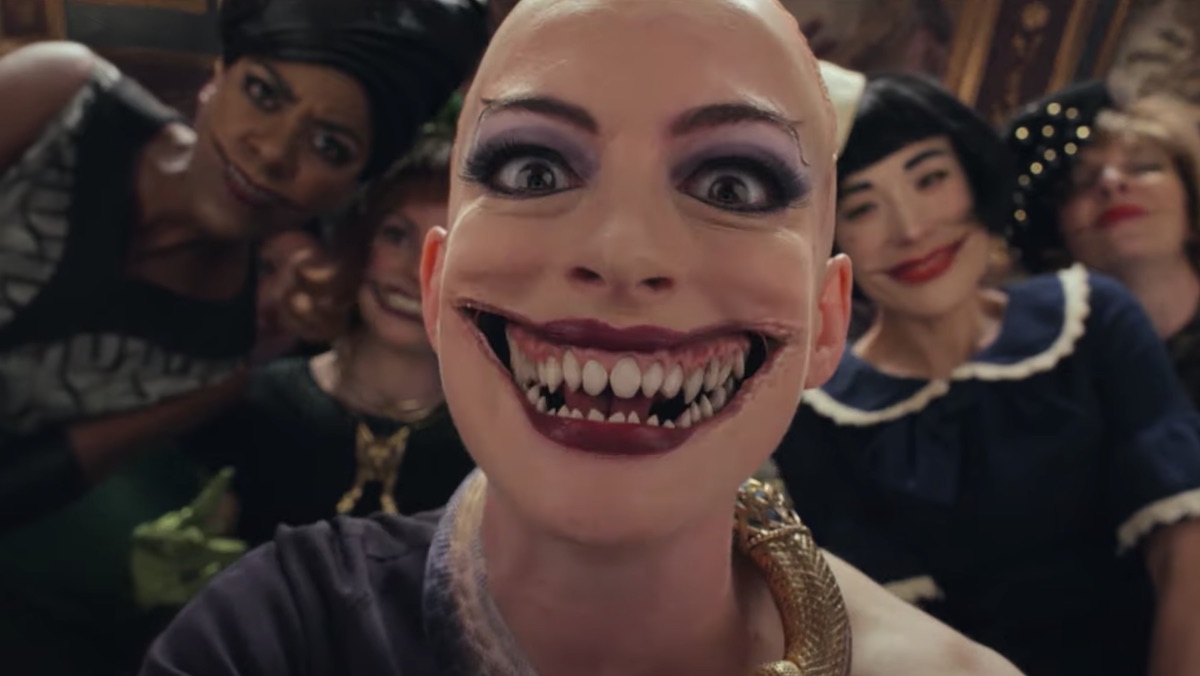 Also, as anyone who has read Roald Dahl’s 1983 book or seen the 1990 film knows, they sometimes offer free chocolate to unsuspecting young children who can’t help themselves. Chilling. I was such a high risk to become a witch victim when I was a kid.

Not that being adult eases my fears. Those “smiles” are genuinely horrifying. I would not want to meet a real witch, no natter how much I want to see this movie.

So be extra careful out there this month everyone.

The Witches comes to HBO Max on October 22.