There’s something about zooming in on the life of bugs that’s so otherworldly. The springtail bug, for example, is a six-millimeter-long aquatic insect that’s able to blast itself off surface water; it can perform at a rate of 290 backflips per second. These flips happen so fast that you can only catch every nuance by recording them at 73,000 frames per second.

Peta Pixel picked up on the video above, which the YouTube channel Ant Lab recently posted. Ant Lab is a part of the Evolutionary Biology & Behavior Research Lab at the North Carolina Museum of Natural Sciences; Dr. Adrian Smith, who stars in the segment, heads the program.

In the video, Smith shows the way springtails slap a unique appendage, called a “fulucula,” against water’s surface or the ground, and subsequently launch themselves into the air. The spring-loaded fulucula, which looks like a tuning fork, moves so quickly that a slow-mo camera recording at more than 10,000 fps can’t catch it. Hence Smith’s usage of one that records at 73,000 fps.

15 backflips only to land on yr face and float away in shame. pic.twitter.com/l9mgd7Jtpa 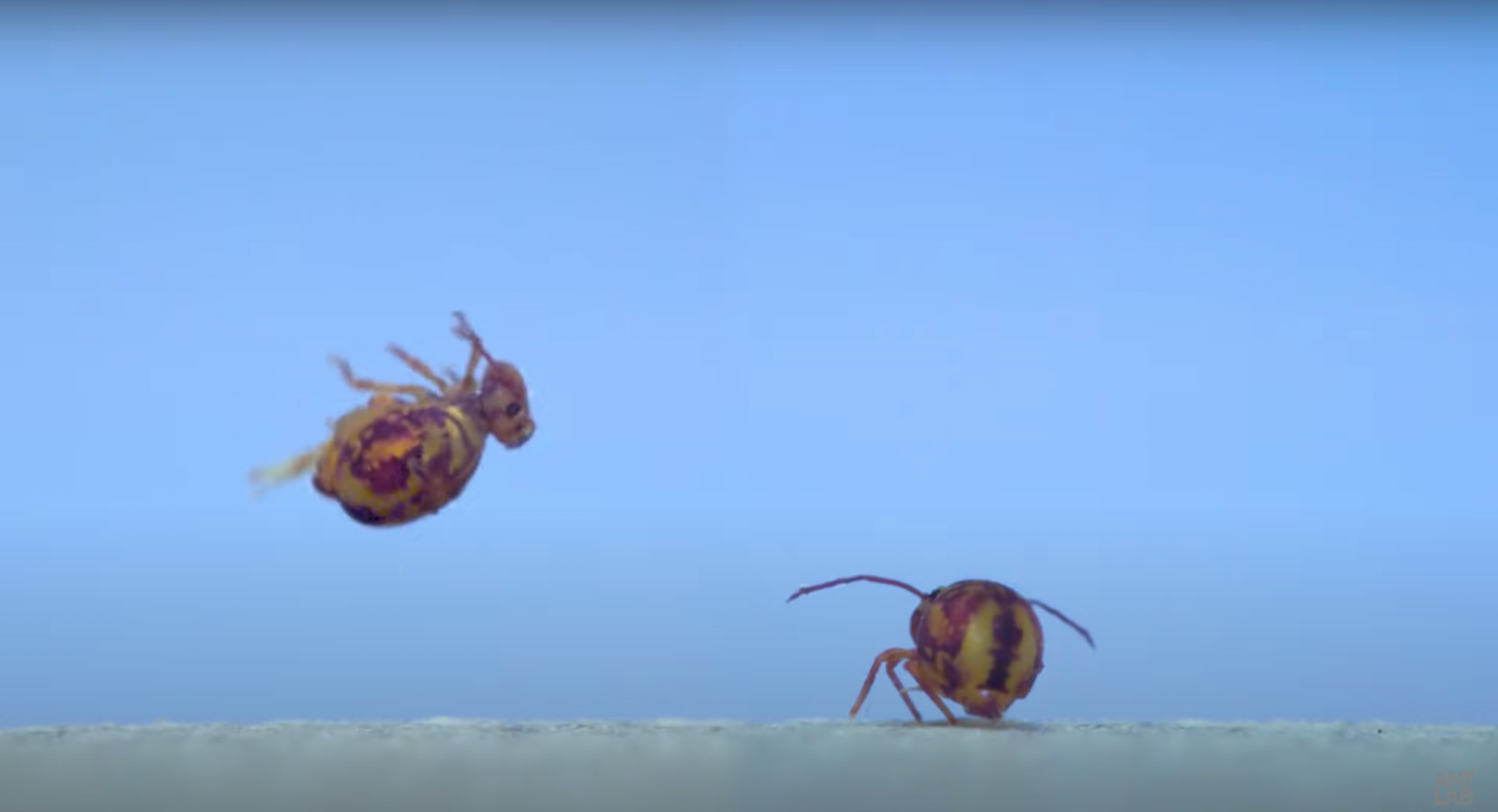 At a little over four-and-a-half minutes into the video, Smith shows several springtails popping in super slow mo. (Incidentally, at that speed, the camera could only record in black and white.) This shows in vivid detail how a springtail’s fulucula generates so much upward momentum. Enough, in fact, to launch the insect to an altitude equal to 86 times its body height. For reference, that would be the equivalent of Olympic track and field gold medalist Carl Lewis leaping 500 feet in the air.